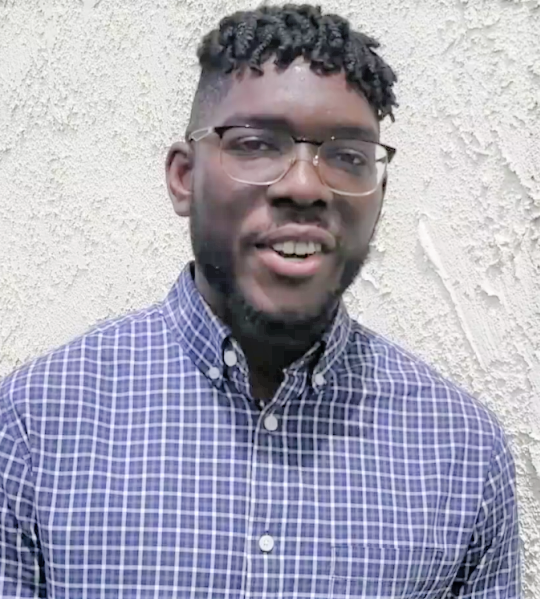 Tazmanian Devil is not Onita’s only body of work. He also wrote and directed Joy which has been screened in over 60 film festivals and distributed on all HBO platforms including Cinemax. Witch Hunt, another short film from Onita won an award at the African International Film Festival and currently runs on Issa Rae’s Short Film Sunday Channel.

Tazmanian Devil is about a Nigerian immigrant Dayo (Attah) who moves to the United States. He struggles to find a balance between his desire to join a college fraternity and bonding with his estranged father who is a strict pastor at a local church. His father does not want him to be a part of a fraternity.

In a recent interview with Onita, he talked about what kind of response he thinks he’ll get from fraternities, which he expects will be controversial.

He said in his portrayal he “didn’t hold back about fraternities or religion.”

A member of the Alpha Phi Alpha Fraternity Inc., he said he spoke with a couple of fraternity members and he said they told him they thought the portrayal of the fraternities was right on.

Also, because Black frats are founded on Christian principles, he said he suspects it will be controversial in the faith-based community as well.

Tazmanian Devil opens on on-demand streaming services and other streaming platforms for 9o days on February 9, 2021.

Prev ArticleNext Article
Use your ← → (arrow) keys to browse
In this article:Marva Sneed

There was love everywhere when the Iota Phi Lambda sorority sisters of Dorothy Jones showed up and let Ms. Dorothy know that they were...

On Friday, July 15, 2022, Judge Cheryl Shannon of the 305th Dallas County District Court  heard the remainder of a case related to certifying...

Brief and PhotosBy Marva Sneed The City of DeSoto and Local Churches partnered with South Toyota to Fil-A-Tundra of toys for families in the...