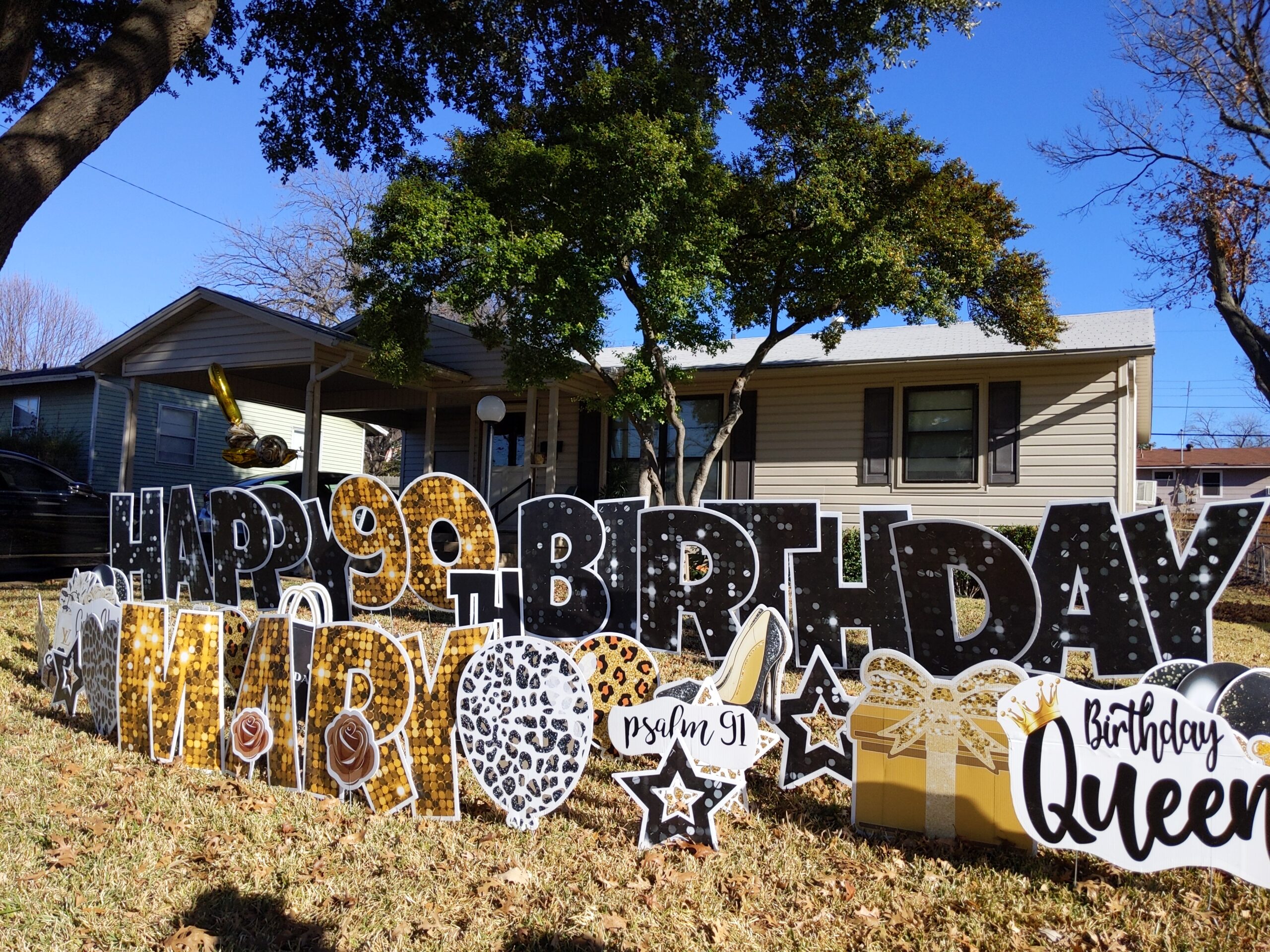 Mary Ann Bussey officially turns 90 on December 29th and while requests to stay-at-home may have dampened many celebrations this year, that didn’t stop one local family from looking for a big way to say “Happy Birthday” to their matriarch.

In fact, it appeared that they’d ordered the perfect sunny Saturday to honor her life with a surprise for the special occasion.

The family managed to keep the drive-by a surprise until early Saturday morning.

“I wanted to celebrate my mother in a big way,” said her daughter, Carolyn Crawford. “I told her we wouldn’t be able to celebrate by going out this year (due to the pandemic) but that just a few folks would stop by to stay ‘hello.’”

For the occasion,  Bussey got gussied up in a black and gold sweatshirt along with a crown and sash.

As she sat in front of a large birthday display in her yard to await the celebration, she was joined by more than 20 family members and friends who handed out individually wrapped cupcakes to well-wishers.

And it was indeed a party for a queen, as more than 50 cars gathered at 2 pm on Saturday at the Hamilton Park Pacesetter School, 8301 Towns St, Dallas, to ride by Bussey’s house and wish her well.

Thomas Jefferson, the unofficial mayor of Hamilton Park, presented a proclamation of special recognition to Bussey in honor of her life and special dedication to the community, signed by Dallas Deputy Mayor Pro Tem Adam McGough.

Bussey is one of the original homeowners in Hamilton Park and has lived in the neighborhood for more than 60-years. She was a member of the Parent Teachers Association, Hamilton Park School Band Club, Hamilton Park Civic League and she served as a homeroom volunteer and chaperone for school events. An active member of Mt. Pisgah Missionary Baptist Church in Richardson, she loves to work out at the Aaron Family Jewish Community Center of Dallas.

“I can’t imagine…All these people came to see me,” she said, looking in awe as the cars rode by; many with balloons, signs, cards or gifts for the soon-to-be nonagenarian.