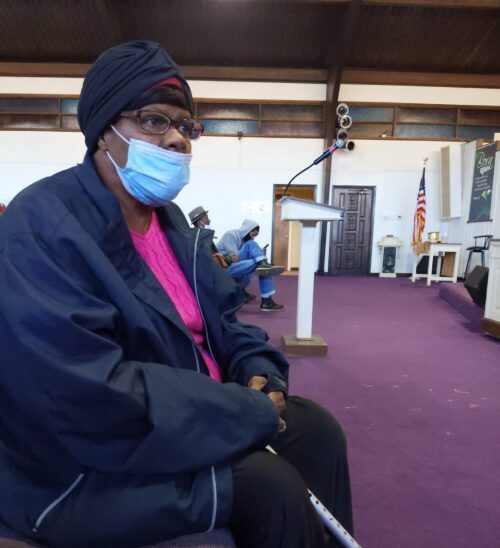 On Christmas Eve, while other families were preparing for their celebrations, a solemn group gathered at New Mount Rose Missionary Baptist Church in Fort Worth to hopefully learn more about the death of Fred “Action” Jackson.

For his mother, Rosie Johnson, 71, this was not how she planned to spend the holiday and she shared her feelings at the gathering.

“It’s a bad feeling I have,” she said. “My son won’t be with his father on Christmas.”

Jackson, 38, was a former security officer and two-time Dallas County Justice of the Peace candidate. He was found dead under suspicious circumstances at a Southlake home on November 24.

Police initially said that an autopsy would be done on Jackson but after several weeks of no action, his body was released back to the family and a Dallas funeral home.

One month later and two questions remain that the family desperately want answered:

Preliminary reports from the Tarrant County Medical Examiner’s office were inconclusive so Jackson’s family raised money for an independent
autopsy.

They believe the answers might be in those results, but the latest toxicology and autopsy reports, though recently completed, could take several more weeks to come back.

“I’m trying to stay strong but it’s hard,” said Johnson.” I just want to know what happened to my son. I need to find justice.”

Beyond those questions, the actions of local officials are now also being called into question. One area leader said the case was treated differently because Jackson was Black.

“They are covering up for something they did wrong,” said Pastor Kyev Tatum who serves as the pastor of New Mount Rose Missionary Baptist Church. “We have evidence showing that they didn’t do what they were supposed to do.

“We’re going to write to the U.S. Justice Department and ask for an inquiry into a potential hate crime. We think there are too many holes in this story, from the police department to the medical examiner, that gives us reasons to pause.”

For now, Tatum said the community is focused on helping a grieving mother heal.

“How they handled this mother was hateful and heartless,” he added. “We cannot change other people’s actions but we can accept responsibility as a community for how this mother lost her son.”

Services for Jackson were held on December 28 in DeSoto.

“It’s time for me to lay him to rest,” said Johnson. “I want him to have the opportunity to go on to his next journey peacefully.”

This is a developing story. We’ll give updates on the situation as we learn more.