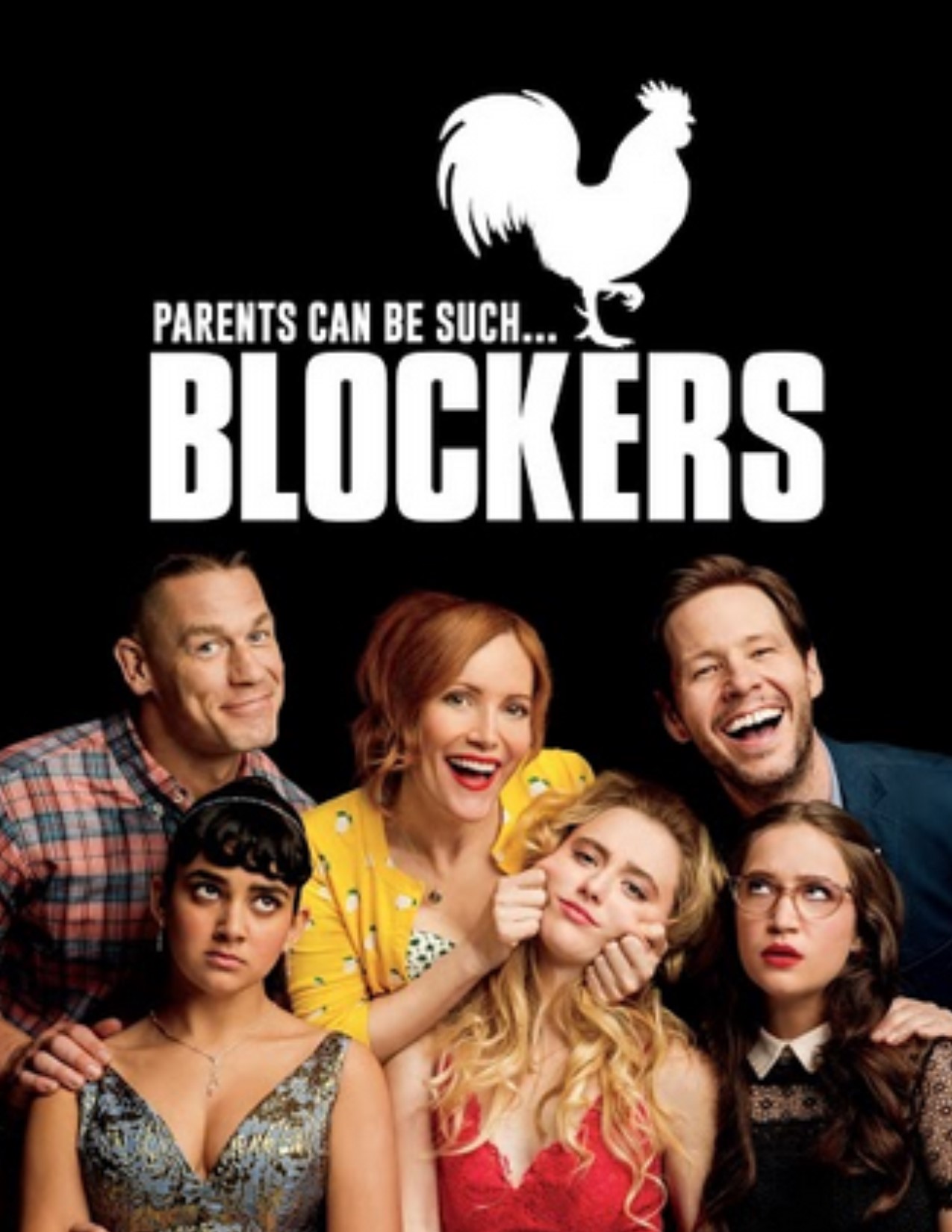 Blockers is a raunchy new comedy starring Leslie Mann (from the movies This is 40 and Knocked Up), and John Cena, former WWE pro-wrestler. It’s directed by Kay Cannon, who was the screenwriter for the Pitch Perfect movies. Cannon knows a thing or two about making bawdy comedy movies, and as a first-time director, she packs this movie with plenty of side-splitting laughter that will also make you blush.

The story is pretty basic: three teenage girls, who have been friends since kindergarten, make a pact to lose their virginity on prom night, and when their parents find out about the plan (through a left open laptop), they spring into action to prevent the three girls from carrying out their mission. The end result is almost two hours of non-stop laughter that will appeal to both teenagers and to parents. Ike Barinholtz joins the other two parents, but not to stop the plan, but rather as the absentee father, Hunter, who wants his daughter to have the night of her life.

The comedy comes from the point of view of the parents who have to figure out their kids’ world of emojis and social-media slang to track down clues to track down their kids. It was also refreshing (while uncomfortable for a parent with two daughters) to see a sexual “coming-of-age” movie from the teenage girl’s perspective for a change.

There are some obliatory “heart tug” moments in the film from a mom who is afraid to be alone once her daughter heads off to college and from a dad who realizes that maybe, he didn’t do such a bad job of raising his daughter with the right values after all. There are also some way over-the-top vulgar moments in the film, but, unapologetically, I laughed at them while being shocked at the same time. This movie is hilarious!

Blockers is rated “R” for some very crude sexual content, drug use and language, and it runs for 1 hour and 42 minutes.

On my “Hollywood Popcorn Scale,” I rate it a LARGE.

Prev ArticleNext Article
Use your ← → (arrow) keys to browse
In this article:movie review