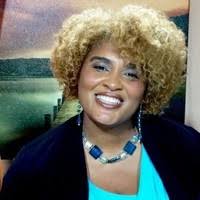 This last month has been an interesting and yet, painful month to witness. First, the Dallas Morning News article sharing the story of the women who attended IBOC Church accusing the pastor of inappropriate behavior when they were girls. After reading the article, I wrote the following on my Facebook page, “You can make your own decisions on this article but at the core of the matter, The Black Church as an institution has an issue with addressing misogyny and sexual abuse.

It is so easy to condemn Priests for their behavior or Boy Scout leaders but until we also examine this Pathology in our community, more lives will be impacted. I wrote an article years ago about my own experience at the hands of a Pastor and praised God I got away, but the psychological damage was real. I didn’t stop believing in God or in the power of the church, but I will always speak the truth. It is an abuse of power and position using authority as a tool for oppression. This must stop. The secrets must stop and protecting predators must stop.” So many women have these experiences.

The Black Church has traditionally turned its head despite rumors and the cries for help. We often blame the woman which continues to create an environment that excuses bad behavior. On top of that, the Breonna Taylor verdict was announced. The men who shot into her apartment were not held responsible for her death and the attorney general, a Black man, brought charges against only one of the officers and that didn’t even address the disregard for her life. Once again, I felt hurt and wounded for my sisters. In addition to the amount of time it took for the case to be acknowledged, we did not receive justice for her death.

I was in a conversation earlier this week with two Black men I respect tremendously and the comment was made about the lack of support Black women receive by Black men, even activist circles. Black women are not given the credit for the work they do and are carrying a lot of the load. This is not just applicable to the justice arena but to so many areas including the church. We show up, do the work and are often abused sometimes by our very own. There is a book that is not in the Protestant Bible but can be found in the Catholic Bible that speaks to this situation we face. In the book of Susanna (sometimes called the Judgment of Daniel) which is not canonized, tells the story of Susanna who was accosted by religious elders to have sex and threatened that if she told about it, they would accuse her of cheating on her husband.

She denied the accusation and was sentenced to death. Daniel was led by God to question the accusers individually and found that they had lied. They were then put to death. Chapter 1, v. 62 states, “And according to the law of Moses they did unto them in such sort as they maliciously intended to do to their neighbor: and they put them to death. Thus the innocent blood was saved the same day. 63 Therefore Chelcias and his wife praised God for their daughter Susanna, with Joacim her husband, and all the kindred, because there was no dishonesty found in her.”

My goal is not to focus on the specific situation or a particular accusation. It’s bigger than that. It is acknowledging this dark secret that plagues our community and has generational impact. Know that women have been violated for centuries—it has to stop. Many women have told the truth and have been called liars. We are all important and as members of the community (and neighbors, sisters, daughters, aunts, nieces, and friends) deserve respect, compassion, care and protection. We need our men and the institutions that we support to step up and stand with us. As in Susanna, innocent blood must be saved.

Dr. Froswa’ Booker-Drew is the author of three books and has recently launched the podcast, The Tapestry. Dr. Froswa’s Tapestry is about bringing people together to explore the rich, woven textures of our narratives. Our stories are impactful and in listening to the stories of others, we learn more about our own power, claim our purpose and pursue our passion. The fabric of our lives as women is strong, resilient and when we come together, we can make a beautiful piece of work to inspire, support and sustain our personal and professional lives. Visit https://www.spreaker.com/show/the-tapestry_1 to listen. Learn more about Dr. Froswa’ at https://drfroswa.com/.

Prev ArticleNext Article
Use your ← → (arrow) keys to browse
In this article:Dr. Froswa’ Booker-Drew

TO BE EQUAL: Celebrate the Women Who Shape the Racial Justice Movement

1 in Every 200 NYC Children Have Lost a Parent or Caregiver to COVID. That’s Almost Twice the National Rate. 

FAITHFUL UTTERANCES: Are You There God?

One of my favorite books as a child was by Judy Blume called, Are You There God? It’s Me, Margaret. The book was about...

FAITHFUL UTTERANCES: Walking on the Water of Life

I love water. Strangely enough, I cannot swim. As much as I love being near water and the sound it produces, I have grown...

The kiss of betrayal isn’t something that happens immediately. Judas allowed his resentment and greed to go unchecked. Instead of recognizing his need for...

I have been really blessed to work in philanthropy and elated to share my experiences in my new book, Empowering Charity: A New Narrative...