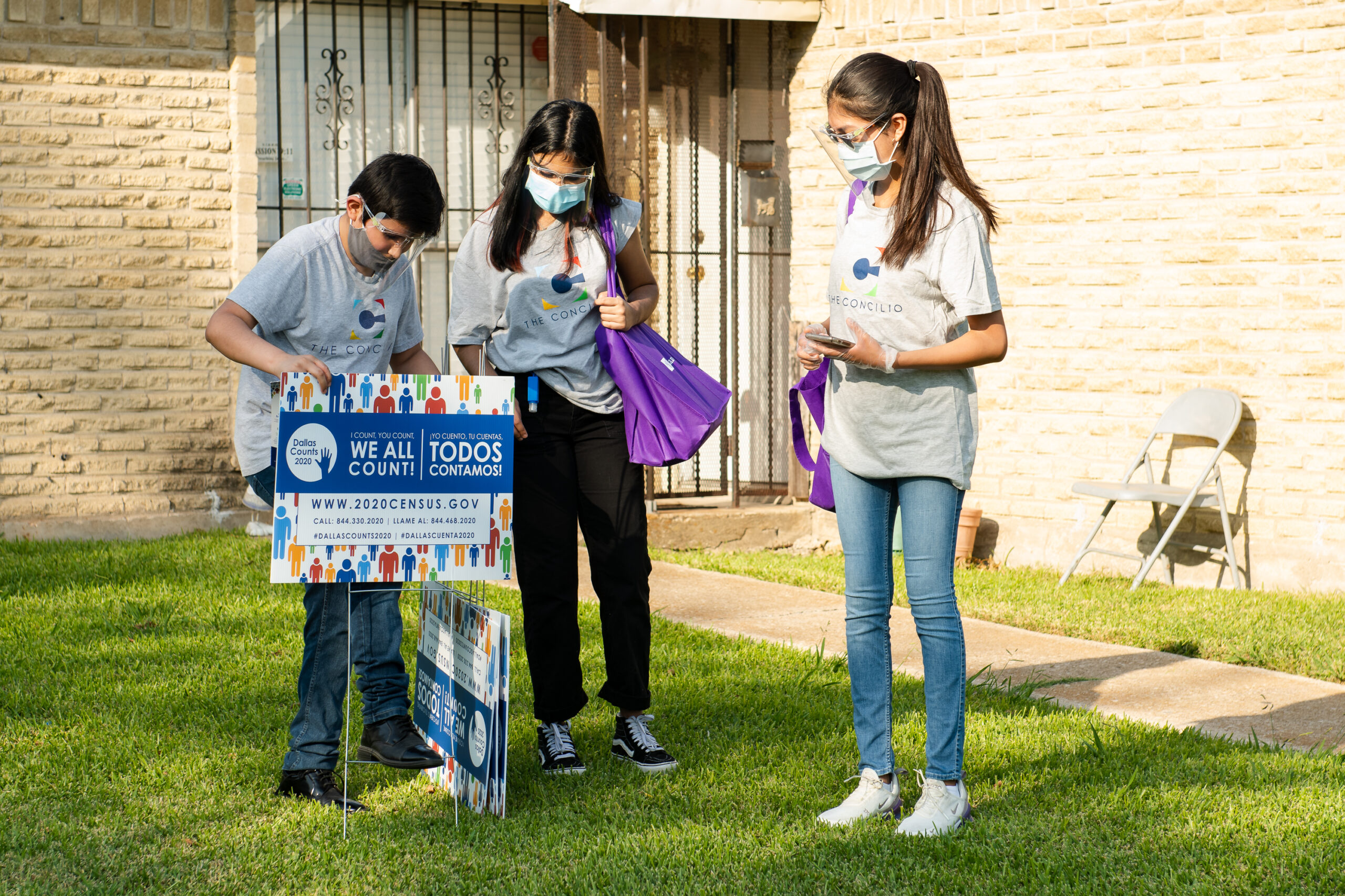 Most high school students are too young to complete a household census themselves, but that didn’t stop more than 20 civic-minded students from donning masks and face shields to walk door-to-door in the Pleasant Grove neighborhood to raise awareness about the census deadline.

Gathered at the Young Men’s Leadership Academy at Fred F. Florence Middle School earlier this month the students said they knew what was at stake in one of the area’s hard-to-count communities.

“It’s important for people to fill out the Census because it gives the government information about where to put their funding. It also determines how much representation people get in the government,” said Booker T. Washington student Neha Dhanekula, 17, referring to more than a trillion dollars that will be allocated for everything from schools, hospitals and roads to emergency response and disaster relief.

“We’re just giving them the information they need to fill out the census,” added Zoey Barnes, also 17. “A lot of people don’t actually know that they can go online and take it. It just takes 10 minutes.”

Florencia Velasco Fortner, CEO of The Concilio, who helped organize the block walk with Dallas County Counts, the area’s local census effort, said that the goal of the teen volunteer drive was not only to give out as much information on how to get counted in the census as possible, but also to empower young people.

“We’re partnering with Dallas County to change the community, and these young people see this as an opportunity to change and impact their future,” said Fortner.

“We want to make sure that everybody is counted.”

“Everyone is important and everyone should be counted,” said Booker T. Washington High School student council president Alex Rounsoville, 18. “The little things go a long way and his is a good opportunity to let the community know that there’s someone looking out and in their corner.”

Originally the Census 2020 was supposed to end July 31st, but as the country continues to grapple with COVID-19, the deadline has been steadily pushed back. The latest deadline for self-response and field data collection operations stretched to October 5, then the end of the month, now this week.

As of October 3, just 62.4 percent households in Texas had been counted according to the Census Bureau, both through self response and by census takers. In the Pleasant Grove neighborhood, where self-reporting numbers remain behind local and national averages, the students hoped the additional time would be enough to convince local residents of the need to stand up and get counted.

“It’s extremely important for underrepresented communities to fill out the Census to get the funding that they need,” said Dhanekula.

Before the evening was over, an additional 30 high school students would also meet in neighborhoods in Bachman Lake and Northeast Dallas to help get the word out.

“Sometimes we get backlash, but most of the response has been really positive,” said Booker T. Washington’s Gloria Fortner. “We’re doing our part as citizens to help make change.”

In Pleasant Grove, the students practiced role playing and exchanged numbers before gathering up their materials in bright purple bags and heading out into the neighborhood in two groups, one accompanied by a small ice cream cart to hand out treats to local residents.

“We always complain about what other communities have. If you want to better your community, fill out the census,” said Rose Pena, 15, who is also involved in her local League of United Latin American Citizens.