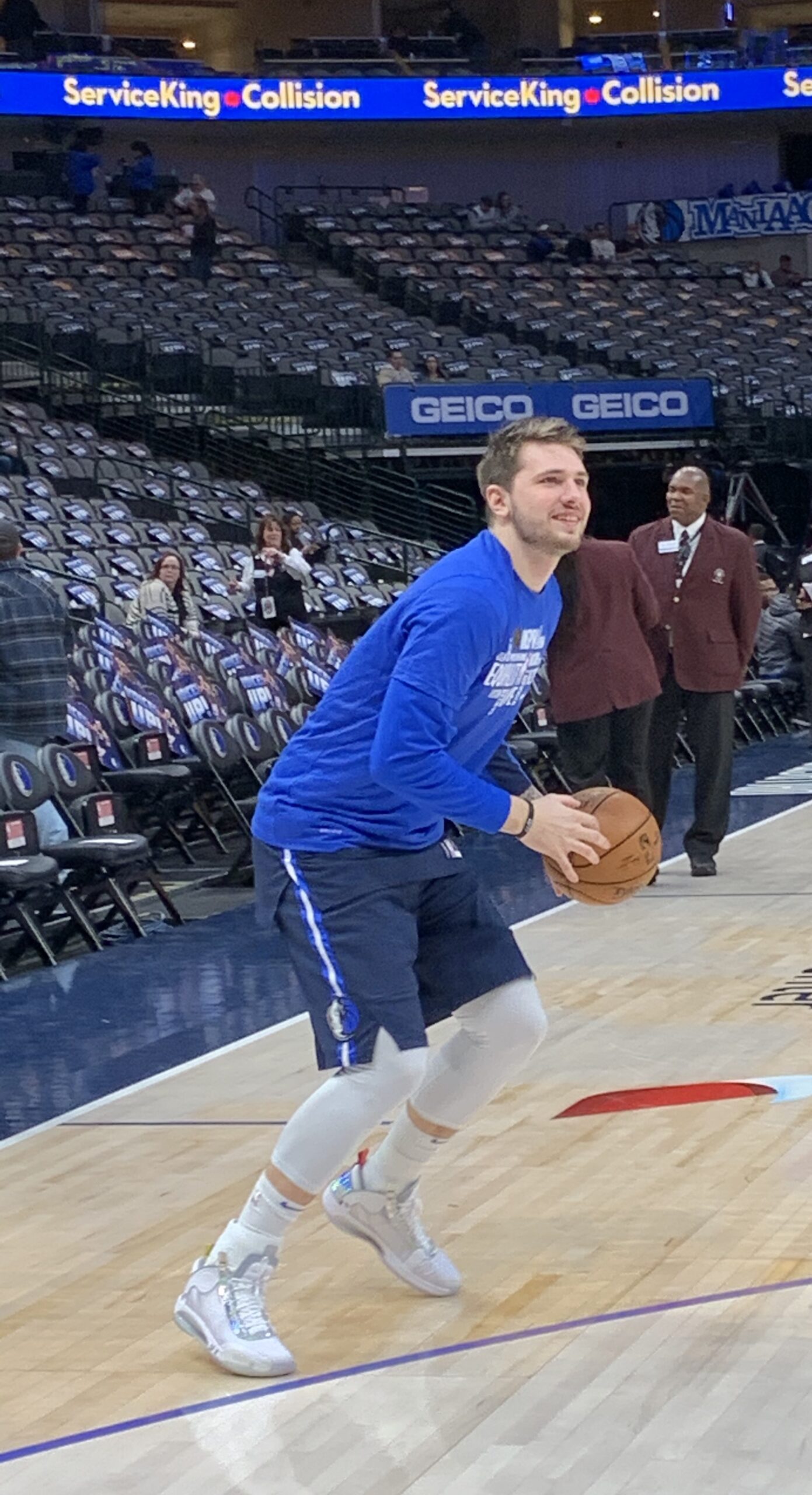 In only his second year in the NBA, Dallas Mavericks guard Luka Doncic continues to rack up the honors and awards and make a name for himself.

The 21-year-old native of Slovenia–last year’s NBA Rookie of the Year–became the third-youngest player ever to be on the all-NBA first team, just behind James in 2006 and Max Zaslofski in 1947.

Doncic became the first player named to the All-NBA First Team in either his first or second season since Duncan in 1998-99 (Duncan made the First Team in each of his first eight seasons from 1997-98 to 2004-05).

He also finished fourth in this year’s MVP voting.

“I’m pretty sure he was on the map before this,” coach Rick Carlisle said of his star player during the playoffs. We know this kid has a flair for the dramatic. He’s a performer as well as a great player. He lives for these moments and is completely fearless. He sees the game in 6G, not 5G. It’s another level beyond the way most people see it. Just a very, very special player.”

Doncic finished the regular season with averages of 28.8 points, 9.4 rebounds and 8.8 assists in 61 games (all starts), becoming just the third player in NBA history to average at least 28-9-8 for a full season (Oscar Robertson, Russell Westbrook).

He saw his numbers increase in the NBA bubble in Orlando this summer, as he nearly averaged a 30-point triple-double (30.0 ppg, 10.7 rpg, 9.7 apg) en route to being named a unanimous Kia NBA All-Seeding Games First Team selection.

Earlier this year–at age 20–he became the youngest European-born player to start an All-Star Game when he suited up for Team LeBron in Chicago this past February. He also took home Western Conference Player of the Month (November 2019) and Player of the Week (Nov. 18-24, 2019) honors during the 2019-20 season, and was a finalist for the Kia Most Improved Player Award.