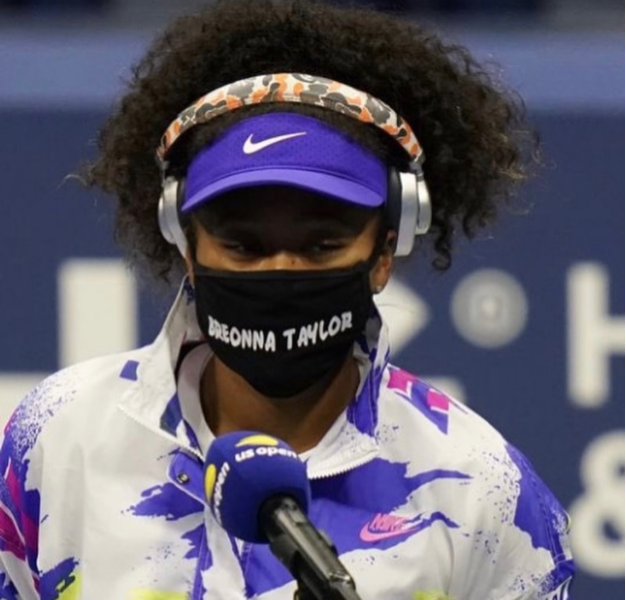 Naomi Osaka walked into the U.S. Open at Arthur Ashe Stadium wearing a mask bearing the name “Breonna Taylor” on it to call out police brutality.

In March,  police shot Taylor while she was asleep in her own bed. Black Lives Matter advocates and fans of Osaka have been showing their support on social media as her wearing the mask sparked controversy.

Previously, she has boycotted a tournament to show her raising awareness of the violence against African Americans, especially Jacob Blake, who was shot seven times in the back in Kenosha, WI.

The tennis star said she brought seven masks for each match until the finals to make a point.

She said, “It’s quite sad that seven masks isn’t enough for the amount of names, so hopefully I’ll get to the finals so you can see all of them. For me, (it’s about) just spreading awareness. I feel like the more people know the story, then the more interesting or interested they’ll become in it.” Osaka, at 22 years old, has a net worth of $25 million and uses her platform to advocate. Earlier this week, she posted on social media, “before I am a athlete, I am a Black woman.”