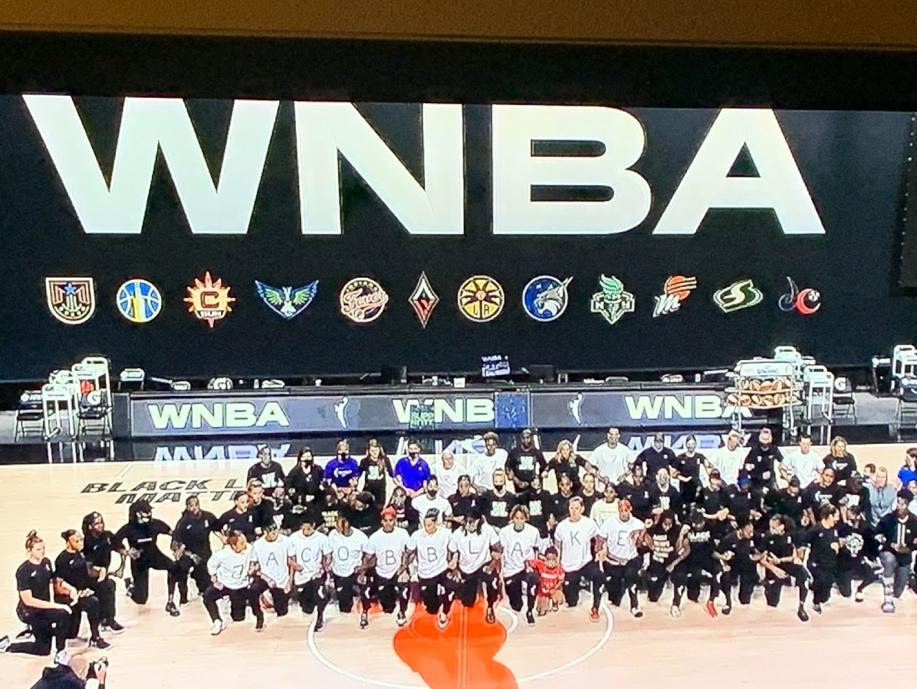 Fallout from the Jacob Blake shooting and the ripple effects in the sports world continued as both the NBA and WNBA cancelled a second day of practices and media availability.

Both leagues released statements that all games scheduled for August 27 were postponed. No date was given when either would resume. Below is the WNBA statement in its entirety.

As the WNBA players continue discussions and reflection on recent events, the WNBA announced that the three games scheduled for this evening (Chicago Sky vs. Indiana Fever; Dallas Wings vs. New York Liberty; Las Vegas Aces vs. Seattle Storm) have been postponed.

Information regarding rescheduling of yesterday and today’s games will be provided when available.

The NBA followed suit with a statement of its own, postponing its three playoff games tonight including Game 6 between the Dallas Mavericks and the L.A. Clippers and playoff matches between the Denver Nuggets and Utah Jazz, and the Boston Celtics and Toronto Raptors.

“NBA playoff games for today and will not be played as scheduled. We are hopeful to resume games either Friday or Saturday. There is a video conference call meeting scheduled later this afternoon between a group of NBA players and team governors representing the 13 teams in Orlando, along with representatives from the National Basketball Players Association and the league office and NBA Labor Relations Committee Chairman Michael Jordan, to discuss next steps.”

The Milwaukee Bucks initiated the league-wide suspensions after boycotting their Wednesday afternoon game against the Orlando Magic in protest of continued police brutality against Black citizens, including 29-year-old Blake, who was shot and left paralyzed from the waist down.

In the WNBA, the Washington Mystics wore white T-shirts spelling out Blake’s name which had seven holes on the back with fake blood showcasing how many times Blake was shot.

This will be an ongoing conversation when games will resume, but players want to see real change before stepping foot back on the court.