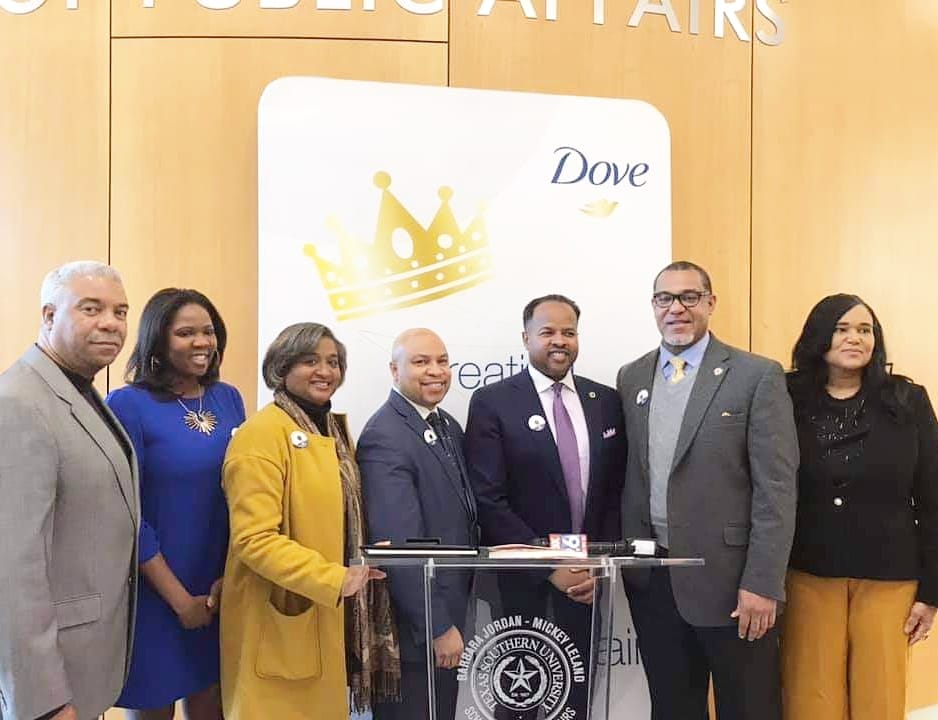 Special to the Texas Metro News

Last week, the Texas Legislative Black Caucus (TLBC) announced details for the George Floyd Act, a piece of comprehensive legislation they will file when the Texas Legislature meets again in January 2021. The law will honor the life and memory of George Floyd, a native Houstonian who died in May when a police officer knelt on his neck for eight minutes and 46 seconds.

Floyd’s death sparked a nationwide rallying cry for police accountability, launching months of protests as part of a movement that has focused communities across the country on the need for swift improvements in law enforcement practices and policies.

“The road to justice in Texas, particularly for Black and brown people, has been fraught with dead ends—the dead ends of white supremacy and bigotry,” said Chairman Dutton. “Today we are here to open that road for all Texans. We recognize this is the first step to equal justice, and we respectfully ask all the people in Texas and all the legislators in Texas to join us.”

In response to Floyd’s death, TLBC members hosted a series of town halls on changes that community leaders and advocates believe are necessary to combat racism and disproportionate punishment against the Black community. Those conversations culminated in today’s announcement of the George Floyd Act, legislation that has been spearheaded by State Rep. Senfronia Thompson, the longest-serving Black legislator in the state and Chair of the Texas House Public Health Committee.

“The George Floyd Act addresses the injustices that George Floyd experienced at the hands of police officers all his life, and that black people experience routinely,” said Chair Thompson. “We all are going to have to come together to pass this law and take the necessary step to a more equal and freer Texas for everyone.”

Rodney Floyd, George Floyd’s youngest brother, spoke during the press conference to express support for the George Floyd Act and share his appreciation for legislators for acting after his brother’s death.

“This Act has so many pieces that are way overdue,” said Rodney Floyd. “The George Floyd Act will hopefully be passed so we can achieve justice we are all comfortable with. He is smiling and cheering on the bill, knowing that his death wasn’t in vain, and we thank you for the support.”

Tezlyn Figaro, Senior Advisor of The George Floyd Foundation thanked Chair Thompson for her leadership and for reaching out to the family.

“This bill is the first Texas legislation that includes participation from the George Floyd Foundation and will allow the Foundation to actively participate in social justice, education and advocacy,” said Tezlyn Figaro. “It’s very important when the family has the opportunity to be involved and actually have a seat at the table.”

State Senator Royce West, who will be the Senate sponsor of the bill, talked extensively about the critical police reforms that are part of the bill—and the unity it will take to get it done.

“The bill creates a path for strong disciplinary actions for police and our police unions,” said Senator West. “Is it going to be easy? No. But all of us stand together to make these reasonable recommendations and we invite all our colleagues—including the Governor—to be a part of it.”

State Representative Nicole Collier, Chair of the Texas House Criminal Jurisprudence Committee, was clear that the George Floyd Act is a crucial first step—one to be followed by numerous laws in the upcoming legislative session.

“What you see today is the first of a series of legislation that is going to address policing and criminal justice reform,” said Chair Collier. “We won’t back down until there are serious police reforms here in Texas.”

The George Floyd Act will be filed as a comprehensive law containing several important provisions that advocates and legislators have long sought to put into law. The Act will address: