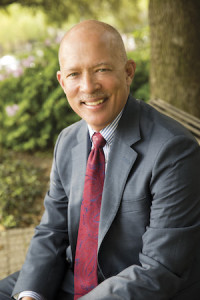 District Attorney and longtime criminal judge, John Creuzot made an eye-opening presentation at the most recent Community Police Oversight Board Meeting. The empirical data that he presented on the disproportionate number of Blacks being jailed for small amounts of marijuana, supports the assertions that the system needs an overhaul.

The limited resources of the Dallas Police Department could be better utilized by adopting some of the common-sense strategies put forward by the chief of the District Attorney’s office. Below is a list of the stated goals for this powerful presentation.

DA Creuzot further pointed to the facts as they pertain to marijuana arrest in Dallas County.

A staggering 91 percent of minorities had cases filed against them, while only 9 percent were White. These cases require a minimum of four hours in booking and further drain already taxed DPD resources.

It is noteworthy that in 22 percent of the cases DPD presented, the package weighed more than the marijuana contents. At a cost of $217 per test, the change in policy has netted over a half million dollars since 2019. Class C Misdemeanors will save money, valuable police time, and reduce the number of confrontations on the street.

The Dallas Police Department should consider a move toward ticketing non-violent offenders rather than placing them in a county jail system that fights daily to maintain the health and safety of each inmate and staff on the Lew Sterrett Justice Center.