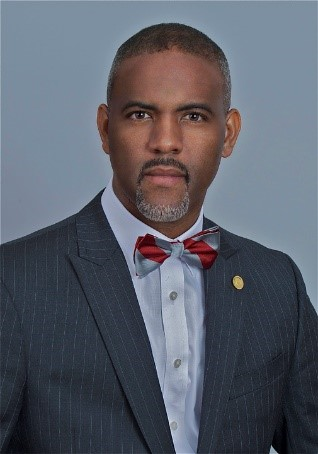 TSU Board of Regents leave taxpayers on the hook for over $1 million based on unproven charges against former TSU President Dr. Austin Lane.

No wrongdoing, with confirmation by the TSU Board’s attorney that he did nothing wrong. No termination, but a mutual buyout of his contract. The cost to mutually settle with Dr. Austin Lane after bringing allegations to the forefront and choosing to continue with narratives that have now turned out to be unfounded – nearly $900,000 of taxpayer dollars. And, that is just scratching the surface.

Here are several other cost factors that taxpayers should be concerned about: Roughly $500k that the TSU Board of Regents spent for three law firms and a PR firm Potential decrease in funding from donors for TSU Maroon & Gray Gala for scholarships Potential decrease in student enrollment for the fall semester, which determines the future funding from that the state gives to public institutions based on a formula Money spent at Houstonian Hotel when Dr. Lane was placed on paid leave of absence.

The negative impact on the TSU brand
Potential decrease in alumni participation and financial support of TSU When added up, as one can see, the financial impact of this situation has cost taxpayers and Texas Southern University well over $1 million, both directly and indirectly. According to a Confidential Settlement Agreement between TSU and Dr. Lane, that the Houston Forward Times has received, the settlement agreement reveals that Dr. Lane will receive a whopping $100,000 as “compensation for alleged emotional distress, damage to his reputation and mental anguish.”

The Board of Regents today announced that Dr. Austin Lane has entered into a settlement agreement with the University, officially ending his tenure with TSU. The agreement was reached after a 13-hour mediation session on Monday in which both sides aired their grievances before a former judge. Dr. Lane accepted the mediator’s settlement agreement, and the full Board was made aware of the details of that agreement at today’s Board meeting and voted unanimously to accept the terms of the settlement.
The Board believes that the settlement agreement is in the best interest of moving forward the academic mission of TSU, and in the best interests of the students, faculty and the community at large.

Prior to this blowup, Dr. Lane had a little more than 2 ½ years left on his recently renewed three-year contract and had become a beloved University President by many in the community.

Dear TSU Faculty, Staff, Students, and Alums: My wife Loren and I would like to thank each of you for allowing us to serve at this indomitable institution, The Texas Southern University! Our last four years have been the best four years of our lives and we can only hope that we lived up to your expectations of making TSU the best HBCU in the country. With your input, recommendations, and support, we were able to do great things in a very short period of time: Brought homecoming traditions (parade in 2016; football game in 2019) back to the yard, increasing community and alumni engagement Construction of new 100,000-square-foot library learning center, expanding access to research and tools for students, faculty, staff, and alums Creation of a capital expenditure plan, reallocating funds to make much-needed campus infrastructure improvements and reduce deferred maintenance.

Safety enhancements, including the hiring of new TSU Department of Public Safety leadership, a new student-focused policing philosophy, overhaul of the policing fleet, and improved campus lighting Revival of Greek life, expanding the number of fraternities and sororities and bringing some off of probationary status Clearance of NCAA probation for the TSU athletic program, along with record-breaking academic successes and graduation rates for TSU student-athletes Acceptance of the largest single gift from an individual (approximately $3 million) from the estate of alumnus Joan M. Lafleur to the College of Pharmacy & Health Sciences.

Establishing the Maroon & Gray Affair annual fundraiser for student scholarships and programs, resulting in more than $3 million raised Increase in enrollment over targeted projections, including double-digit percentage growth in 2017, and further growth in 2018 Increase in persistence & graduation rates, following enhancement of the Freshman Seminar course and Project Graduation –a customized pathway to student success and completion.

Over a three-year period, TSU’s investment rating from Moody’s Investor Services improved from ‘negative’ to ‘stable’ to ‘positive,’ resulting in more favorable borrowing scenarios for TSU in the future Hosting the ABC News Democratic Debate, becoming the first HBCU to host such a debate in more than a decade; the debate brought incalculable attention to TSU.
Received a $5.1 million CPRIT (Cancer Prevention & Research Institute of Texas) grant, helping TSU become a major player in cancer research and prevention Received a $2.7 million grant from the Thurgood Marshall College Fund and the Charles Koch Foundation to fund the newly-established Center for Justice Research.

Implemented a comprehensive compensation study, resulting in a new salary and compensation structure that addresses internal equity for all TSU faculty and staff.

Formed partnerships with Harris County and the City of Houston to launch major improvements to streets and roads surrounding the TSU campus Entered into a leading-edge partnership with Houston METRO to pilot an autonomous vehicle/ shuttle service along the Tiger Walk; the project also resulted in research opportunities for students and faculty in TSU’s Center for Transportation Studies Achieved major successes in the 85th and 86th Texas legislative sessions, resulting in increased funding and appropriations for campus programs and infrastructure, and fixing an athletics fee issue that will ensure sustained funding for all athletics programs.

These are just a few of our accomplishments that led to the success of our top five priorities (Student Success and Completion, Academic Program Quality and Research, Culture, Partnerships, and Finances) and shared vision we created in 2016. TSU will always be the Heart & Soul of Houston and will forever have a special place in our hearts. We are moving on with our heads held high knowing we did our best and that it’s confirmed and on record that we did nothing wrong.

Filling Dr. Lane’s shoes will be a challenge, especially because of his popularity with the students, alumni and the community, but the process of finding his replacement must happen and happen quickly. In the meantime, it will be incumbent on the TSU Board of Regents to ensure the University’s progress is not stifled and that there is no regression after this move.

A bigger question that many in the community have is, does the TSU Board of Regents see the error of its ways? An even bigger question than that is, was the over $1 million that the TSU Board of Regents cost the taxpayers and the University, worth it, but more importantly, will they bring or have they brought in enough money through giving and fundraising to offset the costs of their seemingly disastrous decision? Time will tell!

BREAKING NEWS: It has been confirmed that Colin Luther Powell, former secretary of state, has died from COVID -19 complications.

Have You Seen These Missing Individuals of Color?