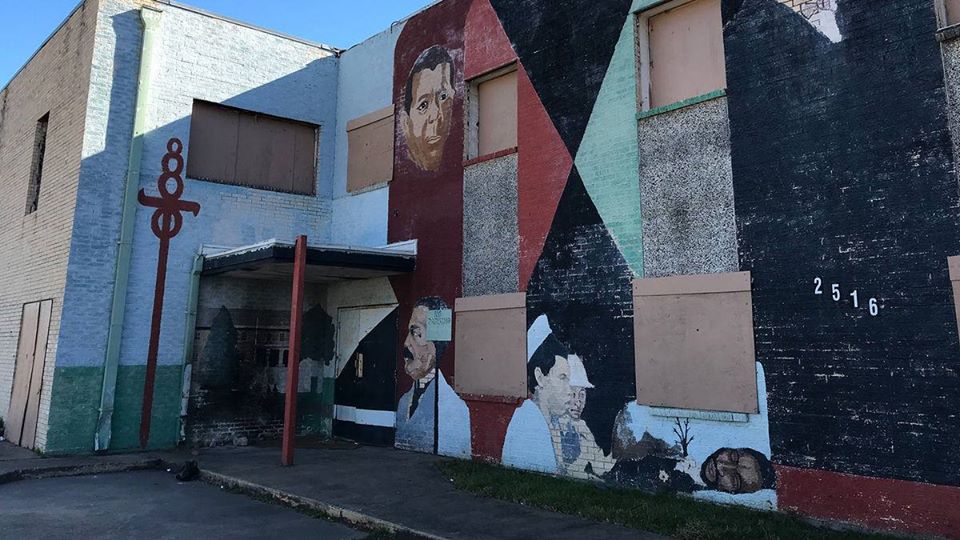 For years, my publisher, Cheryl Smith, has had a dream to print a weekly obituary page. Not just for the money, but because we continue to bury giants in this community without telling their stories. Ancestry.com needs us! This story came during a funeral for the mother of a friend, Kevin Cowens, and his brother, Kenneth. The history was so vivid and vibrant. We get syrupy about “Hidden Figures” from all over and know little about the heroes and sheroes who grew up in our own backyard.

Mrs. French L. Cowens was born French L. Jackson to Willie Mae and Willis Jackson in Gladewater, Texas. She grew up in old North Central Dallas. As a little girl, she would walk to St. John’s Baptist Church by herself on Sundays. On her way to St. John’s, she caught the attention of sisters at the Sacred Heart of Mary Convent from St. Peter the Apostle Catholic Church across the street. They were so impressed with the little girl, they asked her mother if she could attend St. Peter’s Academy and live in the convent tuition-free. Her mother gave permission, and she was raised there. She went to Mass, communion, and evening vespers daily. She excelled in academics and graduated from high school with honors at age 16.

She attended the Xavier University School of Pharmacy in New Orleans. She completed the demanding five-year pharmacy program in three and 1/2 years with honors. She pledged Delta Sigma Theta Sorority and become president of the Pharmacy Club. She was crowned Miss Xavier (homecoming queen) in 1948. After graduation from Xavier, she faced a dilemma. She was only 20 years old and too young to take the State Pharmacy Board since the required age was 21. She worked menial jobs for six months until she could take and pass the Louisiana Pharmacy Board.

Upon returning to Texas, she faced the challenge of finding a pharmacy position. In the early 1950s, this qualified young African American woman could not get a job as a pharmacist in Dallas, Texas. In the meantime, she began teaching Chemistry, Biology, and Algebra at Dallas’ Booker T. Washington High School. There, she met and married Edward L. Cowens and had two sons. The Pharmacy Administrator at St. Paul’s Hospital (Sister Florence) hired Mrs. Cowens to run the pharmacy on the 3-11 shifts for the 700-bed hospital. She would work alone, and she would arrive 45 minutes after the day-shift personnel left so they would not know she was Black.

One day, a white pharmacist from the day shift made a medication error. An irate surgeon went to the pharmacy that evening to confront the pharmacist. To his surprise, he found Mrs. Cowens running the pharmacy, and the secret was out. Because her work was so impeccable, she was not terminated because of her race. She resigned after a newly graduated young White male pharmacist was hired to be her supervisor, and she was instructed to teach him his job. Cowens continued to pray. She opened a neighborhood pharmacy in North Central Dallas while teaching at her alma mater, St. Peter’s Academy.

There, she taught high school Chemistry and Biology. She served as a powerful role model for hundreds of African American students. She was a practicing pharmacist at various outlets in the Dallas-Fort Worth area. In 1964, the Forest Avenue Hospital was opened by three Black physicians and a Black entrepreneur, and she became the Director of Pharmacy. It was her dream position.

The tiny 65-bed facility provided medical care to over 65,000 Black and Hispanic patients in the South Dallas area. She operated the Forest Avenue Pharmacy until shortly before its closure in 1979. Mrs. French L. Cowens was the first African American woman in the state of Texas to practice pharmacy. Cowens lived a life of courage and hard work. She bore great love for her family and her people. She referred to racial discrimination as “the civil war.” She fought it! And her sons, they both became medical doctors. Everybody else resurrects the best part of their history. Why should we keep burying ours?

(Thanks to Dr. Kevin Cowens for sharing your mom with us…again and thanks to the Cowens family and Black & Clark Funeral Home for the obituary information)

QUIT PLAYIN: You Can’t Afford It!

The National Association of Black Journalists (NABJ) has announced its honorees for the 2022 Hall of Fame Induction and Special Honors Awards. The awards...

The Brighter Side of Darkness may have just had one hit song, but “Love Jones” was a monumental one in 1973. That chart-topper came...