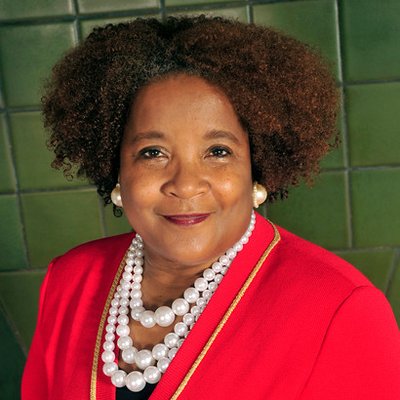 It is great to be on the right side of history. Too often we go through life making decisions without wondering about the implications or ramifications; and equally important, the consequences and repercussions.

This is especially the case when you consider voting. In the last presidential election votes were cast, a victor was named and then decisions were made that not only affect the voters, but voters, and nonvoters, for generations to come.

People do things that they think only impact them, so as long as they are happy, everything is cool.

Which brings me to my truth. Recently in a conversation with a group, my perspective on an issue was validated, even before I spoke a word. We were gathered at a social event and the discussion turned to respect and honoring our elders.

In this combination of boomers, Gen X, Millennials, Gen Z, and E I E I Os; it was the younger men and women who spoke out against the way the media is portraying relationships between youth and their parents. I have long said that I took issue with even some of my favorite shows where children were allowed to be disrespectful to their parents.

You’ve seen them: cursing, yelling and even hitting their parents. My reality, my truth, says, “not in this lifetime.” Asking a parent, “What the hell is going on,” “leave me alone,” “Get out of my room,” “I wish you were dead,” or anything like that would have landed me a few heartbeats away from flat lining.”

Now there are some who probably say they can identify with the households where that behavior was run of the mill, the standard. Proudly for me, I can say that behavior was not acceptable in any of the homes that I frequented growing up in New Jersey — and they were multicultural.

We grew up respecting adults, even if they didn’t respect us. I know that doesn’t sound proper for many today but my parents felt that they were the ones to put adults in check if they acted inappropriately, not me. What are the long-term ramifications of letting children do whatever they please and say whatever they want?

The media is implicit. During our discussion, one of the Millennials said she hated to see young children cussing in front of their parents on television because young children are watching and pick up on everything. So true!

It was in the late 70s that children were first heard cussing on the screen. Writer Blake Harper identifies 1976’s Bad News Bears, 1985’s The Goonies, 1986’s Stand By Me and 1997’s South Park as a few examples of the beginning of children cursing on the screen and how it progressed.

Can we encourage scriptwriters to cease and desist? Can we promote an atmosphere and environment that illustrates respect and stresses the importance of positive interaction? Can we encourage parents and anyone else to curb their language when talking around children?

Since the art of communicating is dwindling down to the least common denominator, how does the future look when respectful conversations are not promoted, cultivated and encouraged? What’s in store for the future?

Interestingly, 34 years ago people were talking about the deterioration of values and how we needed to see a change. And look at us today. Disrespect is the rule not the exception.

Just think, when was the last time you heard someone say, “excuse me” because they cussed in front of their elders? How should we fix our children? How can we get them on the right track?

We must understand that the children are not to blame, totally, and all children who are disrespectful in public are not that way with their parent’s consent. I don’t blame children for their acting out. Adults, who know better have a responsibility.

According to Mary Herrington, writing in Working Mother, “It is our responsibility to bring them (children) up in a way we wish to see the future unfold. Raise them with kindness, respect and dignity, and watch your interactions change. It takes time. It takes practice.”

I just want to get back to the basics, the way I was taught. Heck, when I think about it, most of the adults I grew up around didn’t cuss around children! Live and learn!

MY TRUTH: Ever heard about Sankofa?

MY TRUTH: Aunties need love too

Dr. Shewanda Riley has had an impressive career, and now she is adding an exciting dimension to her portfolio as she launches her podcast,...

Many units still don't have air conditioning in key areas

Thousands of men across the country and around the world have claimed Warren G. Lee, Jr. as a mentor and as expressions were shared...