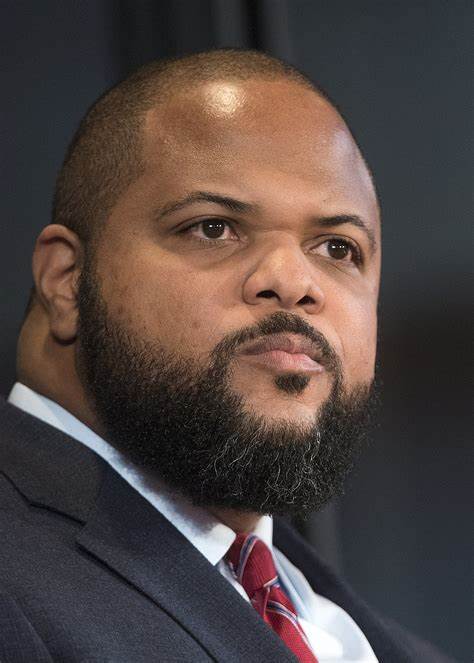 Surely you read the Black press, so I don’t know how you missed the caveat left for you last time. In my article just two weeks ago, “DPS “Stop and Frisk” Report Card, I gave you an F as it regards the occupation, martial law and otherwise oppressive policing tactics being deployed in South Dallas. Your failing grade has resulted in its first fatality.

The time for you to muster the courage to call the Governor and rescind the Department of Public Safety Gestapo is now! This was a half-baked, cockamamie, ill-founded idea from its inception. Anyone with a teaspoon of common sense or “mother-wit” would have dismissed it as unthinkable from its inception. When you considered the idea of having a “rural road posse,” patrol an inner-city maze, something should have snapped.

If you had extrapolated the idea to any logical ends, it would have resulted in a DPS officer(s) killing of someone in South Dallas. The only question would be when and how many. Think of it this way. Would your friends, the residents of Highland Park, have questions if one of their own were shot and killed at home by a Balch Springs officer? If the FBI posted agents on every corner surrounding Strait Lane or points contingent, would you expect to get any calls of concern or protest?

If a Houston resident was shot and killed by two officers from the DeSoto PD… how would the people of Harris County react? This ain’t rocket science dude, and based on your educational vitae and your “experience,” this has to be pitch for you. Councilman Bazaldua homered, so I don’t get why you and the other three so-called Negro councilmembers fanned the ball. Maybe I should appeal to you in the dugout; so let’s talk team.

Because you are a rightfully proud father of two sons, who will have to overcome the increasing odds of being forced to face their own day of interaction with the police, I want to share a passage with you. It was published by my daughter and two other Black female professors in the American Psychological Journal in 2016. This is the conclusion, but it offers the basis of a long and troubling academic study about Black Male-Law Officer relationships. “Black and Blue: Exploring Racial Bias and Law Enforcement in the Killings of Unarmed Black Male Civilians ‘In this review, we have outlined some social psychological mechanisms underlying racial bias as well as a few distinct features of police work and the individuals attracted to that work.

‘We consider the intermingling of racial bias and policing in perpetuating excessive use of force during encounters between police officers and unarmed Black male civilians. In exploring the unique effects of racial bias, we reviewed research suggesting that people hold subconscious beliefs that Black youth are perceived as adult-like, and Black male adults are subhuman, superhuman, criminal, and violent. Negative racial biases influence how Black male civilians are treated.

‘Our review summarizes that as compared to White males, Black males are more likely to be targeted, perceived as suspects, and evaluated as less innocent and more threatening. Next, we propose that police work attracts individuals with distinctive traits (i.e., high collective identity orientation, conformity, and power values, SDO). We also explain how value similarities among officers along with the perceived threats inherent in the work may create an impactful schism between officers and civilians.

‘Finally, we highlight how these distinctions may set the stage for especially precarious encounters between officers and Black male civilians.’” The Dallas Police Department is known nationally for the design and rigor of its cadet training. DPD cadets are developed in this environment and still have problems. What would make anyone think that DPS or any other outside police force could be deployed in Dallas’ “hot zones?’”

And once again, ask yourself if said hot zones were inhabited by anyone other than the poor and minorities would you have even let this happen? Would you allow this to happen in wealthy White neighborhoods or the one your family lives in? Mr. Mayor…no matter how well-intended you may have been…you blew it! Be the man I hope you are and the father that I pray you better become. Fix this ’ish!