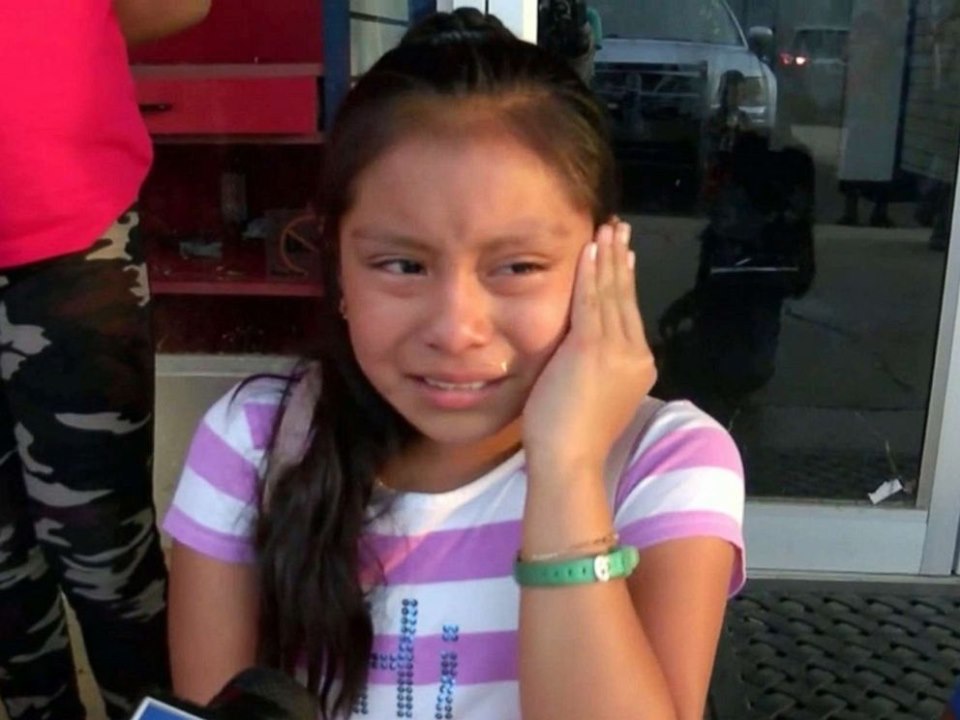 It was sometime in the early 1970s and school was about to begin. I can remember running full throttle in a rush toward my classroom. I was amped at the thought of completing that first assignment. It was that assignment that everyone knew was coming on the first day of school. By the fourth grade, you would be required to write an essay telling all about your summer vacation.

This year, I had some good stuff. We had been “out of the country.” Nowadays, poor inner-city children in Dallas get no farther than Six Flags or the water park in Arlington. My dad loaded my siblings and me up in the car. We left at dark and by the time we consumed the egg-battered fried chicken that Grandmother made for road trips and slept five or six hours; we’d made the journey from Dallas to El Paso. My dad had one rule. “Once we leave, we ain’t stopping unless we have to.”

He was a truck driver and he could calculate the very moment he would arrive at every landmark along the way. We got to El Paso at daybreak, and it was breathtaking. The Franklin Mountains are no Mount Everest, but when you come from somewhere as flat as Dallas, every peak and scale appears majestic. The electricity looming due south of I-10 created the twinkling lights of a bustling city called Juarez.

My uncle and aunt were both retired by then. My uncle worked as a laborer for Sears and Roebuck for more than 30 years. Uncle Clarence put in time back in the day. During his tenure, Sears and other companies had amazing profit-sharing programs. That was back when the CEO only made about 40 times as much as the laborers instead of more than 400 like they do today.

Uncle Clarence took us everywhere. We’d go downtown to Ben’s Tacos on Mesa and get a greasy dozen of small tacos for two dollars. They didn’t have ground meat like the Tex-Mex stuff “gringos” are used to. All they had was onions, potatoes, and cilantro and they were deep fried. You should have been there…Que lastima!

Almost every day, we made the trip across the bridge to Juarez; partly because my uncle liked to shop there. My grandmother, Mable, and my aunt, Frankie, loved to go to the Greyhound races where they bet on the dogs. We had fun watching the races and speaking what we thought was Spanish to the little kids our age who were Mexican nationals. We were horrible at the language but they were very nice to us. They never treated us like we were aliens or some “other.” We spent what seemed like three glorious weeks in El Paso. I couldn’t wait to get back because I knew no one else had an “international experience.”

I loved El Paso, went back every summer and eventually spent a year at UTEP. What a summer! What an essay! #braggingrights. When I saw the little girl in Mississippi crying and bemoaning the ICE arrest of her father, I cried with her. All of the innocence and joy that childhood should offer a girl her age had been stripped away.

It was bad enough that her summer vacation had been sullied and saddened by the senseless massacre in El Paso. Anyone of Hispanic descent should be alarmed and cautious. The killer in El Paso believed he had orders from his President. Either directly or implied, the annihilation and dehumanization of Mexicans have been rehearsed daily since the presidential hopeful descended from his hellish loft in early 2016.

Donald Trump has resurrected an old recipe of overt racism that we thought had gone dry and rancid 50 years ago. Trump has systematically bastardized all the peoples born of non-white lineage. He has bamboozled his willing worshippers into believing that “This land was made for you and me”…as long as you and me share the same White skin. Trump made being selfishly White comfortable again. It’s been said that comfortability creates a floor, but it creates a ceiling. This little girl’s summer vacation had a ceiling and she will be uncomfortable with America for the rest of her life. None of us should be happy, because thousands of children have had their summer vacation ICE’d out!!