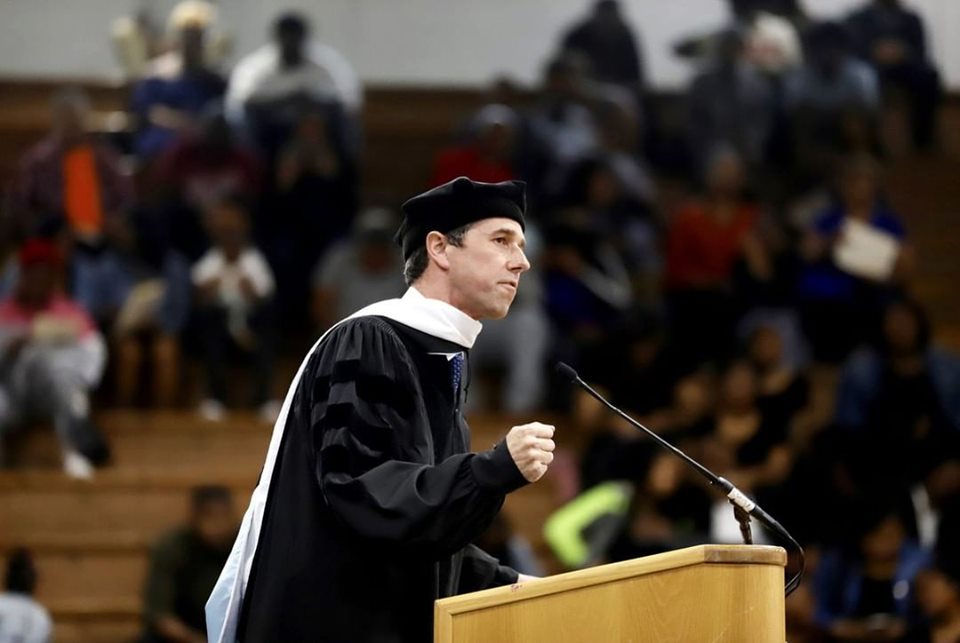 According to U.S. Presidential candidate Beto O’Rourke, he recently came into possession of documents “showing that both Amy and I are descended from people who owned slaves.”

Those descendants, said Mr. O’Rourke, along with other possessions, listed in their property log two human beings, Rose and Eliza. A paternal great-great-great grandfather of mine, Andrew Cowan Jasper, owned these two women in the 1850’s.

Records also showed that Amy had an ancestor who owned slaves and another who was a member of the Confederate Army. Something that we’ve been thinking about and talking about in town hall meetings and out on the campaign — the legacy of slavery in the United States — now has a much more personal connection.

Ownership of other human beings conferred advantages not just to Andrew Jasper and Frederick Williams, but to Jasper’s and Williams’ descendants as well. They were able to build wealth on the backs and off the sweat of others, wealth that they would then be able to pass down to their children and their children’s children. In some way, and in some form, that advantage would pass through to me and my children.

That those enslaved Americans owned by my ancestors were denied their freedom, denied the ability to amass wealth, denied full civil rights in America after slavery also had long term repercussions for them and their descendants.

The way that fortune was passed through the generations from Andrew to me, misfortune was passed through the generations from Rose and Eliza to their descendants who are alive today. Rose and Eliza were denied their freedom and the benefits that their labor produced; they and their children were then denied their civil rights after the end of Reconstruction; and their descendants endured open terrorism, economic exclusion and racism in the form of Jim Crow, lynching’s, convict leasing, voter suppression, red lining, predatory lending, and mass incarceration.

Everything their descendants have accomplished in their lives is despite having all of these odds stacked against them. In the aggregate, slavery, its legacy and the ensuing forms of institutionalized racism have produced an America with stark differences in opportunities and outcomes, depending on race.

For example, there is 10 times the wealth in white American than there is in black America. Black men are six times more likely to be incarcerated than white men. The disparity in infant mortality between black families and white families is greater today than it was in 1850.

Whether it’s the economy, healthcare, education, criminal justice or even in the inherent biases revealed by technology, there really are two Americas. I benefit from a system that my ancestors built to favor themselves at the expense of others.

That only increases the urgency I feel to help change this country so that it works for those who have been locked-out of — or locked-up in — this system. As a person, as a candidate for the office of the Presidency, I will do everything I can to deliver on this responsibility. In addition to making significant changes to education policy (immediately address $23 billion in under funding for minority-majority public schools), economic policy (ensuring equal pay, deploying capital to minority- and women-owned businesses, $25 billion in government procurement to these same businesses), healthcare (universal healthcare and home health visits to women of color to reverse trend in maternal and infant mortality) and criminal justice (police accountability, ending the drug war, and expunging arrest records for nonviolent drug crimes), I will continue to support reparations, beginning with an important national conversation on slavery and racial injustice. We all need to know our own story as it relates to the national story, much as I am learning mine.

It is only then, I believe, that we can take the necessary steps to repair the damage done and stop visiting this injustice on the generations that follow ours.