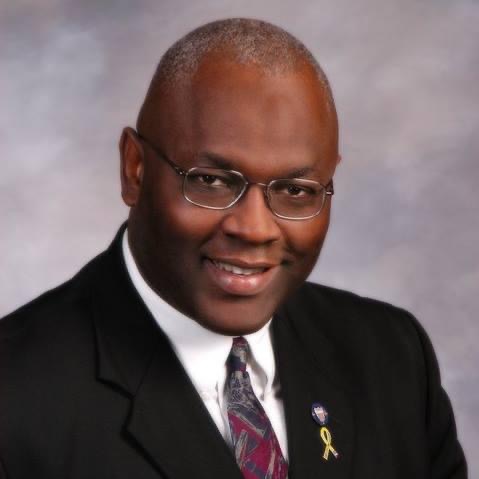 Following decades of service in both the U.S. military and the public sector, Victrum brings leadership, expertise and a passion for serving Veterans in our community.

His first duty station in the Fleet Marine Force was with the First Marine Brigade in Kaneohe Bay, Hawaii where he served with the Second Battalion of the Third Marine Infantry Regiment as a Field Radio Operator and as a Field Wire Chief in the Battalion Communications Platoon. After being selected for the Marine Enlisted Commissioning and Education Program and graduating from college, he was commissioned as a Second Lieutenant of Marines and subsequently served as a Data Systems Officer with the Central Data Processing Activity at the Marine Corps Logistics Base in Albany, Georgia, as a Development Project Officer with the Research Development and Acquisition Command at the Marine Corps Base in Quantico, Virginia and as the Information System Management Officer for the First Marine Brigade in Kaneohe Bay, Hawaii.

In September 1993, after the First Gulf War, he transferred to the United States Marine Corps Reserves, rising to the rank of Major, and was honorably discharged in November 2003.

After being appointed to lead the Veteran Services Department, Victrum noted, “The County Veteran Services Office has a truly dedicated team of seasoned and professional Veterans Service Officers, with the team doing a great job of adeptly assisting those in the Dallas County Veterans Community with their claims for Veteran benefits. I’m very excited to join and lead the team to maintain and enhance the level of Veteran services provided.”