I still pay tribute to my Grandmother, lovingly known as BIG Mama. I became an election judge and she quoted scripture, “Honor your father and your mother that your days may be long in the land that the Lord your God is giving you. Exodus 20:12. There is so much talk about voter intimidation and I am concerned that we do not allow others to intimidate voters, young and old, especially our elders who stand in harm’s way to vote. I told Big Mama I was going to be an election judge and I was concerned about protecting the voters. She told me to read Exodus 20:12 first. It empowered me. Here is my God -protected election judge story.

My proudest moment as election judge at the polls was when a 91-year-old White female, very tired, walked into the election poll exhausted and out of breath, to vote. She said she had voted for 65 years and she had to walk four blocks to the school. She said her son picked her up to vote but he had to vote somewhere else. “We had been voting together for many years,” she exclaimed. She decided she would walk! When she arrived, she said “those four blocks are longer at 91 years old than ever before.” I helped her walk to her voting booth, but she said she was very tired and could not see the ballot. I arranged for two workers to help her–one Republican election clerk and one Democrat election clerk. She asked to be shown her chosen candidates. She cast her votes.

She said, “I am tired now.” A tear fell down the side of my face and I asked her if she would sit down with me until I could find her a ride. She then told me about her children who attended this school, her 40 years of PTA here and her excitement about the graduations. Shortly thereafter some of the students (100 percent Hispanic) at the school walked in and began to ask us questions of voting. She enjoyed them! For twenty minutes, none of us saw any color! Here we were this 91-year-old White female talking to this Black election judge, laughing with the Hispanic kids. The moment was color brave, age respectful and issue free! I walked down the hall and asked the school if “we” could find her a ride.

I silently thanked God for that moment and asked God to please get her a ride home. I kneeled down beside her and said, “Thanks for voting and waiting. Your ride home will be here shortly.” I really did not know if I could get her a ride, but I had asked God. Three minutes later a very professionally dressed young Asian man walked in to vote and called her name. “What are you doing here? How are you?” He lived next door to her, and she recognized him. He said he would give her a ride.

Those intimidation-free moments reflected the America we are! Big Mama then read this at the end of my report.” God your Lord you shall respect; Him you shall serve’ (Deuteronomy 10:20). He will deliver. Are you ready to peacefully exercise your constitutional rights? I will see you at the polls; tell me how it goes for you via email at Terryallenpr@gmail.com. 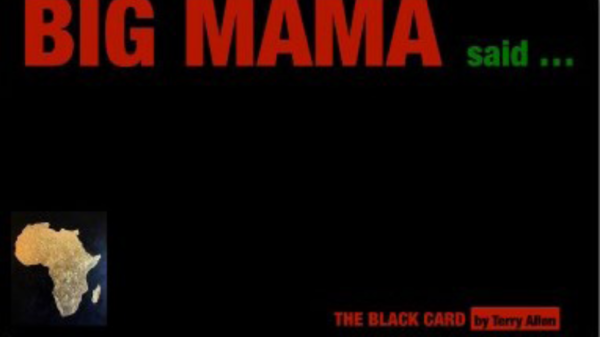 BIG MAMA SAID: YOU HAVE A DO-OVER!

WHEN YOU HAVE SOMETHING TO DO LIFE WILL NOT ALLOW YOU TO MOVE FORWARD UNTIL YOU DO IT – HEALTHY LIVING EXPO IS A...

Big Mama Said: He Who Troubles His House Will Inherit The WInd! 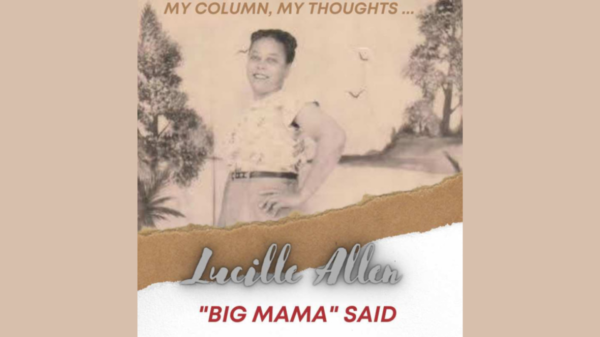 I am so proud that I had a strong, caring, resilient and loving grandmother. Lucille “Big Mama” Allen would be an Instagram and TikTok...

Black Card: Be Wary If a Naked Person Offers a Shirt

Our Landscape Has Been Inundated with Ineffective DEI Checklisters