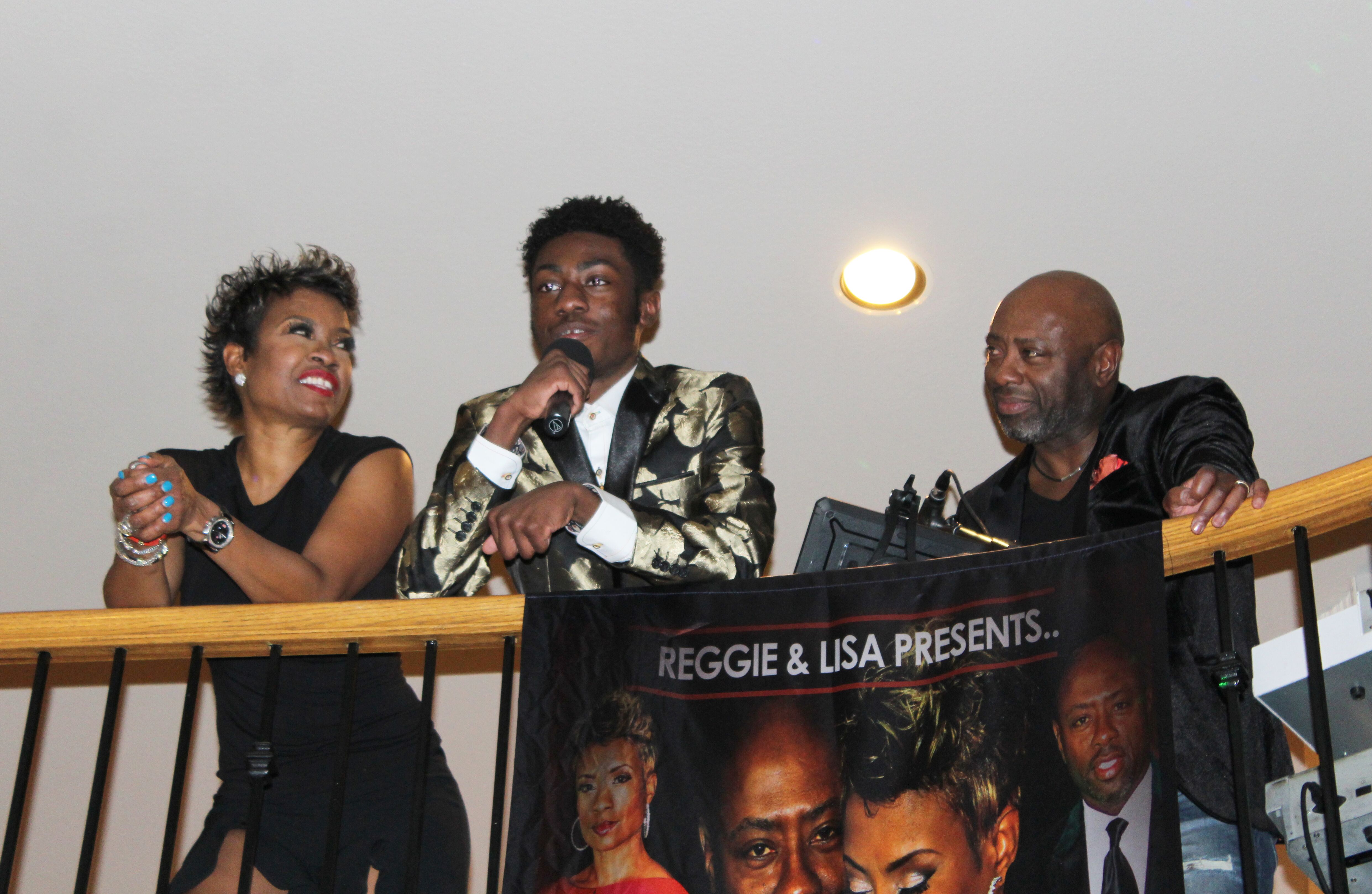 Lisa and Reggie Perry light up any room they walk into. Their presence is immediately felt because they’re always impeccably dressed and their personal display of affection, or PDA, for each other is genuine. From fancy threads to a gorgeous home and nice cars, they take nothing for granted. As they enjoy the fruits of their labor, they take comfort in making others comfortable, especially young people of color.

“No matter what we’ve had happen, losing my dad and my best friend so close to each other, Reggie’s health; those kids at Promise House still have needs,” Ms. Perry said. For the past 14 years, this power couple has hosted a fundraiser to benefit others, with Promise House, a safe haven and transitional facility in Dallas for homeless teens, being the main beneficiary for the past 11 years. Promise House takes in homeless teens with little to no options of another place to go.

“All of our placement is intensive; kids coming from juvenile detention centers, kids sleeping in caseworkers’ offices, difficult kids,” Promise House Chief Executive Officer (CEO) Charles Wolford said. “We provide quality services to a different population, and we’re tasked with finding a place for them to go.”

Wolford also shared that African American and Hispanic teens make up 68 percent of their population. Mr. Perry had a conversation regarding Promise House in which he says Wolford mentioned a lack of support from the African American constituency. That conversation served as a catalyst to mobilize a base that was formulated long ago with a social event the Perrys created, Catfish and Blue Jeans.

“You were required to wear jeans because I want you comfortable,” Reggie Perry explained. The invite-only event had friends taking part in food, entertainment, and fun at the Perrys’ residence. The name of the event evolved into All That SWAG. To gain admittance, invited attendees had to show proof via receipt at the door that they had purchased items from a designated registry of needs for Promise House.

This year’s event, at Verona Villa in Frisco, was the first to take place outside of their home. Retaining its exclusivity as an invite-only event, it was planned in three weeks! With the Perrys’ circle of influence, there was little doubt regarding the outcome. “I’mma call on my crew and they gon’ come through like they always do,” Lisa Perry said.

In January 2020, she lost a best friend to cancer. Her father died two days afterward from various health-related issues. All of this while her husband had recently endured a cancer battle of his own.

Witnessing and encouraging others throughout trying times is nothing new for her. Her hair studio, Illusions by Lisa, cares for cancer patients and persons dealing with alopecia or hair loss. Her approach to handling personal losses and challenges proves to be no different.

“I choose happiness,” she said, via a social media post thanking friends for their support during her losses. “It’s required to keep my mental state in check.” While 2020 began with the loss of loved ones, mid-year 2019 helped Reggie gain a new perspective on life. His June 2019 diagnosis of throat cancer, seven weeks of treatment and a testimony of now being cancer-free made things even more clear.

“It’s like your lens being cleaned,” he said. “It gave me a very clean lens.” He mentioned material things that some people concentrate on acquiring and how they don’t add up in the bigger picture. “All of the “things” are not equal to time,” he said, adding that facing mortality made him look at how he spends his time; his family, wife Lisa and son Reggie, affectionately known as RP2, being his first priority.

Reflecting, with the end of life in mind for this longtime successful sales executive, goes hand-in-hand with his beginning. Reggie was adopted when he was five months old, by a couple that initially had one biological child and later adopted two more children after him.

“Everyone can overcome their starting point, but everybody needs help,” he said. The monetary contribution from All That SWAG is just a part of the promise the Perrys make to address the needs of Promise House. There’s a level of physical comfort and sustainment beyond the event that’s provided as well.

“They raise in-kind donations, linens, sheets, towels, and awareness,” Wolford said. “Financially, they introduce us to their constituent groups who give as well. It’s a tremendous impact to our agency having them and we can’t put into words what their support has been.”

“It was one night of fun for us, but that $20,000 is gonna make a year for this organization,” said Reggie Perry. All That SWAG consistently raises great amounts of cash and needed items for Promise House. The evening is full of entertainment, raffle items and giveaways consisting of the Perrys’ “favorite things” that attendees vie for all throughout the night.

Going forward, a commitment was made by the Perrys for their signature event to benefit Promise House and The Warren Center, both organizations that champion and support children.

At a recent wrap-up celebration at their home in Frisco, for friends who they felt were key to the success of All That SWAG 2020, the power couple expressed love and appreciation for the accomplishments that are consistently achieved when their group comes together for the betterment of the world.

“Thank you for trusting us,” Reggie said to the SWAG team members assembled in the living room. “We’re going to take SWAG bigger. As a collective, there’s no way we can be stopped,” Lisa added.

During this time of crisis due to the COVID-19 pandemic, please consider making a monetary donation to Promise House to help support and provide basic need items for some of our most vulnerable teens. For more information and to donate, visit promisehouse.org