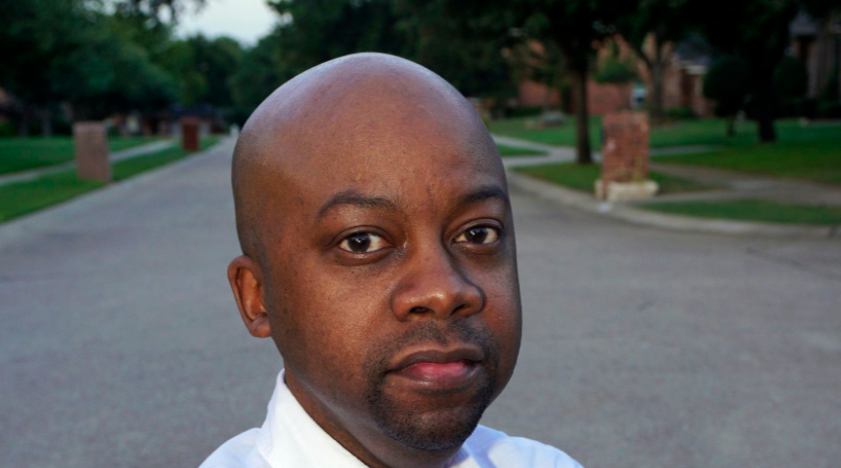 Written by Malcolm Frierson, professor of history at Dallas College, “Freedom in Laughter” discusses the impact of Dick Gregory and Bill Cosby in the 1960s and 1970s.

It can challenge, entertain or even educate.

A new book by Malcolm Frierson, professor of history at Dallas College, illustrates this point. Called Freedom in Laughter, it examines the impact of two Black comedians, Dick Gregory and (more controversially) Bill Cosby, on the civil rights movement. It comes at a time when the country is reckoning with the effects of systemic racism, in a way that parallels the social upheavals of the 1960s and 1970s.

“Civil rights historiography has largely overlooked the contributions of comedians,” says Frierson, whose book was recently issued by the State University of New York Press.

Gregory and Cosby are both influential — and complicated — figures.

Born and raised in St. Louis, Gregory got his big break when Hugh Hefner booked him to perform at the Playboy Club in Chicago in 1961. This led Newsweek to report that “Jim Crow was dead in the joke world.” A political activist, Gregory attended many demonstrations, including the 1963 March on Washington, and went on hunger strikes to protest issues like the Vietnam War.

Gregory launched a health company in 1984 that distributed what he called a Bahamian diet for weight loss. In his later years, he promoted conspiracy theories about the assassinations of the Rev. Martin Luther King Jr., President John F. Kennedy and U.S. Sen. Robert Kennedy; the crack cocaine epidemic; and the Sept. 11 terrorist attacks.

Cosby probably staked his greatest claim to fame with The Cosby Show, a sitcom that aired on NBC from 1984 to 1992. In its portrayal of a stable, upper-middle-class Black family headed by a doctor and lawyer, the television series broke down stereotypes about African Americans.

Cosby’s star, of course, has plummeted in recent years. After dozens of sexual assault allegations, he was convicted in 2018 on three counts of aggravated indecent assault and sentenced to three to ten years in prison.

“Cosby at this point is no longer America’s favorite dad, and I highly doubt that he can ever recover,” Frierson says.