A couple were arrested this month in the slaying of a man found shot on a west Oak Cliff sidewalk in early November, police said.

Rubi Esparza, 33, and Basilio Tovar, 50, were booked into the Dallas County jail Dec. 19 on one count each of murder. An arrest-warrant affidavit identified them as husband and wife, and neither of them had an attorney listed in court records.

About 1 a.m. Nov. 5, officers responded to reports of a shooting in the 4300 block of West Illinois Avenue, near South Cockrell Hill Road, where they found a man with a gunshot wound to his head.

The man, identified as 29-year-old Xavier Ramon Hernandez-Hankins, was taken to a hospital, where he died, police said.

According to the affidavit, Hernandez, Tovar and Esparza were together at a bar earlier that night when a witness said Hernandez “became upset” and left. When Tovar and Esparza couldn’t find him outside the bar, they got into a black pickup and went to look for him.

A witness said Esparza was driving that night because she hadn’t been drinking, according to the affidavit. Tovar, who the affidavit said was intoxicated, was in the passenger seat.

According to surveillance video and witness interviews, the pickup pulled up to Hernandez, who was walking on the sidewalk, before the passenger door opened and a gunshot rang out, the affidavit says.

A license plate reader near the scene of the shooting identified the pickup as being registered to Esparza, and phone records also placed the couple at the location when the shooting occurred, according to the affidavit.

Esparza and Tovar remained in custody Wednesday, with Esparza’s bail set at $1 million and Tovar’s at $250,000. 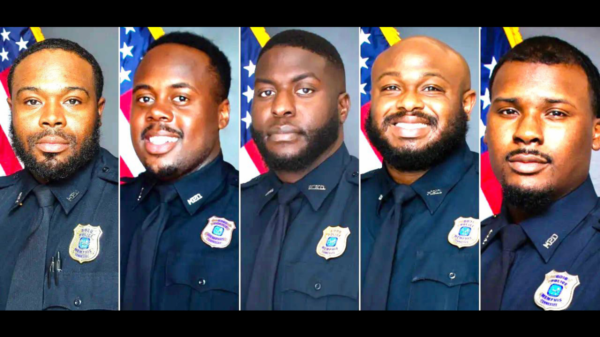