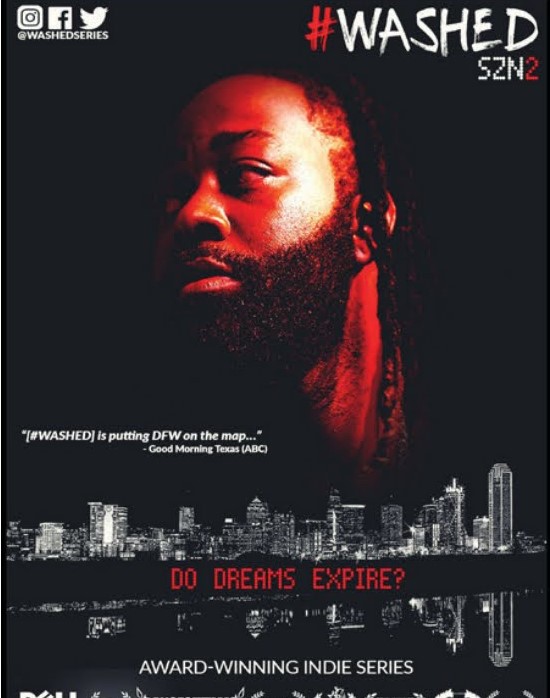 Washed is an independent TV series that was shot entirely in The Dallas-Fort Worth area and features an ensemble cast of primarily Dallas-area actors. Season one is currently playing on Amazon with season two due out on September 2nd. I had the opportunity to watch the first three episodes of the new season. So, the obvious question is “is it any good?” I’d have to answer that question with a resounding, YES!

The show tells about the lives of men and women. Most of them are on the verge of making their dreams come true; while some of them are living lives where their dreams never came true. The show, directed by local award-winning director Jerod Couch, has a very good cast and the cast is very likable as millenials who are out in the world trying to find their way.

According to Couch, he experienced most of these same things himself. Couch is a native Dallasite, and he puts the spotlight on this city. The series is called Washed because most of the characters are washed up. I enjoyed Washed. It is not rated, but the show does contain adult language and situations. I can’t wait to see the rest of the season.

On my “Hollywood Popcorn Scale,” I rate Washed a LARGE.