My Grandmother Figures, rest her soul, was saintly in her attempts to bathe us in wisdom. She said, “Never speak ill of the dead.” So while we both still live, let me posit my truest sentiments regarding Rush Limbaugh. Grandmother was reciting an idiom that originated among Greek philosophers. “De mortuis nihil nisi bonum” is Latin for, “for the dead say nothing but good.” Dead or alive, I have very little good to say about Rush. The advent of Christ was foretold “by a voice crying in the wilderness.” The Old and New Testaments speak of John the Baptist as the forerunner who prepared the way for Jesus and his triumphant campaign. For me, Rush is John the Baptist Jr.

If you scan history, you could conclude that Rush did for Donald John Trump what John the Baptist did for Jesus. Both were trailblazers for leaders who would split families and disrupt the status quo. For years, part of my job at AT&T included day trips to a small town in Texas. From as far back as 1992, I can remember being stuck listening to the Rush Limbaugh show for hours. These were the days when AM radio was sun-up to sundown and ruled small markets. FM radio stations were sparse, and we never imagined paying monthly for satellite radio. Although he was nothing more than bluster to me, it became apparent that “El Rushbo, on assignment from God,” was creating an army of his own. Limbaugh enticed millions of urban Republicans and “ornery rurals” into his echo chamber. Rush waged war against the “Deep State” and resented the “Coastal elites.”

The “Maha Rushie” came to prominence by calling out Jesse Jackson, Al Sharpton, and other Black leaders in the news. He branded them “poverty pimps” and accused them of playing the “race or victimization card” as a means of beating up on poor working-class honkies. For good measure, “America’s Anchorman” showcases a Negro producer, “Bo Snerdly.” Bo is from the “Moteesa tribe.” You know, “Mo Tea Suh?” (Google the movie Posse!) Bo Snerdly is akin to the Negroes in Trump’s carnival. Pseudo-Black caricatures like Dr. Ben Carson or the cast of “Sambos” featured on Fox News.

Snerdly defended himself in a way that fully exposes Limbaugh’s tactics. Bo is a self-described “African-American-in-good-standing-and-certified-black-enoughto-criticize-Obama guy.” Code for a spineless, shuffling, “Stepin Fetchit!” John, the Baptist Jr., is also the master of marshaling the troops against undeclared enemies. Like Trump, he continually riffs on cultural ruses to infuriate and enlist the audience. The fear mongering is incessant. “They want to take away your guns or make “Merry Christmas” illegal!

Their banner lines, though, are a vile mixture of stereotypes and tribalism. They use “Patriots” to infer White purity and “Un-American” to exclude all others. They decry “Liberals” as a means to denigrate White people who disagree with their racism, American Exceptionalism, and the advancement of White Privilege. Rush took the “Obama Birther movement” to the goal line and handed it to Trump for the touchdown. In reality, Trump is Pinocchio, the dummy. Rush is the woodcarver “Geppetto” who created him. Trump speaks, but Rush is the ventriloquist and voice behind the podium.

However, Rush’s real genius shows as he converts this ignorance and xenophobia into cold hard cash. Rush convinces his listeners that their “Whiteness” is sacred in his space. Then he sells his acolytes products and services that they neither need, want, nor trust. Trump’s not far behind, though. At last count, he has milked this same indoctrinated cult to the tune of $300,000,000. They send their last to help him win an election that he lost in the popular vote and the Electoral College. Long live Rush Limbaugh. However, there is little good to say about him.

Vincent L. Hall is an author, activist, and an award-winning columnist. 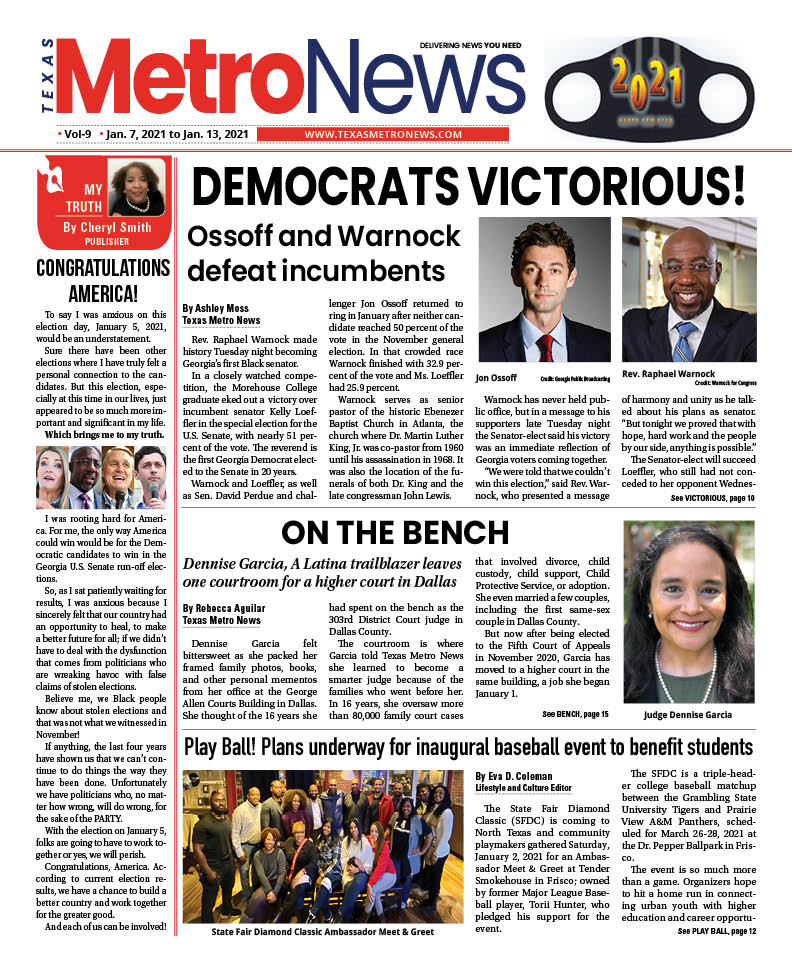