Video clip sent to me anonymously during a tense moment on Tanner Street: “Fake ass police in our community…Y’all ain’t policing, y’all harassing. All these officers for nothing…This what y’all do with y’all time; did you solve a murder yet? Where the murderers? This some sorry- policing y’all doing. Real talk…Y’all got a lot of complaints coming.”

A video clip posted by Channel 11 on August 2nd, “Dallas Mayor Defends DPS Patrols of Over-Policing in South Dallas.”: “I’m not sure if we’re really thinking through the quandary we’re putting law enforcement in if we are saying they can’t proactively address crime by dealing with these offenses that are actually offenses. But if they are not offenses and people are being pulled over for ‘protectional’ reasons then those stops are truly baseless, that’s a civil liberties issue.”

This has already been a long, hot summer and unfortunately, it will probably get worse. Now, we have more indigent drivers with tickets they can’t afford and problems they cannot solve. The Mayor and DPS have squandered the little momentum DPD was making with “community policing.” However, I don’t want to keep you in suspense. The grades are in.

Adam Bazaldua got an A. His swift actions and his close ties with neighborhood leaders in District Seven won the day. He campaigned on the idea that he would be a man for all of the people in his district, and he did that. If he keeps that up, he will be the first Hispanic mayor.

Honorable Mentions go to the other councilmembers who attended the press conference with him: Councilmen Adam Medrano, Jaime Resendez, Omar Navarez, and Chad West. Our fearless District Attorney John Creuzot was there along with Dallas County Commissioner John Wiley Price, who was seeing DPS activity escalate at the jail and fielding phone calls from angry constituents.

Incomplete grade – Deputy Mayor Pro Tem – B. Adam McGough and Lee Kleinman expressed their desire to have DPS troopers come to their districts en masse. That was “Mighty White” of both of them. Whites in their districts would be least affected and their Black and Brown constituents would be left to deal with the fallout – as usual.

Passing grade – The Regional DPS Director. He gets a lot of credit for having the gonads to show up. He lost me when he touted the goodness and grace of his officers, some from as far away as El Paso, who had issued 11,000 plus warnings and only 500 citations. That was “Mighty White” of them. But can we see the breakdown by race?

Williams was confronted about stops for third brake-light malfunction or missing front plates. They purportedly stopped any vehicle with a paper plate, even if the car was brand new. He hastily ran to the “lawful stop” talking point. (White folks kill me with that “law and order” bit until it applies to their “offenses” or their IRS returns.) Williams apparently never cruises in North Dallas. Thousands of cars are wearing the car dealer’s emblem as a vanity item.

Councilmembers Carolyn King Arnold, Tennell Atkins, and Casey Thomas all got an “F!” We understand laws and citations, municipal and statewide. The an automatic F for Failure to Appear!

Mayor Eric Johnson – His second “F “in the first six weeks. The day after a blissful inauguration, he announced his support for bringing DPS into two neighborhoods based on the “data.” If Johnson wanted to stop murders and serious crimes he would have dispersed the troopers throughout Dallas to plague motorists and a larger team of DPD cruisers, informants and investigators to the hot spots.

Sadly, DPD officers are not just strapped by problems of attrition. face more danger than they ought because the talking heads at Dallas’ horseshoe choose developers in deference to . The homeless and the poor are no match when it comes donations.

Secondly, and most importantly, Mayor Johnson knows that minorities and lasting issues with the DPS statewide. The senseless eventual death of Sandra Bland was just a symptom of an .

Mayor Johnson should end the “occupation” of South Dallas now. His North Dallas voters wouldn’t allow “stop and frisk” and neither will we. Class dismissed!

P.S. Isn’t it ironic that DPS missed the White driver with “good tags” on Loop 12 who killed Councilwoman Davis?  Or that we got DPS officers from El Paso here who may have stopped another White Driver with a car full of munitions that made it from North Dallas to kill innocent people? It ain’t irony…it’s the high price of racism?  #QuitPlayin’ #SickOfThisShit 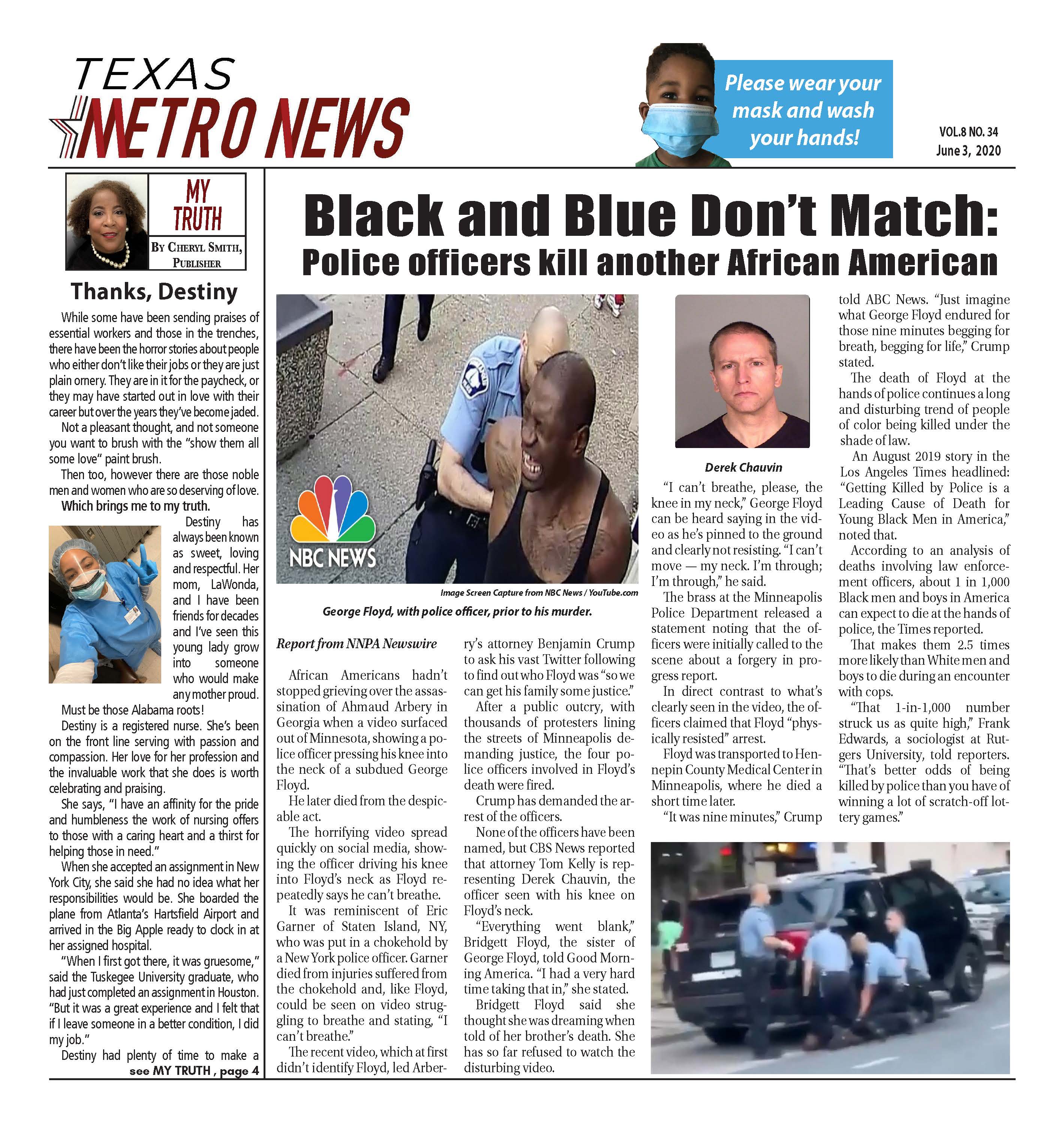 Find out what @HollywoodABC thinks about The High Note

A Message for You from I Messenger Media Cheryl Smith https://t.co/eXGADlBLt0

Hear Thomas Muhammad discussing issues of the day and providing a history lesson on police brutality.