Neighbors hope a new park will replace the toxic dump. But city officials on Wednesday revealed no plans for the site and provided no results from environmental testing.

Dallas is acquiring an abandoned recycling site where Shingle Mountain — more than 100,000 tons of ground-up toxic roofing materials — sat for years in a southern Dallas neighborhood.

What happens next is unclear.

Residents hope the ownership change will lead to a new park. But the City Council on Wednesday didn’t unveil any plans for the 4.3-acre site near Interstate 45 and Loop 12 before unanimously approving the acquisition.

An environmental assessment is expected to be released Friday, and city officials haven’t said if there are any lingering health dangers for nearby residents, who reported breathing problems and other issues while the debris was there.

The city takes over the land for free under a legal settlement with CCR Equity Holdings, which owned the site and leased it to Blue Star Recycling. The latter company operated an asphalt shingle recycling facility where it dumped the material, later filing for bankruptcy and leaving the six-story Shingle Mountain behind.

Marsha Jackson, whose home sat near Shingle Mountain until the pile was removed in February, and who first raised the alarm to the city about it three years earlier, said more green space would aid in the healing and growth of her rural neighborhood that is surrounded by industrial property. She said other residents have told her they feel like “a lost community.”

“We have been hurt for the last three years, and we constantly continue being hurt,” Jackson told council members before their vote. “I don’t want any other community to go through what we have been going through.”

The debris dates to 2017 and piled up as Jackson reported concerns to the city in January 2018. Public officials didn’t take notice for nearly a year after that, after a report from The Dallas Morning News.

The city hired Roberts Trucking last fall to remove the shingles, and between December and February the company hauled about 139,000 tons to a city landfill less than a mile away. A pop-up classical music concert celebrated the mountain’s eviction from the neighborhood.

Debris is still being removed from the site, a city-run tracker shows. Nearly 15,000 tons of of additional waste has been cleared from the site since March, including around 260 tons on May 4.

Shingle Mountain was actually spread across two properties in the Floral Farms neighborhood, whose predominantly Black and Latino residents live amid a mix of agriculture and industrial zoning.

Almira Industrial and Trading Corp. still owns one of the properties. Almira, which is in litigation with the city, cleaned the waste from its property. And Almira has filed documents with the city to use its property to sort and separate metals — a move that neighbors think could threaten their wish for a park.

Evelyn Mayo, a fellow at Paul Quinn College’s Urban Research Initiative, said obtaining ownership of the tract held by Almira is necessary to meet the demands of the Floral Farms community.

“We’re urging council to acquire that tract because that’s one step closer to permanently protecting the residents, hopefully with council acquiring it, rezoning it and working with the neighborhood to designate it as public park space,” Mayo told The News.

Council member Tennell Atkins, who represents the southern Dallas district that included Shingle Mountain, said it’ll probably take a few months before ownership of the CCR Equity site is officially transferred to the city. He said the city completed its environmental assessment of the site on Monday, and he thanked residents, community advocates, city staff members and his council colleagues for their work.

Before the City Council decision, residents and community activists urged officials to work with the neighborhood and other partners to acquire the Almira property too to prevent another environmental disaster.

Dallas-based HKS Architects is helping residents design the park, and supporters said the community-driven neighborhood plan has support from groups including of the Dallas Regional Chamber of Commerce, the Trinity River Audubon Center and Paul Quinn College, which sits two miles from the site.

“Shingle Mountain caused a negative impact in our community,” said Genaro Viniegra, a Floral Farms resident. “And we want to see something positive come out of it.” 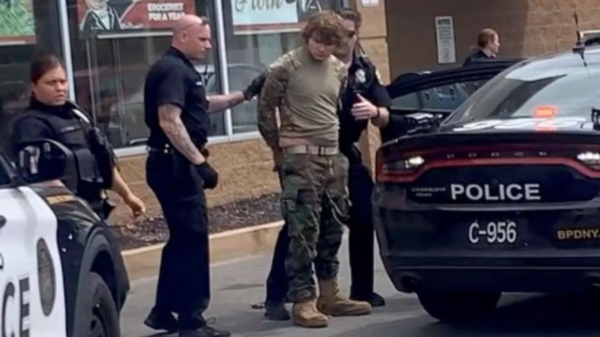 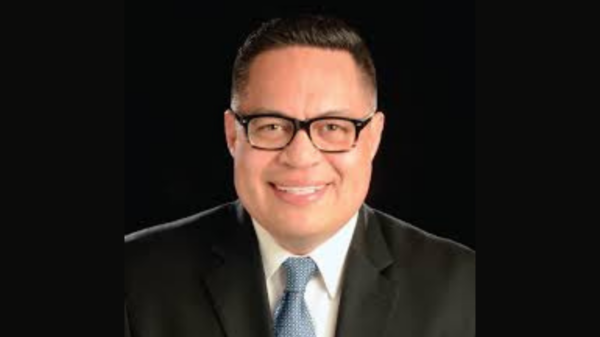 Dallas – The Dallas City Council approved a resolution in support of the development and implementation of a Student Transit Program offering free fares for... 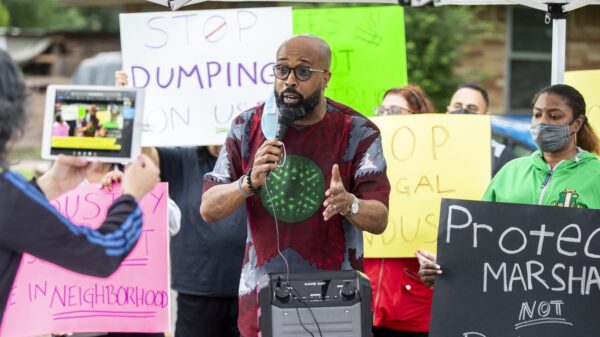 Southern Dallas leaders Frederick Haynes and Michael Sorrell call out the city for failing to protect this vulnerable neighborhood from environmental racism. By Sharon Grigsby...