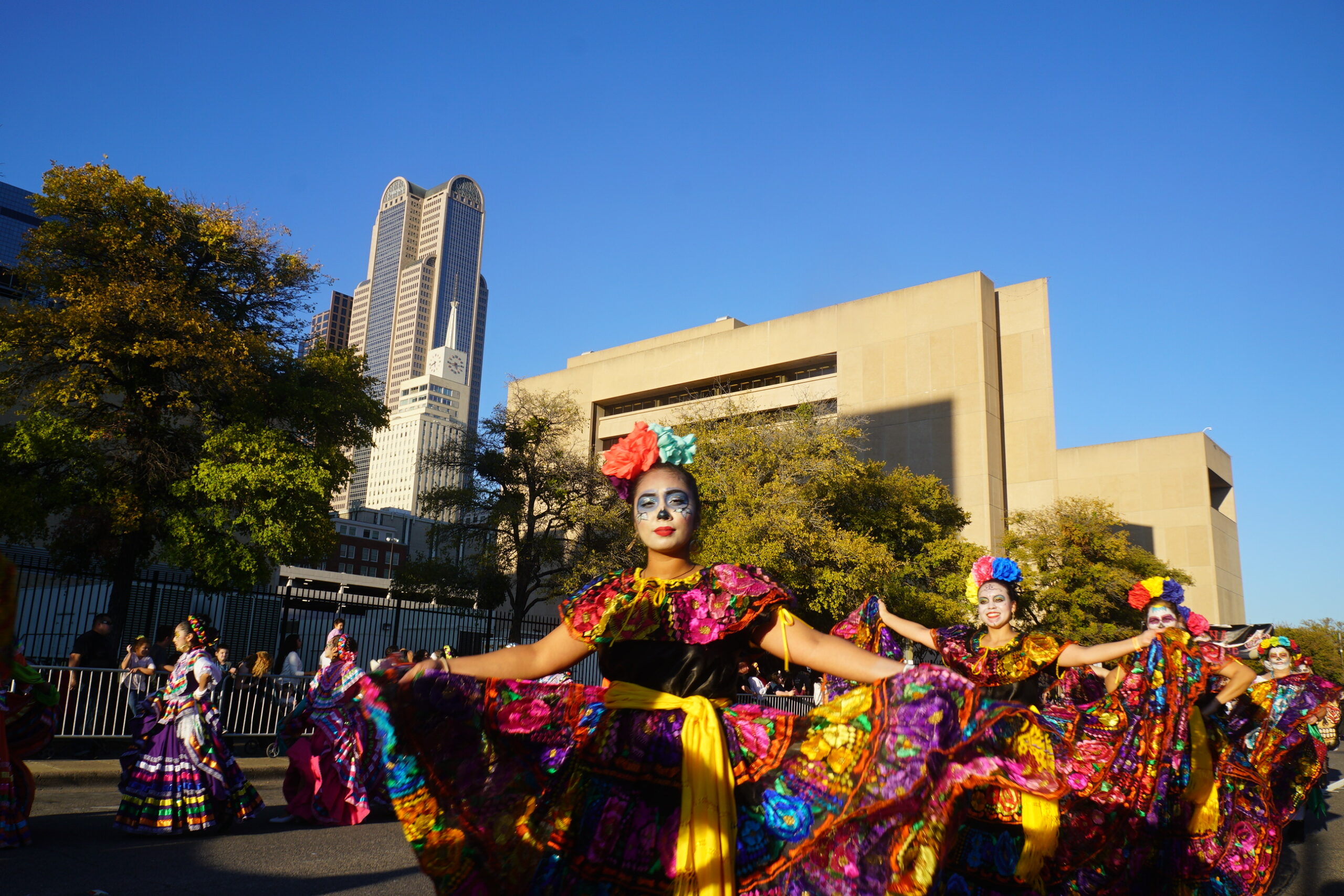 Mauricio Navarro and his team started planning the 2020 Día de Los Muertos (Day of the Dead) parade shortly after the success of the first one in Dallas in October 2019. The parade and festival that was free to the public last year drew more than 40,000 people to downtown Dallas.

With a large Latino population in North Texas, Navarro knew the Mexican holiday that celebrates the life and death of loved ones who have passed away was important to bring to Dallas in hopes of preserving a tradition. He invited local vendors, musicians, artists, and nonprofits organizations to get involved.

The public was encouraged to march in the parade in honor of their loved ones. There were many floats with altars honoring the deceased. Many families walked together in their colorful Day of the Dead costumes. Several women dressed as “La Catrina” who are tall female skeletons wearing a fancy dress and hat with feathers.

But like many events in Dallas, Navarro has decided to postpone this year’s Día de Los Muertos parade and festival that was supposed to happen on October 31.

“Right now, we have more important issues in front of us than a parade,” Navarro said.

Navarro says they expected twice as many people this year, but there is no way to keep people six feet apart.

Navarro said he and his wife, Norma, spearheaded the Día de Los Muertos event for two reasons. They were tired of seeing it become another holiday that businesses used to sell dolls, food, and t-shirts. And it was also a way to allow Latino families who can’t go to Mexico the opportunity to celebrate the holiday the way it is done in that country.

Navarro, who was nine-years-old when he moved from Mexico to the US, wants children to learn that this Mexican holiday honors family and it is not what some may believe is a version of a Mexican Halloween.

This is the second time Navarro has had to postpone a parade this year because of COVID-19. He also produces the St. Patrick’s Day Parade and Festival in Dallas.

He is confident that the Día de Los Muertos parade will happen again.

“The parade will come back, and it will be an incredible one. It will be something that we will so proud of, and the city will shine, and we’ll show the world what Dallas is really about.”