Overcoming the feeling of loss is not easy for everyone and people grieve in different ways.

During a discussion in class, one student would not accept that his reality was his alone and he couldn’t rely on his own narratives to describe or rationalize for the actions or feelings of others.

Too often people will expect others to act as they would in a situation, foregoing what is real for that person. Loss, pain, joy, sorrow, happiness—everyone reacts differently but too often we become judgmental if we feel that the response is not adequate, normal or appropriate.

You know the people who will tell, almost demand that you smile; and they don’t have a clue about what is going on in your world. Or, the person who tells someone that you saw them and didn’t speak, when you were totally in another space, dealing with your own issues and really didn’t see them.

When do people learn to stop trying to make their reality the reality of others? When do they realize that the only shoes they are walking in are their own, so they don’t know your truth?

I am in pain. My heart aches. But life has to go on and I must have faith that “this too shall pass.”

But right now, I don’t know if I can be consoled.

You see, it was July 6 when I heard the news that the Chicago Defender would no longer be available in print. Instead, I would have to read the digital version.

Now there will most likely be those who say, “don’t worry, don’t despair.”

Guess what, I am worried and I do have a feeling of despair, frustration and almost anger.

The Chicago Defender is family to me, and Real Times Media is a major media force and source in America, especially Black America.

I know times are changing and change is good; however I think about the readers who don’t have use of electronics or internet/wifi service. Sounds illogic, but I submit to you that everyone in this great country does not have all the “necessities” or “luxuries” that you enjoy.

According to a study conducted by the PEW Research Center, “roughly one-in-five American adults are “smartphone-only” internet users – meaning they own a smartphone, but do not have traditional home broadband service.” Also, about 73% of U.S. citizens over 65 use the Internet. So what about the other 27%?

I realize that print newspapers have been declining for decades, but did you know that online news sources have experienced a decline in recent years?

The most successful newspapers are those that can embrace and capitalize off of multimedia platforms. Digital is not the enemy, it’s the future.

Sometimes, I have felt, however, that for those of us in the business of the Black Press, as hard as we work, we never get the love from those we are a voice for, Black People.

Sadly, most Black-owned newspapers are free and still you have Black People, who are the main focus, will turn up their nose, waving their hands as if to say “move aside,” or “get out of my face” if you try to pass one to them.

At I Messenger Media, we are using print, broadcast, digital and if we have to, drums; to tell our stories, to continue being a voice for the voiceless. We love our people and we love the stories we are able to share that might not ever be told.

We appreciate the love we receive from many. There are those who show love when they see us coming and they make up for those who will jump for joy and post all over social media when they see themselves in mainstream publications, but barely acknowledge Black Press coverage, until they get into trouble.

Just like the Black College, or Black-owned businesses, and even the Black Church; the Black press suffers tremendously in America from a mentality that was a direct result of post slavery advances. Once we were given the “privilege” of partaking; ours for some, will never be good enough.

Recently I picked up the Korean Weekly. At first glance, I was sure it was a monthly or an annual publication. Imagine my surprise to learn this more than 160-page publication comes out every week! The Korean business, church and education communities support that paper.

Founded in 1905, the Chicago Defender did receive significant support, at one time. It was considered to be “The Newspaper,” even printing daily for several decades.

I have so many wonderful stories about the Chicago Defender and I wish Mr. Hiram Jackson much success, because I will be watching and learning as we also continue diversifying our revenue streams and hopefully continue providing a print copy to the percentage of readers that have no desire to read electronically, for whatever reason.

It hurts to see the change with the Chicago Defender, and I know I will manage; but I take solace in knowing that there’s strong leadership and a visionary leader at the helm.

I just hope that people will support the efforts. It’s about survival and the Black Press not only needs, but deserves support.

I hurt, just like when I hear about a Black college or business closing.

I don’t need to hear “this too shall pass,” or the likes of “that’s the way of the world.” My pain is real but I use it to move me to action, to make me work harder to put out a better product and to earn support from the communities we serve and the business communities.

So, like so many others, sometimes when I am not smiling, just think of the song, “Tears of a Clown,” and give a person some space. 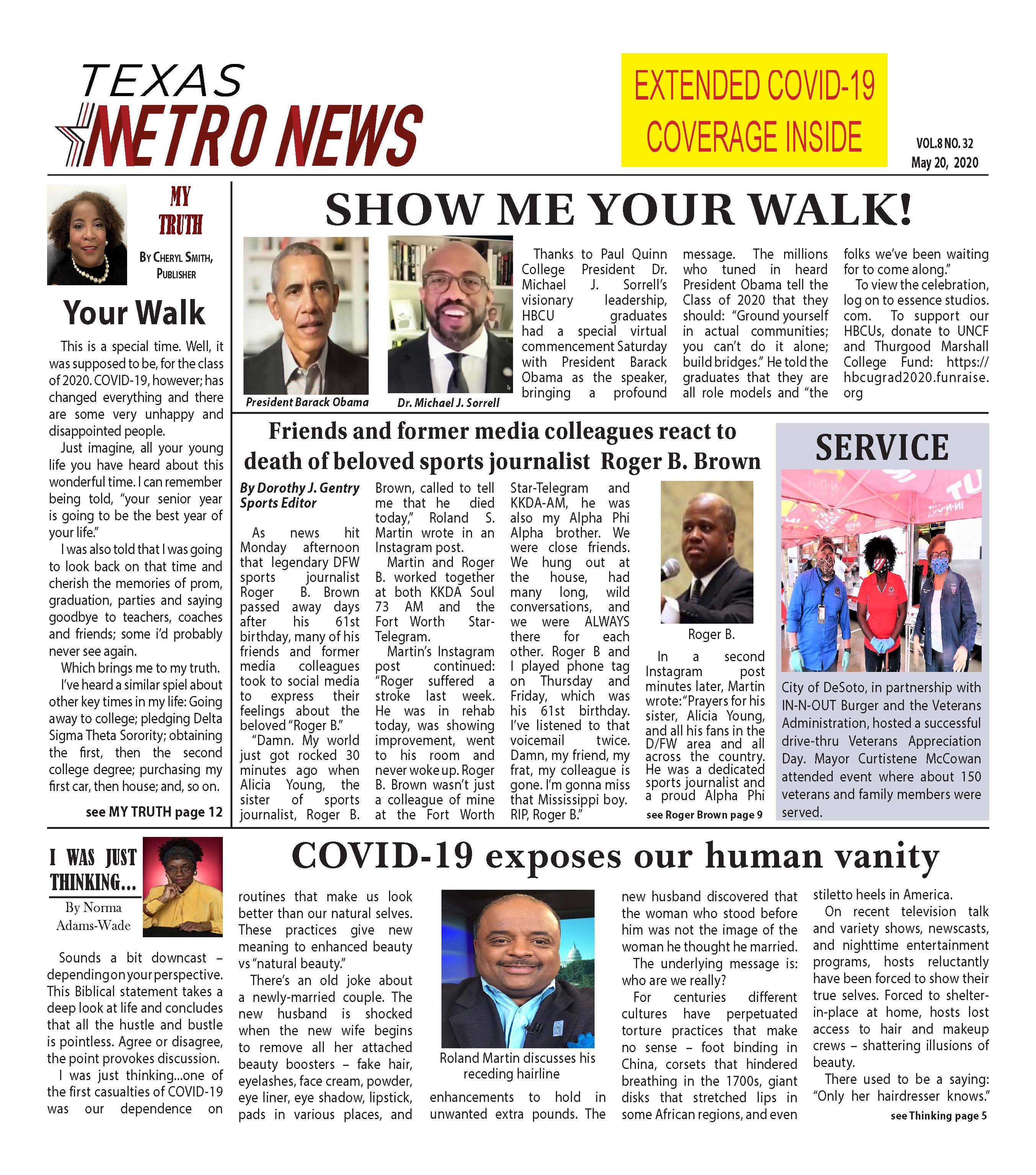