I think I will call it quits and still not understand, and still be shaking my head. I’m talking about core values. Who are you? Whose are you and what do you stand for? What is your purpose? It has been said that the two most significant days in your life are: 1. When you were born, and 2. When you realize why you were born. Apparently there are some folks who live almost their entire lives before they realize their purpose, before they understand the greatness that was there inside of them all the time.

Unfortunately, there are those who either never realize and those who find themselves coming of age, if you will, as they are about to transition. When I was growing up, my mother preached to us the importance of being clean and taking care of your surroundings. Funny as I think back to when I was a child and we would move. By the time we closed the door on the home we were leaving, it was spotless! I would wonder why we were cleaning when we were leaving. And I’m not talking about spot cleaning; I’m talking about the cleaning that leaves the place spotless.

My mother said, “Like you’d like a place to look if you were moving into it.” Okay that was cool, but when we got to our new place, guess what? That’s right, we had to clean that place, even if it was “spotless.” And don’t let company come over! Earline was going to make sure the house was spotless! She wanted our house to be clean and taken care of, and this was the case with our bodies. Then too, she always talked about if we didn’t have a multitude of anything, we had to take care of what we had. If we had one of anything, when we put it on, it had better be clean and without holes. We learned at a young age to “go get that sewing kit.” And she would tell us our underwear better be clean, just in case we were hit by a car or something.

In my head, I would be thinking, “If they were clean, and I get hit by a car, they won’t be clean anymore!” But I wouldn’t say that to her. Which brings me to my truth. The other day as I sat in a restaurant eating, I saw a young woman, late 20s or early 30s, cleaning out her car in the parking lot. She had a car full of children and another adult who sat and watched as she threw napkins, drink bottles, empty food packages, empty cigarette packs and all kind of other stuff on the ground. It was disgusting to watch. And some might be saying, “you (meaning me) should have went up and checked her, if it bothers you so much.”

At least, that’s what the Pizza Hut manager told me. And guess what? There was a time that I would have said something like, “Do you want me to help you put all of that in the garbage? But sometimes, you get tired. Yes, we were in my community, and I get tired of people complaining about how bad our communities look when they are the main ones tossing trash out the car windows, changing your baby’s diaper in the car and throwing the soiled diaper on the ground or doing as the aforementioned young lady did. Now I call it trifling. Just think. How do you feel about the person who goes to get a pedicure and when they get where they are going, take off the pedicure shoes, put on their real shoes and leave the pedicure shoes on the ground by the car? Or what about the women who complain about the “dirty, nasty ladies bathroom.” Well, who went into the bathroom and dirtied it or made it nasty? I’m just gonna ask, does that used sanitary item on the floor or sink belong to a man who brought it in there?

I’m just asking because folks want to criticize people for being poor. Is “poor” a state of mind? While I may not have lived in a mansion, my home was clean and so were our clothes. We didn’t look like we didn’t know better. Do you think folks don’t know better or they just don’t care? I know some who just don’t care. You’ve seen them at work, in the club or at church; matching from head to toe and dressed impeccably, all the while smelling so fresh and clean. Just follow them home, and they’ll make you want to puke! Whatever the case, something needs to be done about making people value themselves and what they have.

Being clean is just the decent thing to do. I marvel at my delivery man who wears an apron that is always clean and I think about those restaurant workers who take their aprons home and toss them on the floor, picking them up from the rubbish to go and work another day bringing the filth from their home, or picked up as they wear the apron home on public transportation. I believe it could be a pride thing. Whatever the case, it is a reflection on YOU! 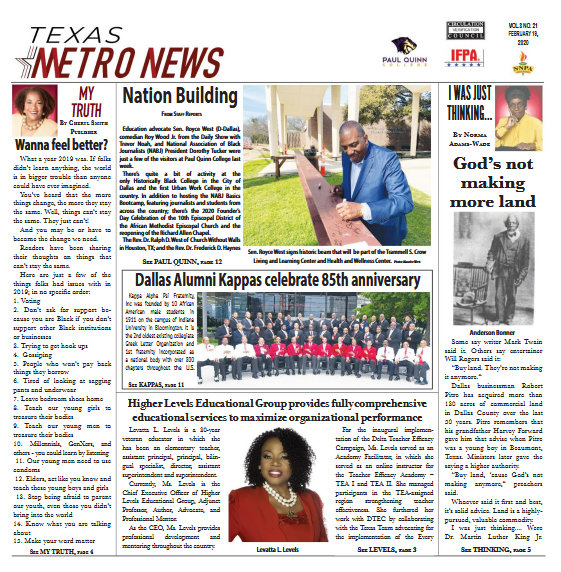