A 1993 graduate of that dynamic HBCU, whose main campus is in Baton Rouge, Louisiana; LaQuitta is a passionate woman who tackles everything she undertakes with enthusiasm, confidence, skill and commitment.

I like to jokingly present a narrative of a young girl who growing up always wanted to attend my alma mater, the great Florida A&M University (FAMU). The idea of attending such a phenomenal school was actually on the minds of so many young boys and girls around the country, and even abroad. But as LaQuitta prepared for college, she saw her wishes swiftly moving further and further from her fingertips. So it was off to Southern University (her second choice) she went, seeking a degree in math/computer science.

Now this brings me to My Truth.

And first I must begin with dear Madam President LaQuitta Thomas’ truth. She didn’t really want to go to FAMU, I just like to say that everyone wishes they could be a Rattler! And while we can have a spirited rivalry, we enjoy HBCU Love. Like me, LaQuitta loves HBCUs and she supports them all.

Now she has a chance, as president of the national alumni association; a position she has also held locally, to be the ultimate ambassador for her school.

When people think of LaQuitta, they never doubt her love and commitment to the school. I remember another Southern Jaguar, my good friend John Woods. Also a former president of the Dallas Southern Alumni Association, John worked tirelessly and gave his all for his alma mater. When I received the news that LaQuitta had won, I cheered like it was a victory for FAMU. And in my mind, it was because any victory for an HBCU is a victory for us all.

For years I have been thinking about what would happen to FAMU after I am long gone. I’ve thought about the other HBCUs also because I want them to be around too.

So for FAMU, as a life member of the alumni association and past president of the Dallas-Fort Worth chapter; I try to show love any and every opportunity I have. I’ve done it all: gave money, recruited students, reclaimed alumni, visited campus and classes, solicited support and more.

I need to do more, however!

And so do so many of us. No, everyone is not going to be a leader in the alumni association, but they can be a big supporter in so many ways.

I remember in college, other students would be called out for being “shirt-wearers” or just showing up for parties. The difference, I saw back then, was that at least they were purchasing their own shirts and tickets for events.

Let’s face it. Giving has to increase.

We, alumni, have to be the biggest cheerleaders, donors and champions of our schools. Don’t you realize that if you talk bad about, cast dispersions upon, and fail to support, you are the biggest of our HBCUs’ problems?

We have to write those checks, send our children, recruit, and shout from the rooftops. Also, include in your will. No, you don’t have to do it all, but you have to do something. You should!

Where you are today has a lot to do with what you did and what you learned on that college campus.

Recently, I had a conversation with a young man who proudly rattled off his list of one Black college. He explained that he wanted to be in a “diverse” environment.

Now, I think it happens to come from aging, or maybe just getting sick and tired of trying to get people to fall in love with themselves, or at least give us (HBCUs) a chance; but I began a lecture.

You see, all my life, I have never heard anyone but us try to run with that narrative. The whites who sat in class with me at FAMU said they were there because of the great program.

Now I have heard us say, “It (predominantly white institution) is a good school,” but they don’t know what the graduation rate is for Blacks, percentage of Blacks who get internships or hold key positions on campus, or those who have jobs upon graduation.

The brilliant Dick Gregory said we have to embrace the culture and benefits of the HBCU experience, just as others do theirs. We have to provide the hook-ups (my word) where it matters not for football tickets or galas, though. But how about employment, scholarships, internships, loans, etc?

How about some Black privilege? We can rewrite the current narrative. 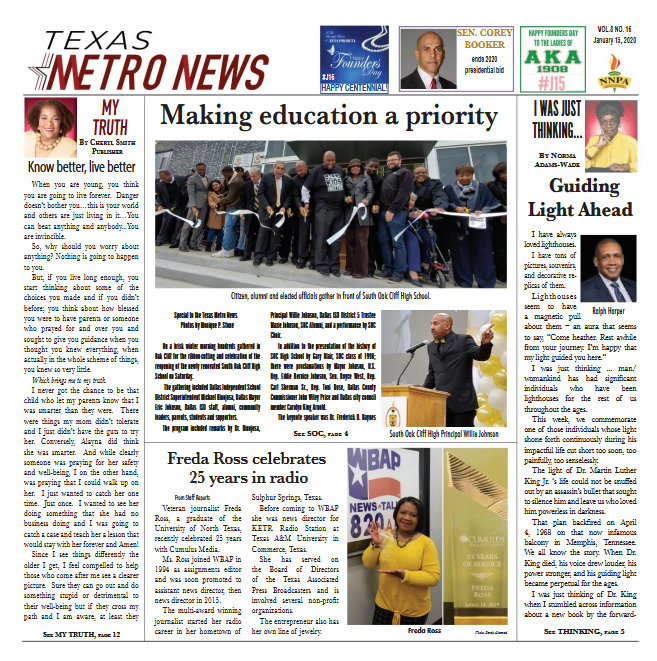 GROWING ITS LEGACY: WHAT SUBARU BRINGS TO THE SEDAN MARKET