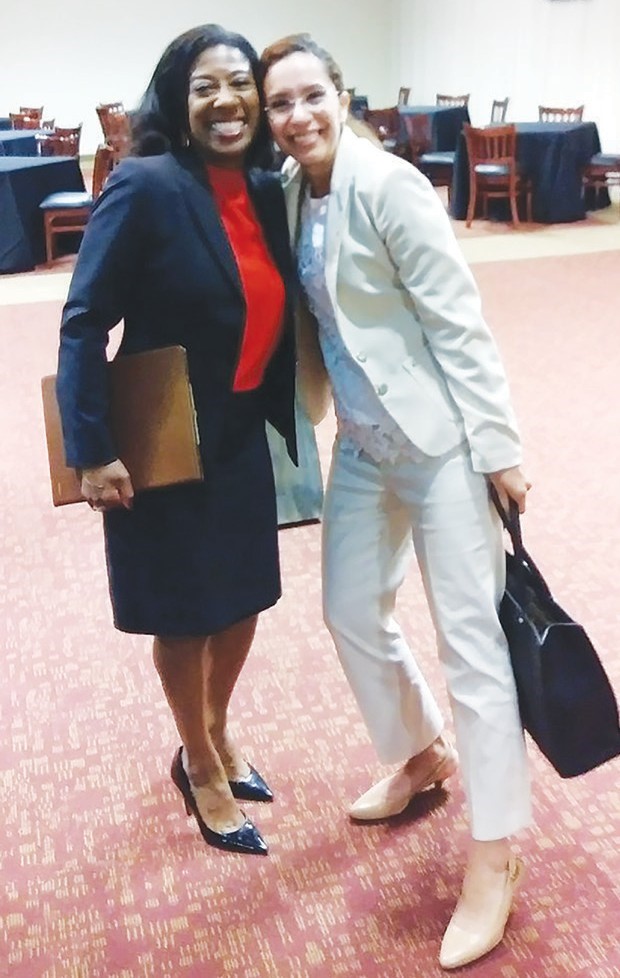 After several months of speculation, Dallas County District Attorney candidate Judge Elizabeth Frizell announced on Monday that she will not continue her efforts to contest the primary election where she fell short by about 516 votes in a spirited race with former judge John Creuzot for the Democratic nomination. “It was so close,” she said to supporters and family members who gathered at the IBOC Church. “I have decided to dismiss my lawsuit and I will be supporting John Creuzot and all Democrats. Although ending, I will continue working at my private practice as I pursue justice one case at a time.”

Rev. Denny D. Davis of St. John’s Baptist Church in Grand Prairie, the focus was on educating on the issues and “uniting” Democrats in preparation for the November 6, 2018 general election.

“We support and believe in Judge Elizabeth Frizell,” he said. “A lot has happened since the election and we have been waiting to hear where we stand and what is going to happen next.”

Acknowledging that she had received several calls asking about the election, Judge Frizell shared a rundown of events following the primary election.

Noting that days after the election the numbers had not been certified; once the official tally was released, she said there was talk and consideration of a recount.

At that time, she said, as she explained the recount process; she decided against pursuing that option and instead began reviewing the election code, which helped her to understand the difference between a recount (which would cost almost $40,000) and contesting the results. In an assertion that was backed by Dallas County election officials, a recount would not deal with issues of voter irregularities or fraud; just two issues raised during and since the primary.

And it was an ongoing investigation that was of interest to not only Judge Frizell, but many of her supporters.

“I did not start the investigation,” she said. “I wanted to see the ballots that were under investigation so I filed suit and we have been in litigation for the past three months.”

A series of events, including one judge recusal and transfer, and the failure of a new judge to be appointed in a timely manner; could be divisive, pointed out Judge Frizell.

Judge Creuzot agreed. Reached at a criminal justice conference where he is an annual presenter, he said that the two long-time friends had talked and that he has always been supportive of her. As far as the race is concerned, he’s looking ahead. “We’re going to keep doing what we’ve been doing, and that’s campaigning.”

Focusing on victory has to be the objective, according to Judge Frizell. “It’s time to move forward, look toward November 6,” she continued, adding that elected officials must be held accountable and the Democratic Party must unify and be reflective of Dallas County. “We’re the change we want. I want us to unite as a party that reflects our views and values.”