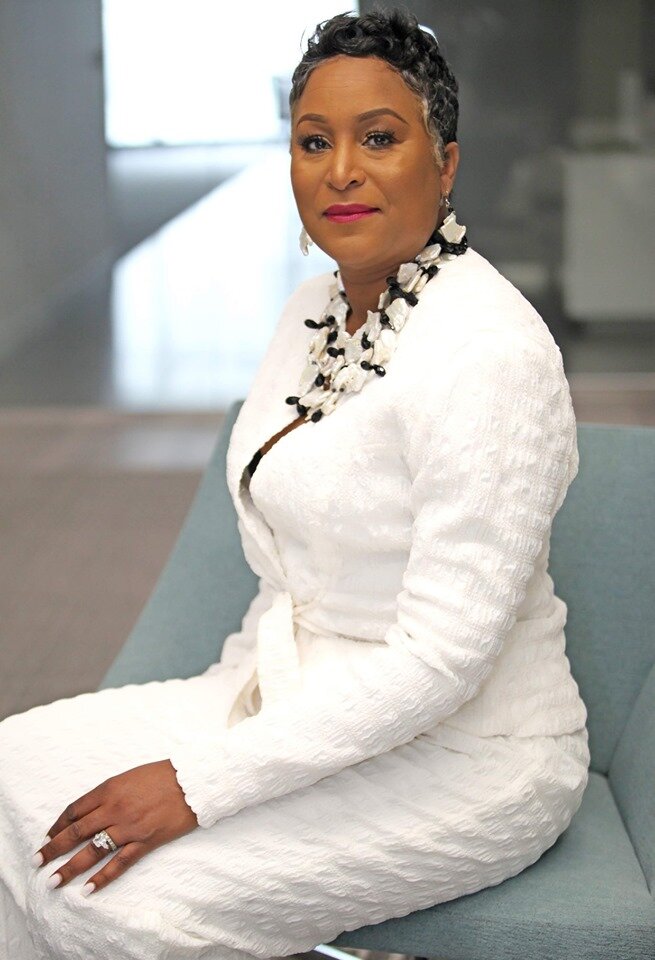 Texas Women’s Foundation has announced the recipients of its 2021 Maura Women Helping Women and Young Leader Awards, which recognize leaders who have positively impacted the lives of women and girls. The seven recipients will be honored at the Leadership Forum & Awards Celebration, presented by AT&T, April 29. The virtual event begins at 10:00 am, and tickets are $42 in honor of the 42nd anniversary of the Maura Awards. Co-chairs are Jana Etheridge, Managing VP, Chief of Staff & Customer Office Financial Services at Capital One, and Hattie Hill, president and CEO of T.D. Jakes Foundation.

The event’s keynote speaker is Adriana Gascoigne, author of Tech Boss Lady and founder and CEO of Girls in Tech, a San Francisco-based nonprofit with 43 chapters in 32 countries, which is devoted to empowering, educating and engaging women in the tech industry. In 2018, she was named one of the 20 most influential Latinos in technology by CNET and also received the Pioneer Leadership Award at the Silicon Valley Latino Leadership Summit. Her keynote is supported in part by the Catherine M. Coughlin Endowment for Women’s Leadership at Texas Women’s Foundation.

At 10:50 am, event attendees will select and join one of the breakout Leadership Forums, featuring a moderated discussion with the award recipients about key issues and their own pathways to leadership. There will be opportunities for event attendees to interact and participate. The Forums will be videotaped and available within 24 hours. In addition to the video recordings, Texas Women’s Foundation will also launch Gender Matters™, a podcast series sponsored by Kimberly-Clark that will feature in-depth interviews with each award recipient.

“We are excited to celebrate the remarkable achievements and inspiring stories of our Maura and Young Leader award recipients, who truly are agents of powerful and positive change for women and girls in Texas and beyond,” said Roslyn Dawson Thompson, Texas Women’s Foundation president and chief executive officer. “We are also eager to hear from Adriana Gascoigne, who has made it her mission to create a global network of support for women in technology and who totally lives up to her book’s title, Tech Boss Lady.”

For 42 years, the Maura Women Helping Women Award has been presented to courageous individuals who have catalyzed change for women and girls. The 2021 Maura recipients join the esteemed company of more than 200 previous honorees. The five 2021 recipients are:

Trisha Cunningham is president and CEO of the North Texas Food Bank (NTFB), a $200 million nonprofit leading the fight against hunger in North Texas. She and her team of 200 employees and thousands of volunteers worked with more than 200 partners in their feeding network to provide access to 97 million meals last fiscal year. Prior to NTFB, she served as Chief Citizenship Officer at Texas Instruments to build stronger communities globally. Some of her recent awards include being named as a Dallas Business Journal’s 2020 Women in Business honoree and 2020 Most Inspiring Leader, D CEO’s Dallas 500 Most Influential Business Leaders in 2019 and 2020, Dallas Regional Chamber’s Leadership Dallas 2019 Distinguished Alumni and Junior League of Collin County’s 2019 Nonprofit Executive of the Year. When she is not nourishing her neighbors, she serves on numerous nonprofit boards, engages in civic opportunities and spends time with her family.

Jin-Ya Huang is a social impact, community development and creative innovator with a focus on the intersection of equity, design and social justice work. She is the founder of Break Bread, Break Borders, a culinary training social enterprise that economically empowers refugee women from war-torn countries through the storytelling of cooking, food and culture. An acclaimed interdisciplinary artist, she creates work that examines her Asian identity and diasporic immigrant experience. Huang is also an accomplished, published writer and public speaker. With an eye towards new approaches to entrepreneurship, empowering women and improving race relations, she serves on multiple advisory boards and is a member of Texas Women’s Foundation’s Orchid Giving Circle. Huang is highly regarded for her ability to bring communities and people of all backgrounds together and has a reputation as a bridge builder. She is a current fellow of PLS, the Presidential Leadership Scholars Program.

Co-Owner and Global CFO of Houston-based Worldwide Oilfield Machine, Rani Puranik thrives at leading innovation, empowering others and inspiring collaboration. A motivational speaker and a certified Master Coach in Leadership Development, she is passionate about mentoring the next generation of leaders. She also serves as the executive director of the Puranik Foundation, the corporate social responsibility arm of WOM, representing three generations of women committed to education, wellness and sustainability. Founded by her mother and now managed by her eldest daughter, the Puranik Foundation operates a residential school in India called Vision International Learning Center. Puranik was named a “Top Leading Women in Energy” by the Houston Business Journal and Business Woman of the Year by the Indo-American Chamber of Commerce of Greater Houston. She is finishing her first book, 7 Letters to My Daughters, slated for release later this year.

Judy Treviño serves as the executive director for CCVI Ministries, Inc., an international nonprofit organization sponsored by the Sisters of Charity of the Incarnate Word. The San Antonio native is most proud of being a first-generation college graduate with a bachelor’s and master’s degrees and is currently pursuing her doctoral degree. Treviño was appointed by the Governor of Texas to the Prepaid Higher Education Tuition Board, and the San Antonio Mayor Ron Nirenberg appointed her to the City of San Antonio’s Audit Committee. She is active on several boards and was recently elected to the Texas Business and Professional Women’s Foundation board. She graduated from the San Antonio Hispanic Chamber of Commerce Latina Leadership Institute and participated in Leadership San Antonio Class 41. She has presented to the Latina Leadership Institute and the Boardroom Project that educates women in running for public office or serving on a board.

Nationally acclaimed, multi best-selling author, award-winning filmmaker and executive producer, transformational speaker and success coach, Cheryl Polote Williamson is a global leader who has successfully ushered 438 men and women into thriving entrepreneurships. Williamson, CEO and founder of Williamson Media Group, LLC, and Cheryl Polote-Williamson, LLC, where her knowledge, expertise and resources connect others to their purpose, is a highly sought-after influencer and business leader. She is founder and CEO of Soul Reborn, a 501(c)(3) non-profit charitable organization that has supported more than 4,500 disenfranchised, under-served and previously incarcerated women through lectures, classes, summits and conferences on leadership, entrepreneurship, money management, etiquette, storytelling and philanthropy. Williamson spearheaded Soul Reborn serving over 10,000 frontline and essential workers and children and families in need from March through December 2020 during the global pandemic. Williamson tours nationally motivating audiences. She has received multiple national and international media features and mentions and several awards for her leadership capabilities.

The Young Leader Award recognizes breakthrough leadership exhibited by a trailblazer who is achieving success in a field, initiative or sector, and creating a path of opportunity for other women to follow.

Diana Mao is an abolitionist with a mission to eradicate human trafficking in her lifetime. She actively champions for change, and her visionary skillsets have urged Nomi Network forward into enormous growth and success. Nomi Network combats human trafficking by creating pathways to safe employment, empowering women and girls to break cycles of slavery in their families and communities. She is a 2015 Presidential Leadership Scholar, New York Academy of Medicine Fellow, and co-chaired the Nexus Human Trafficking Modern Day Slavery Work Group from 2013-2019. She served on the Public-Private Partnership Advisory Council to End Human Trafficking to advise Federal agencies and Congress on how to strengthen programs for survivors of trafficking. She received the 2018 Pioneer Award from Asian Americans for Equality and 2018 Recent Alumni Impact Award from New York University. She travels extensively to raise awareness and funds for Nomi Network and to build partnerships to fight human trafficking.

Kim Roxie is the founder and CEO of LAMIK Beauty, a clean beauty brand that caters to multicultural women. After opening her own shop at age 21 with a $500 investment, she ran that store for 14 years and was the youngest African-American woman to have her products carried in a major department store. In 2019, Roxie pivoted her business and launched LAMIK as an e-commerce beauty company. In 2020, she secured a partnership with an augmented reality company to launch a tech-enabled website that allows consumers to digitally try on cosmetics. She has received numerous awards including the Barack Obama Lifetime Achievement Award for Community Service, one of the Houston Business Journal’s “40 under 40,” one of the American Business Journal’s Most Influential Young Executives and “one of the 30 Black Stars” by Face2Face Africa. The City of Houston formally named June 23rd as Kim Roxie day in her honor.

To learn more about this event and purchase tickets, visit https://txwfleadership.org/

Texas Women’s Foundation is Transforming Texas for Women and Girls, empowering them to build stronger, more equitable communities. One of the world’s largest women’s foundations, the Foundation raises funding from a broad base of donors, including individuals, foundations and corporations. These resources support more than $7 million in investments that advance economic security and leadership for Texas women and girls through groundbreaking research, advocacy, grants and programs. Since inception in 1985, the Foundation has invested $57 million in women and girls, including $43 million since 2011. The Foundation’s statewide research on issues affecting women and girls provides decision-makers and lawmakers with critical data to inform policies, practices and programs in the state. Its advocacy, grantmaking and innovative programs support solutions that help Texas women and girls thrive. In addition, Texas Women’s Foundation is an acknowledged leader and advocate in the gender lens investing movement and has deployed 100 percent of its assets – endowments, operating investments and donor-advised funds – in a gendered impact portfolio that yields strong financial returns and social benefits to women and girls. For more information, visit www.txwf.org, Facebook, Twitter, LinkedIn or Instagram or donate now.

TAKING CARE OF THE COMMUNITY

TheNew3Rs.org offers students the chance to work towards “A More Perfect Union” envisioned by President Obama.