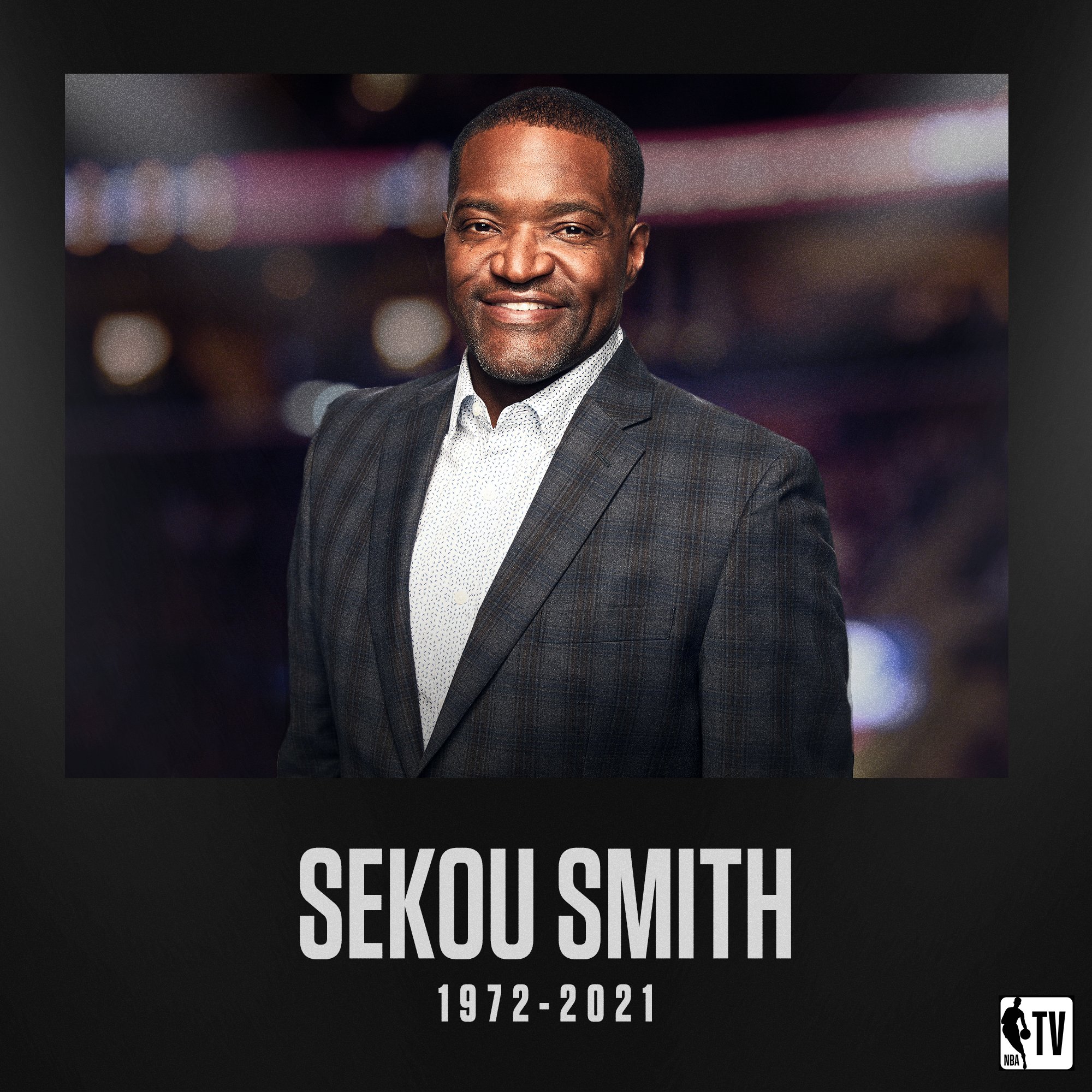 To say Sekou Smith touched the lives of everyone whose path he crossed is an understatement. He inspired, uplifted and encouraged many and left an impression on everyone, including Dallas Mavericks Head Coach Rick Carlisle who talked about Smith on Wednesday [January 27], a day after he passed.

“Our thoughts, prayers and condolences go out to the family of Sekou Smith, a guy many of us knew very, very well,” Carlisle said. “He covered the Pacers when I was there for a couple of years and then went on to a very productive television career.

“This guy was universally liked, loved, and respected.  He was a completely authentic person with great  credibility,” Carlisle continued. “It is very, very sad at age 48 for a life to end. So our prayers go out to his family and he will be missed.”

Smith, a well-known and respected NBA reporter and analyst for more than two decades died on Tuesday at the age of 48 from COVID-19.

Smith worked for NBA TV and wrote for NBA.com since 2009.

Tributes from coaches, players, fellow journalists and more continued to pour in as the reality of his death hit home.

A statement from Turner Sports, which broadcasts and operates NBA TV and NBA.com read:
“We are all heartbroken over Sekou’s tragic passing. His commitment to journalism and the basketball community was immense and we will miss his warm, engaging personality.”

NBA Commissioner Adam Silver issued a statement that read in part:
“The NBA mourns the passing of Sekou Smith, a beloved member of the NBA family. Sekou was one of the most affable and dedicated reporters in the NBA and a terrific friend to so many across the league. Sekou’s love of basketball was clear to everyone who knew him and it always shined through in his work.”

NABJ Sports Task Force released the following statement as well:
The passing of Sekou Smith due to Covid-19 complications hits so many members of the NABJ Sports family extremely hard. He was more than a colleague; he was a friend and brother to us and so many others. Our deepest prayers go out to his wife Heather and children.

Mavs.com writer and longtime sports journalist Dwain Price wrote on social media:
“I am so sad to hear about the passing of my friend, Sekou Smith. Sekou was a true gentleman and a class act and one of the best people I’ve ever met. He will truly be missed. R.I.P.”

A colleague of Smith’s from Atlanta, sports journalist, photographer and blogger Jameelah Johnson, who covers the NBA’s Atlanta Hawks, WNBA’s Atlanta Dream, NFL’s Atlanta Falcons and more shared her thoughts with Texas Metro News on the passing of her friend. Here are her unedited words on what Sekou meant to her:
“Where do I begin with Sekou Smith’s impact? Whenever Sekou walked into a room, you knew he was there. I remember thinking to myself, “Who doesn’t he know?!” But it’s not that Sekou knew everyone, it just seemed that way because he spoke to almost everyone he encountered. Whether it was a greeting in passing or stopping to have a conversation, Sekou made you feel comfortable. It translated into his work as well.

“I would learn from him when I watched how he interacted with the players. It never came across as forceful or contrived, he spoke to them like they knew each other from way back when. Before I applied for credentials for my first Summer League, I reached out to Sekou. I asked him if he’d be attending. I wanted to find people I could connect with while I was there. Sekou reassured me when I mentioned requesting credentials and then offered to introduce me to people after I told him I’d only know one person out there. I didn’t even have to ask him. That’s just how he was.

“How Sekou made many people feel is what I admired most about him. I’m thankful to have known him. He had this much of an impact on me and we were friends. I can’t imagine what those in his daily life are experiencing. I’m praying for his wife and children, family and loved ones.”

Smith started his career as a sports reporter at The Clarion-Ledger in Jackson, Mississippi, then moved on to The Indianapolis Star and The Atlanta Journal-Constitution before joining Turner Sports.

He will be missed.

Prev ArticleNext Article
Use your ← → (arrow) keys to browse
In this article:Dorothy J. Gentry

Neighbors are still reeling over flooding on this street; Dallas says it isn’t responsible