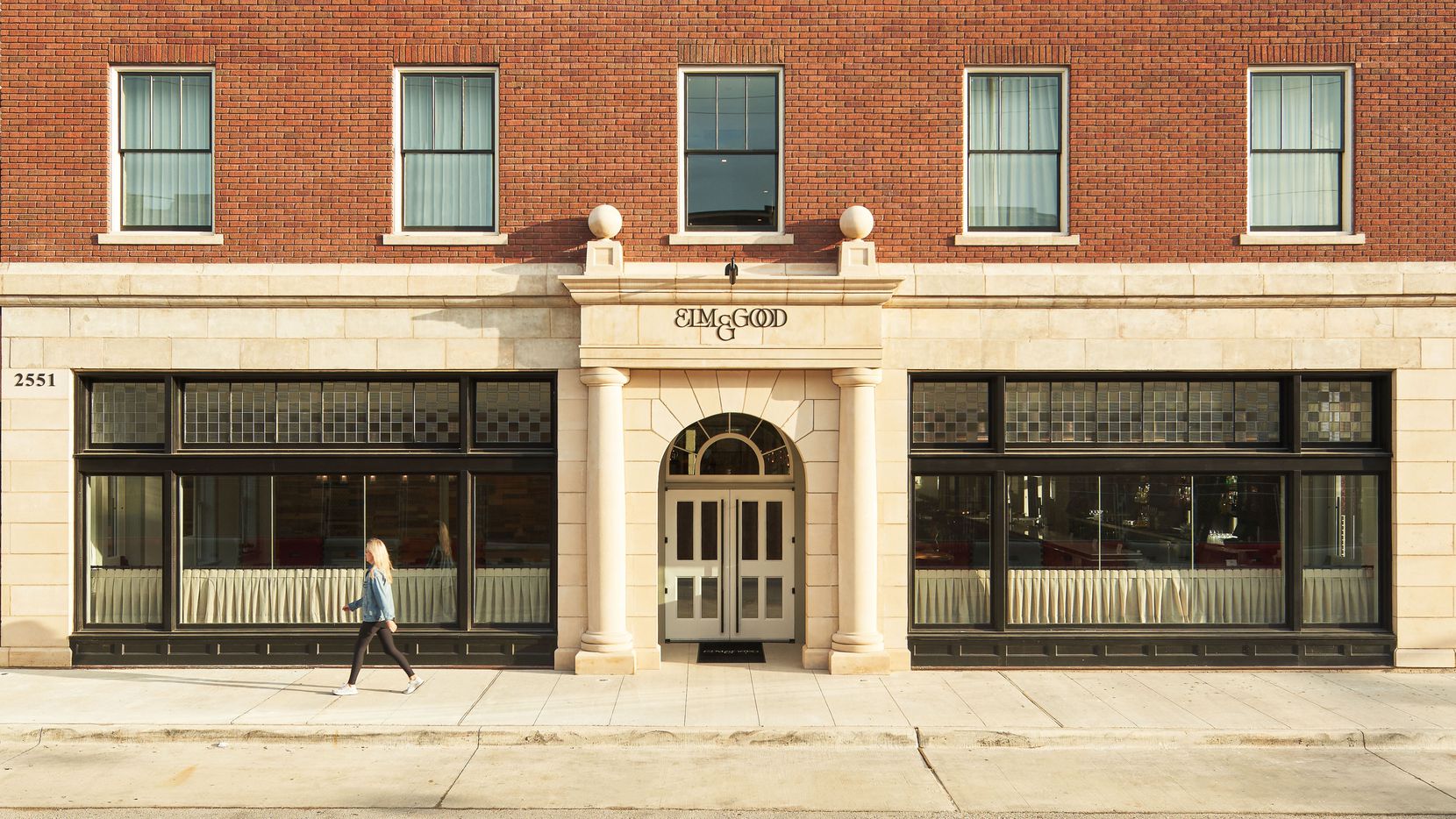 When I arrived in this city seven years ago, the old Knights of Pythias Temple, the Deep Ellum landmark that was once the epicenter of Black commercial life in Dallas, was a derelict block of a building, lonely and whitewashed. Its languishing state was especially troubling to preservationists, who feared its deterioration and eventual removal in the churn of “progress.”

That progress has come, and the good news is that the temple still stands. Indeed, its red brick exterior has been conscientiously restored, and its interior meticulously adapted, although in a radically new setting. It is now the front half of the luxury Pittman Hotel—a large addition has been linked behind it to give the hotel an expanded footprint—that, in turn, is part of the mixed-use Epic development.