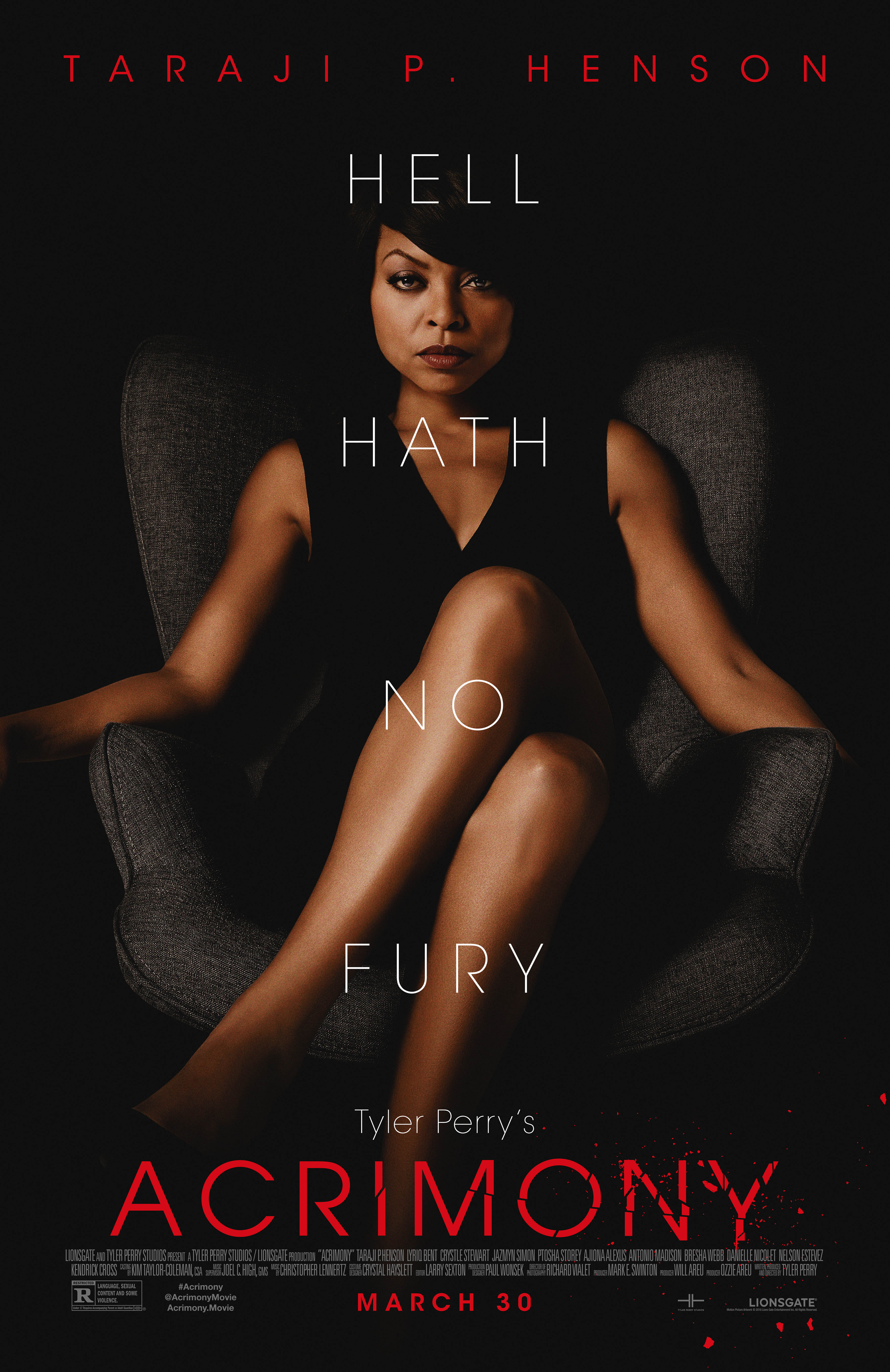 Tyler Perry’s Acrimony is the best Tyler Perry movie to date. Much like the movie GET OUT, Perry’s latest film has an interesting twist that is well concealed until he drops the bomb on you in the movie. The perspective of the movie deals with the definition of the truth. Perry shows that there are three sides to every story: her version, his version and the “real truth” which lies somewhere in the middle.

Along with other members of the iMessenger Media team, I viewed Acrimony, along with the family and friends of Ptosha Storey, at a private screening at Alamo Drafthouse in Dallas. I was determined not to be influenced in my opinion of the movie by the charm of the lovely Dallas actress. Her performance in the movie as Taraji P. Henson’s big sister, along with the other actors, was stellar.

Henson, who’s starred in several of Perry’s feature films, has a chemistry with Perry that is immediately identified. She plays an angry black woman who is hellbent on revenge after her former college sweetheart and partner of 18 years leaves her for another woman (or at least, that’s the way she sees it).

The movie could draw comparisons to Fatal Attraction and A Thin Line Between Love And Hate, but Perry brings a sense of awareness to the story that makes it different from the other movies. While she does play an “over-the-top mad black woman,” Henson goes so far with her depiction of her character that she seems more like the mother in Mommy Dearest than simply a scorned black woman.

Describing the movie further would give away too many spoilers, so let me simply say that Perry has directed a really creative drama that will leave you with your mouth wide open in shock. Again, I believe this to be Perry’s best work (and our Dallas hometown girl Storey is outstanding in a supporting role).

On my “Hollywood Popcorn Scale,” I rate Tyler Perry’s Acrimony a LARGE.

Prev ArticleNext Article
Use your ← → (arrow) keys to browse
In this article:movie review