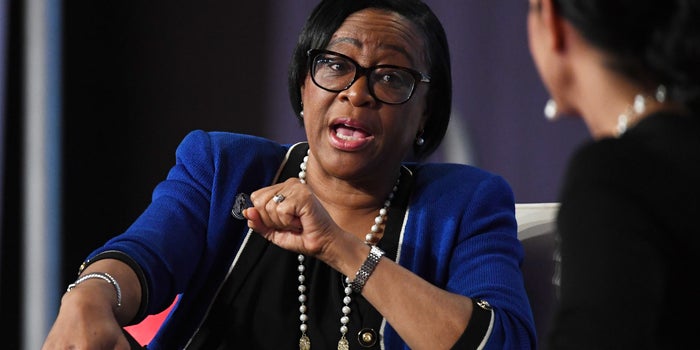 The WNBA’s Dallas Wings and the NBA’s Dallas Mavericks are joining together with the Minnesota Lynx and Indiana Fever of the WNBA, and the Sacramento Kings, Milwaukee Bucks, Minnesota Timberwolves, Indiana Fever and Cleveland Cavaliers of the NBA to host “Team Up for Change” Summit, a Call for Racial Equality and Social Justice

The virtual event, tipping off October 21, will focus on initiatives and efforts to create racial equality and social justice. Through interactive and educational programming, the nine sports teams will address issues of police accountability, brutality, criminal justice reform, economic empowerment, diversity and inclusion, and civic engagement.

“As part of the Mavs Take ACTION! plan, the Dallas Mavericks are proud to join our fellow teams for Team Up for Change in the pursuit of more equitable communities,” said Mavs CEO Cynt Marshall. “It takes all of us working together to unite and move our communities forward.”

“The Dallas Wings are excited to join other NBA and WNBA teams in participating in the 2020 Team Up for Change initiative,” said Wings President and CEO Greg Bibb. “Bringing together team representatives and players along with community leaders from each of our cities to speak about current social & civic topics is important.  This summit will help showcase the united front the NBA and WNBA set as our foundation.”

The virtual event on October 21 will be followed by a week of action featuring community activations in team markets and a nine-part online content series. The free summit will be livestreamed on team digital channels and aimed toward an audience of high school and college-aged students, youth advocates, community leaders, team employees, season ticket members and corporate partners.

Schedule of events for the Team Up for Change include:

Team Up for Change, which was first held in Sacramento in 2019, was started by the Kings in partnership with the Bucks and was born from each team’s encounter with injustice.

In March 2018, the Sacramento community was rocked by the killing of Stephon Clark, an unarmed black man, by police. Kings Owner and Chairman Vivek Ranadivé heard the cries for action, took to the court and made a commitment that the Kings, who strongly believe in the power of sports to bring people together, would work alongside the community to help prevent future tragedies.

In May 2018, the Bucks expressed steadfast support for guard Sterling Brown, who was tased and arrested in relation to a parking violation. The franchise committed to work with local leaders and organizations to foster safe neighborhoods and better the community.