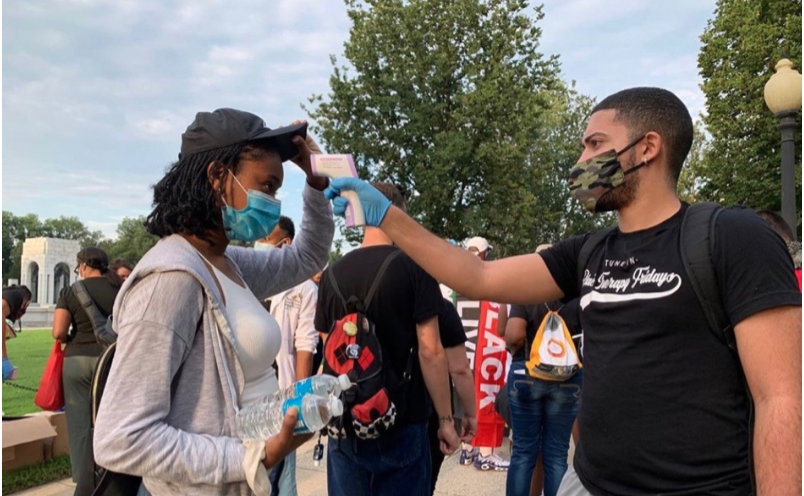 Thousands gathered for the March on Washington at the Lincoln Memorial to commemorate the 57th anniversary of the 1963 march on August 28. Protestors marched to overcome poverty, police brutality, and racism. Marchers said they hope to have lasting change and to continue the legacy of Martin Luther King Jr’s “I Have a Dream” speech.

There were strict protocols for people to wear masks and distance themselves.

Kylar Wiltz, a graduate of Xavier University of Louisiana who now attends Howard University College of Medicine got in on the action. Wiltz decided to wake up early to help on the front lines by checking marcher’s temperatures. He wrote on social media “use your passion to educate…to lead…but most importantly, to inspire.”

Jacob Blake’s father was also in attendance advocating for his son who is now handcuffed to his hospital bed, although he is paralyzed. “You have to act a certain way or they will kill you,” he said to the media at the March. “They’ve become the judge, the jury, and the executioner… all in one.”

Organizer, Rev. Al Sharpton also spoke and reminded marchers that society has come so far in changes but there’s more doors that need to be opened. Also, he mentioned that everybody might be tired but protestors didn’t “come out here in the heat for nothing,” but to make a difference.