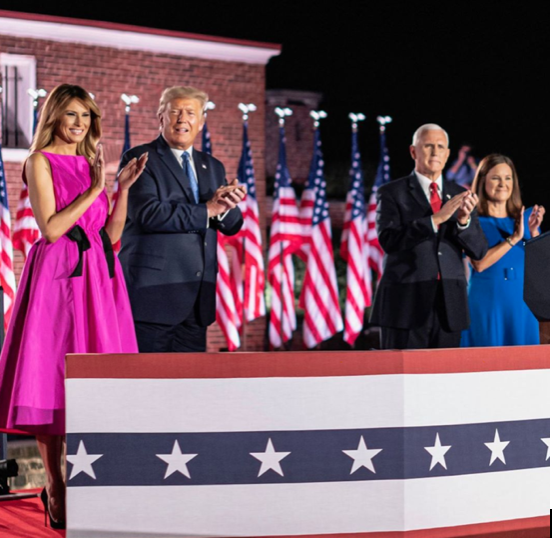 The Republican National Convention wrapped up and President Trump formally accepted the nomination. Before he made his way to the stage with wife Melania wearing a bright green dress, Ivanka, his eldest daughter compared to other speakers was composed as she said that her father is the president but while he can be too much, he is best for the country.

She said, “I recognize that my dad’s communication style is not to everyone’s taste. And I know his tweets can feel a bit unfiltered. But the results speak for themselves.”

But his speech had countless disproven claims.

For example, Trump said that Biden was going to take down the border wall but Biden has rejected that. Further, Trump said he has done more for the African American community than all the other presidents since Abraham Lincoln. But, Lyndon B. Johnson signed the Civil Rights Act and the Voting Rights Act.

On top of everything, there were over 1,500 attendees sitting on the South Lawn of the White House, not wearing masks and social distancing was not mandated, which contradicted stated precautions to overcome COVID.