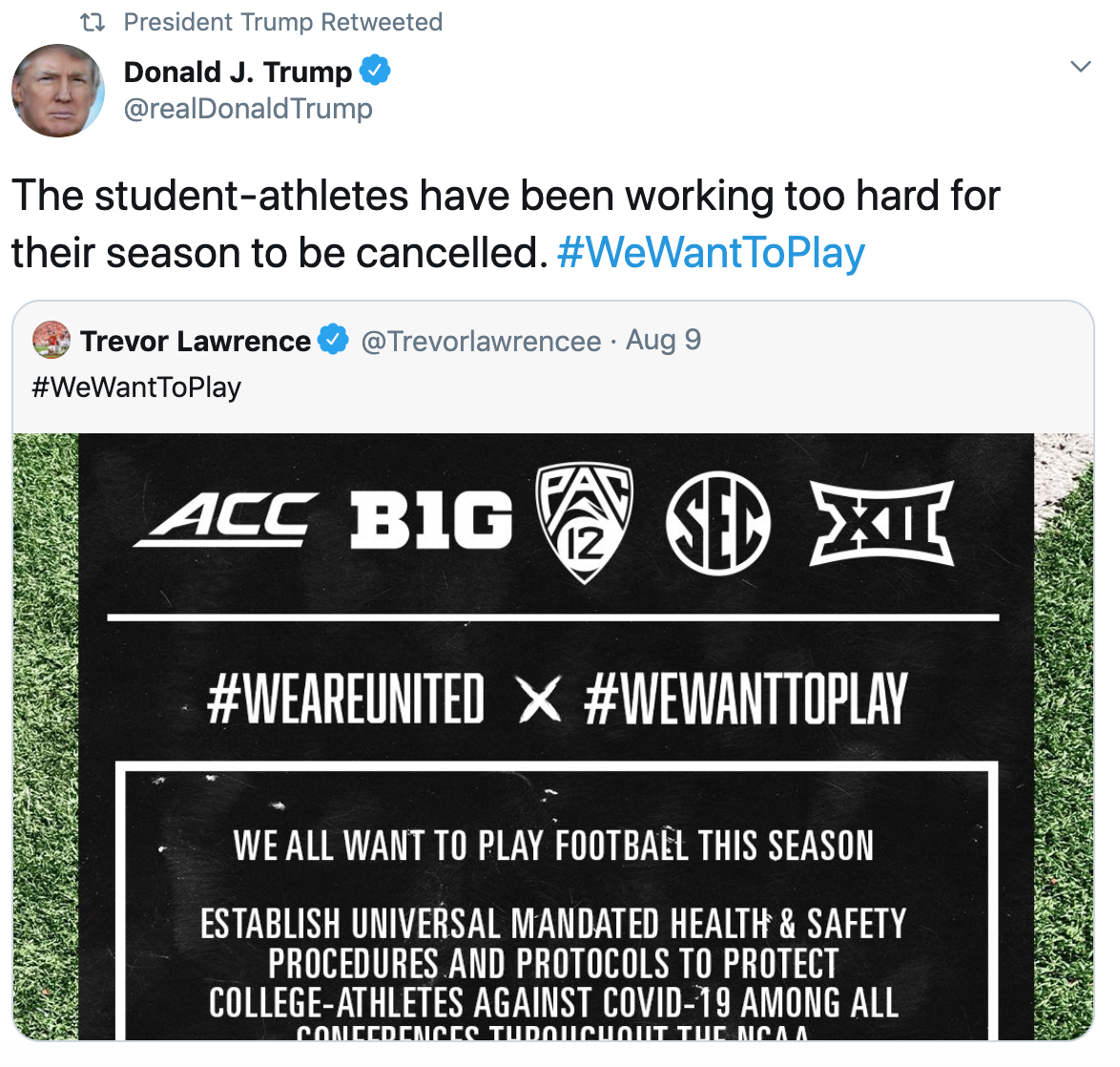 Eyes were on the Big Ten Conference and other schools, wondering if there will be a season this year. According to reports, the Big Ten committee has agreed to cancel the 2020 football season and will try for a comeback in the spring.

Before the postponement, Pete Thamel, a spokesman for the Big Ten, said there has been no vote from the league’s chancellors and presidents. While the Pac-12 has also postponed fall sports, the other Power 5 Conferences (ACC, Big 12, and the SEC) still plan on having a modified fall schedule.

Already, football teams have stepped up and made their own decision. For example, David Benedict, athletic director for UConn said in a statement that the football team will not be playing in 2020. While Trevor Lawrence, Clemson’s starting quarterback, posted a flyer on social media with #WeWantToPlay and #WeAreUnited.

Even President Trump retweeted Lawrence’s post and said, “the student-athletes have been working too hard for their season to be cancelled.”

Athletes and sports fans are waiting on the final vote.