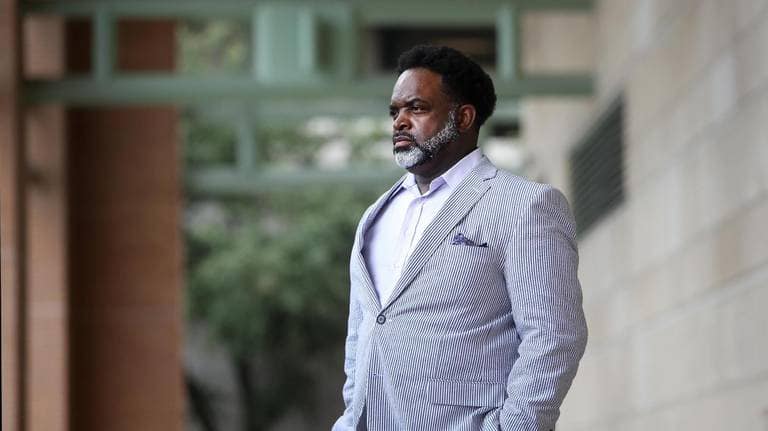 It’s a long walk to justice, but a Fort Worth attorney says it’s a necessary journey.

Leon Reed, Jr., a personal injury and criminal defense lawyer, recently began the trek from Fort Worth to 1100 Congress Ave, the Texas State Capitol – on foot.

“This is something that has been on my mind for a while,” said Reed, 52, during an exclusive interview last week with Texas Metro News.

“I struggled a long time with how I could make a difference. I’ve been to protests over the years, but I felt under-utilized, like I could be doing more,” he said. “This isn’t something that I look forward to doing.

“Right now it’s just something that I have to do. Maybe along the way, we can all come to understand that we are better for this.”

Calling his journey a “Walk for Reform,” Reed will travel along Interstate Highway 35W South through the Texas Hill Country and into the Capital City. For his safety, he will be accompanied by a friend, who will drive a recreational vehicle along the route so that Reed can rest, take bathroom breaks and retire for the night.

He will walk up to 30 miles each day, he said, adding that the 188-213 mile journey will take him about eight days.

Reed expects to arrive in Austin by August 19.

Once there, he plans to hand-deliver a letter to Texas Gov. Greg Abbott outlining his recommendations for legislation to require policy and practice changes in local police departments.

Reed says he will make his recommendations public after meeting with the Governor, but says they will broadly address officer recruitment, training and development, police operations and departmental accountability.

Reed, who has practiced law since 2004, has, for years, collected data on racial profiling and police use of force within the Fort Worth Police Department. Clear patterns exist, he said.

“I’ve been tracking police-related data in Fort Worth since 2002, and the numbers have continuously shown that people of color, and particularly African Americans, are stopped, searched, and arrested in far greater percentages than their respective populations,” Reed said.

“Minorities are still being unfairly treated by the police, and this isn’t about a few bad cops. This is about a system that needs a complete overhaul to fundamentally change what police encounters should look like.”

The TCU grad and Texas Tech Law School alum says he will also share his recommendations with Texas legislators.

“I’m doing this so that every member of the Texas Senate and House can see the data that underscores the need for reform with their own eyes,” he said.

Reed planned his Walk for Reform after watching a television interview of Gov. Abbott broadcast during memorial services for Houston native George Floyd, a Black father who was handcuffed and died after a Minneapolis police officer kept his knee pressed into Floyd’s neck for nearly eight minutes and 46 seconds.

The widely broadcast incident led to marches across the world calling for police reform and denouncing police brutality against African Americans.

Reed, who is African American, has drawn supporters for his cause.

Sara Vargas, 25, of Fort Worth, was one of 60 people who joined Reed at a remembrance for Atatiana Jefferson, the 28-year-old woman who was fatally shot last October in her home by a Fort Worth police officer.

To honor Jefferson, Reed had the corner of Evans and Allen avenues, the site of the Atatiana Jefferson Memorial, officially added on Google Maps.

Vargas said she told Reed, “I’ll help out any way I can.”

So, Vargas and five others walked with Reed from Fort Worth’s City Hall to the memorial event for Jefferson.

Vargas was inspired to follow Reed’s campaign in hopes of affecting change in police departments across the state, she said.

“Fort Worth isn’t the only city this happens in,” Vargas said. “Hopefully, the change is widespread, not just in Fort Worth, but in Texas, and eventually throughout the nation. Police reform is needed now more than ever.”

Reed was frank about embarking on his trip. “I’m getting nervous,” he said in a YouTube update that he broadcast to followers. “But God.”

Still, in the wake of Jefferson’s death and on the six-year-anniversary of the death of Michael Brown, the Ferguson, Mo. man shot by police officers, Reed said he holds out hope that his plan for police reform, if implemented, could have lasting implications for Texas and the nation.

Supporters can support the effort by visiting the campaign’s social media. Search for “Walk for Reform” on Facebook and on Instagram @walkforreform.