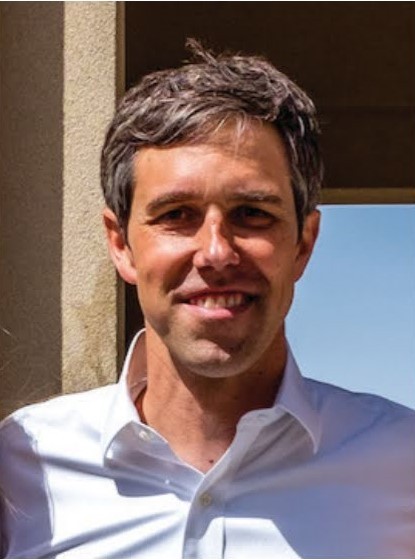 Former Rep. Beto O’Rourke, serving as his surrogate, addressed former Vice President Joe Biden’s plans for the presidency on a conference call recently. O’Rourke is confident that Biden will be able to become President even in the midst of a pandemic. According to Congressman O’Rourke, who was also once a candidate for president, although, numbers are increasing for unemployment and there is a spike with COVID-19 cases but this is the time more than ever for change. “This is unacceptable, and this is clearly a reflection of a lack of leadership that we see in the White House,” O’Rourke said. COVID-19 has had a huge impact on many communities especially in Texas. In Corpus Christi, they have run out of space in the morgue and had to contact FEMA for a morgue trailer.

Many people have been feeling hopeless and losing loved ones. O’Rourke also mentioned Congressman Joaquin Castro tweeted to the public that his stepmom passed away from COVID-19. “They are experiencing what no family should have to experience but what so many families across this country are going through right now,” he said. “We send them strength and we send them our love.” O’Rourke, who agrees with Biden that there needs to be a stop to the virus, said it is important to have employees back on their feet. “I’m grateful for the plans that he [Biden] has laid out to address COVID, the sickness, the suffering, and the death that we’re seeing here in my hometown El Paso, across Texas and throughout the United States.”

O’Rourke said Biden’s top priority is to keep everyone safe, by developing a vaccine and getting the United States financially stable. Biden plans to invest $700 billion for employees and also stop the pay disparity that is happening towards women. “Especially Black women who are paid 61 cents on the dollar for a white man and Latinos who are paid 53 cents on a dollar for a white man, have equity in their paychecks,” O’Rourke said. Biden also would like critical medical equipment made and purchased under America’s government. He also plans to invest 300 billion dollars for research and development to face challenges like COVID-19 and climate change.

“We’ve got to get back at least to where we were,” O’Rourke said. “Where people are employed, where the economy is growing, where no one has to fear going to school or to the supermarket.” O’Rourke envisions Texas, a red state, will secure the Democratic vote in this year’s election. Despite the fact that Biden’s campaign will not be able to travel or knock on doors since the public guidelines said there should be no massive indoor rallies even though President Trump had one in Oklahoma last month. Biden’s campaign has been contacting registered Democrats by phone to inform them about the election.

Addressing a source of contention in Black communities across America, O’Rourke said Biden has not announced his running mate but is committed to selecting a woman. “It would be hard for me to see Black women not at the top of the Vice President’s list,” he said. “I have no fear about him picking the right person who will be his partner in office… and also be ready to serve, day one.” In spite of COVID-19, the movement Black Lives Matter has inspired and encouraged O’Rourke. “Seeing young leaders who aren’t elected in any office of power or position of public trust who nonetheless are taking a lead right now,” he said. “With those who are elected as leaders failing at their job, gives me so much hope.”

BREAKING NEWS: It has been confirmed that Colin Luther Powell, former secretary of state, has died from COVID -19 complications.

Have You Seen These Missing Individuals of Color?