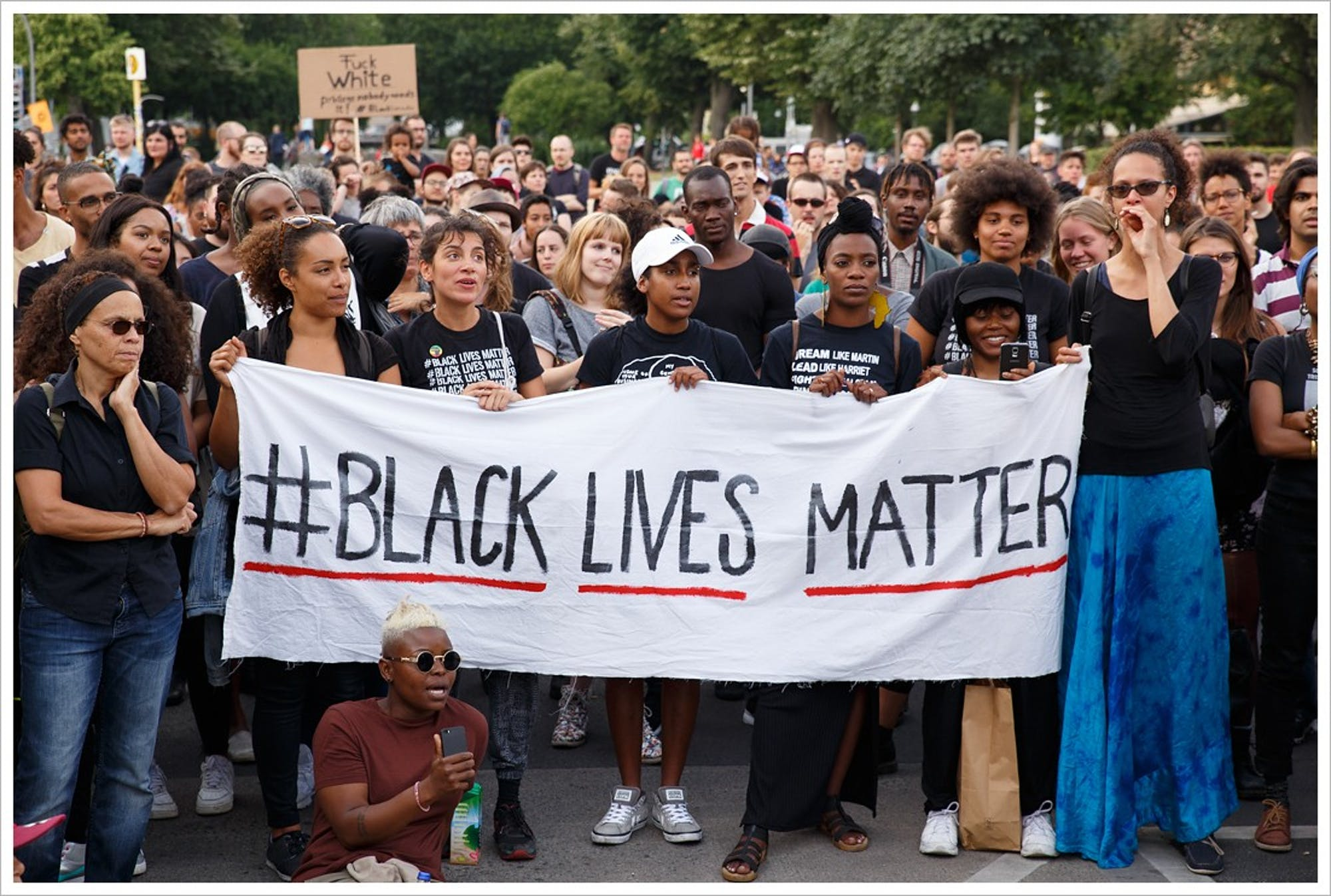 “They spit on your flag and government/Cause help the black was a concept never meant/Nigga please, food stamps and free cheese/ Can’t be the cure for a sick disease” – Paris “The Devil Made Me Do It”

The televised police execution of George Floyd was a seminal moment in American history. In old school terms, this was the LP or disco version of the same song we’ve been watching for 401 years. Instead of bullets sprayed while the subject was “running, resisting or otherwise placing an officer’s life in danger,” these animals just waited George out. He couldn’t breathe.

Before the first protest was set, I was ready. COVID-19 ain’t got nothing on COVID-1619. I played “The Devil Made Me Do It” by Paris. The phrase had been made famous by Flip Wilson’s famous female character, Geraldine. But Paris, a rapper known among Black hardliners and the Nation of Islam, was nothing to laugh about. I knew the rage that was coming first. I saw 15 years of passion and protesting with John Wiley Price and the Warriors.

Every racial incidence of this sort is compounded in the souls of Black folk by the memories of unjustifiable police killings past. Paris’ rage was tailor-made for me. When I would listen back in the day before a picket, I would be stoked. The only fear of death was in my mother’s warnings. We picketed at least six days every week, and the mothers in this community were on edge.

Rage has its place. Being sick and tired of being sick and tired can be a useful emotion. The level of disrespect that the Warriors felt was being heaped upon the Black community in Dallas gave us the stamina to keep coming. The Warriors drew some big crowds from time, but mostly we were a band of about 40. Days before the first official protest, whereby billboards were whitewashed, there were 60 in tow, five of us showed up.

Even before social media, there were “media-hoes” (our term) who came to the protest so they could channel surf the six or 10 o’clock news to see themselves. Just about like social media “revolutionaries” now. If everything you do is open to Twitter or Facebook, you ain’t doing much. IJS: The demonstrations revolving around Saint Floyd (My patron saint of Black male’s future) had some sparks but became peaceful. And they need to be because you cannot change chaos with chaos.

Dr. King had it right. You can only change society through direct action and nonviolent confrontation. His model was not rallied, instead, it was to protest. He often complained that the problem with the Negro was that he had a 10-day memory, and once we got past the emotions, we are prime to be victimized again and restart the whole process. They say that insanity is doing the same thing again and again and expecting a different outcome. If so, we, Black folks, and progressives of all races are insane.

This time we have to pick a course, stay the course and finish the course. It can’t be scatter-shooting or emotional. This ain’t about hating police, it’s about the retrofitting racist systems. This is the difference between white boys with “Affluenza” and colored boys who end up in toe tags for the same crimes.

Over the next few weeks, I want to share what the Warriors did at the eight major institutions where we forged sustained negotiations, protests, attacks, and agreements. Brute force will not get us where we want to go. In fact, I am grateful and glee-stricken to see that whites have outnumbered minorities in these protests. Believe me, history says that if these gatherings had not had so many young white participants, the casualties and callousness of the local, state and national war machines might have been astronomical. (Google MOVE in Philadelphia and realize that a Black mayor ordered this bombing.)

So let the rhythm roll on while I kick this/Brothers gonna work it out, with a quickness/And now you know just why a panther went crazy/ The devil made me