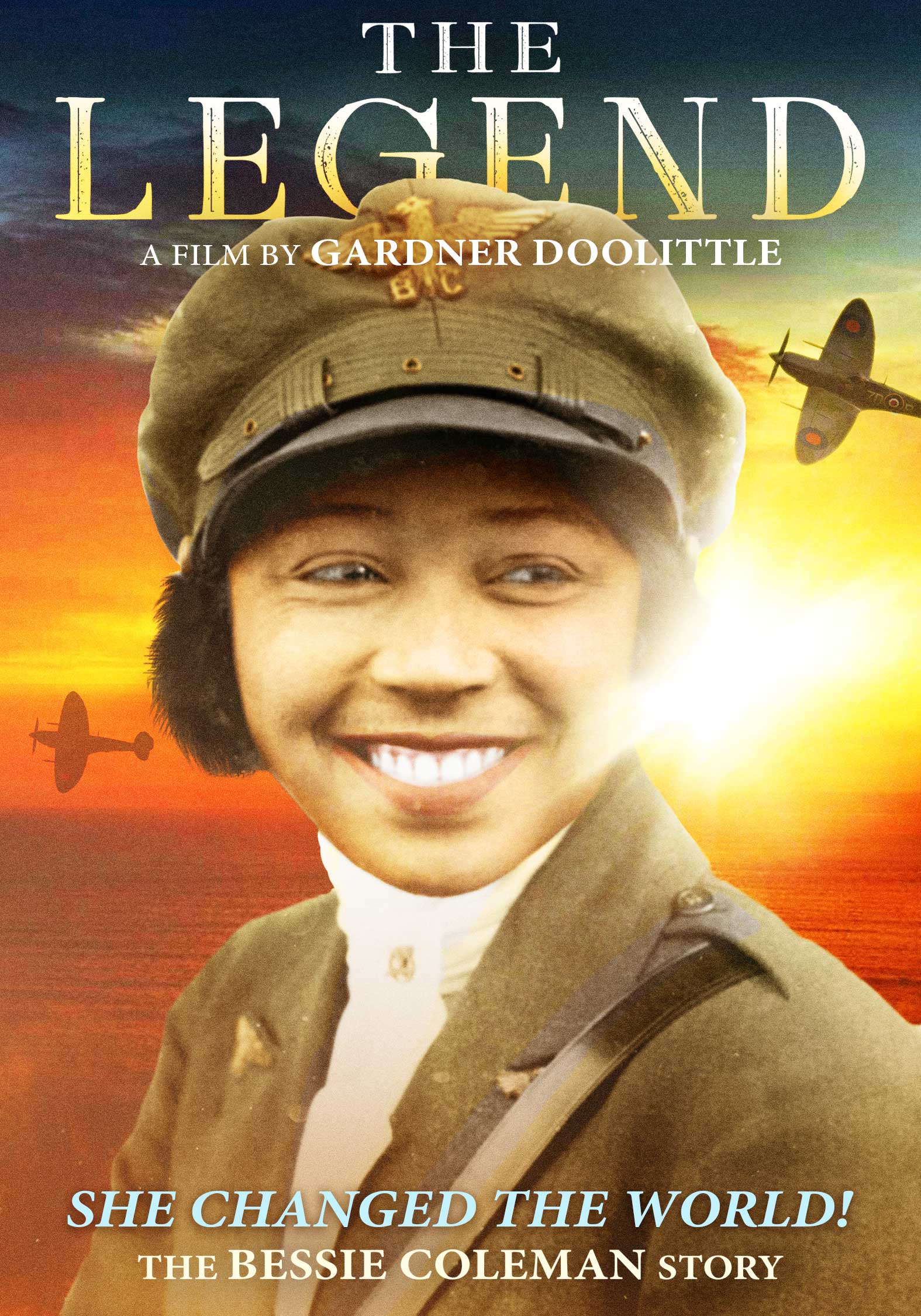 Waxahachie’s favorite daughter Bessie Coleman, died 94 years ago on April 30, 1926. The Ellis County African American Hall of Fame has placed a permanent display in the window of the museum to honor Coleman who is a household name to all in the city and the world.

Born January 26, 1892 in Atlanta, Texas to George and Susan Coleman. George Coleman was of Cherokee descent and moved his family to Waxahachie in 1894, when Bessie was two years old. George and Susan worked as day laborers —farmers and cotton pickers. George Coleman managed to save enough money to buy a plot of land, near Mustang Creek in 1894 and built a shotgun house, where he and his wife had several more children.

Coleman began attending school in Waxahachie at the age of six. She walked four miles each day to her segregated, one-room school, Oak Lawn, where she loved to read and established herself as an outstanding math student.

Like many families in Waxahachie, she picked cotton when the crop was ripe. It was work that she hated. She completed her elementary education in that school but every year, her routine of school, chores, and church was interrupted by the cotton harvest.

In 1901, George left his family. He returned to Oklahoma, or Indian Territory, as it was then called, to find better opportunities, where he thought he could avoid the racial oppression in Jim Crow Texas. His wife and children did join him.

At the age of 12, Bessie was accepted into the Missionary Baptist Church School, on scholarship. When she turned 18, she took her savings and enrolled in the Oklahoma Colored Agricultural and Normal University in Langston, Oklahoma (now Langston University), in 1910. She completed one term before her money ran out and she returned home.

In 1915 moved to Chicago, IL. and lived with her aunt and brother at 4533 South Indiana in Apt 3. By 1919 Bessie was working as a manicurist on Chicago’s South Side, when her brother John showed up drunk one day and began taunting her about her job. John had served in the Army in France during World War I and often teased his sister about how women there had more opportunities. Women in France were so liberated, he said, they could even fly planes.

She decided to pursue those opportunities. To prepare for the trip, Coleman studied French, solicited benefactors, such as Robert Sengstacke Abbott, founder of the Chicago Defender Newspaper, to help finance the venture and found a higher-paying job managing a chili restaurant.

On Nov. 20, 1920, she set off for Europe aboard the liner S.S. Imperator, then enrolled at the flight school founded by the aviation pioneers Gaston and René Caudron at Le Crotoy in the Somme in northern France.

On June 15, 1921, Coleman received her pilot’s license from the Fédération Aéronautique Internationale, an organization that oversees airborne sports. The license granted her the right to fly anywhere in the world. The Associated Press heralded her as “a full-fledged aviatrix, said to be the first of her race.”

Coleman saw aviation as a way to empower Black people in America and dreamed of opening a flight school. “I shall never be satisfied until we have men of the race who can fly,” she told the Black newspaper, The Chicago Defender, in 1921, adding, “We must have aviators if we are to keep pace with the times.”

Coleman borrowed planes at first, but in time, she saved up enough by April 1926 to buy one of her own: a military surplus Curtiss JN-4, known informally as the Jenny.

One day, she and her co-pilot, a mechanic named William Wills, took a practice flight in the new plane. Coleman sat in the second cockpit, unharnessed so that she could peer over the side and identify a good place for a parachute landing during the show. Wills flew the plane at about 2,000 feet for five minutes, and then climbed to 3,500 feet. Witnesses said the plane accelerated suddenly, nose-dived, went into a tailspin and flipped upside-down about 500 feet in the air. Coleman fell from the plane and plunged to the ground, dying on impact, on April 30, 1926, she was 34.

The mainstream press barely noted Coleman’s death, focusing instead on Wills, who was white. But many Black newspapers gave front-page coverage to her death. Coleman’s body lay in state in Florida and in Chicago, where about 10,000 people paid their respects. The journalist, Ida B. Wells, who crusaded against lynching, led the ceremonies.

Bessie Coleman is buried in Lincoln Cemetery in Chicago. Dr. Jamal Rasheed, President and C.E.O of the Hall of Fame is in the process of looking for the actual site of the home on Mustang Creek of Cleaver St. and asking anyone who might have information to contact the Hall of Fame Museum at 469-337-7989. Everyone who talks about Bessie wants to know exactly where she lived.