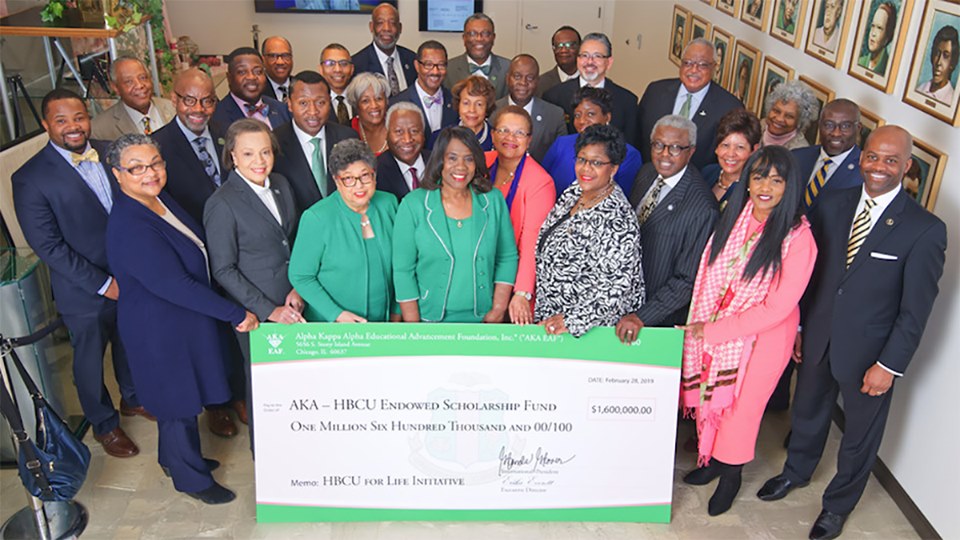 The AKA Sorority, Inc. also has agreed to collaborate in the planning for the upcoming 80th-anniversary celebration of the National Newspaper Publishers Association (NNPA) in 2020. For her four-year tenure as president, Dr. Glenda Glover has implemented a five-point plan for AKA which includes the HBCU initiative.

For her four-year tenure as president, Dr. Glenda Glover has implemented a five-point plan for AKA which includes the HBCU initiative. Dr. Glenda Glover, International President of Alpha Kappa Alpha, Inc., said the sorority would work with NNPA Chair Karen Carter Richards and NNPA President and CEO Dr. Benjamin F. Chavis, Jr., during the NNPA’s Annual Convention 23-25, 2020 in New Orleans. “When you need to know the positive stories – the real stories – about African Americans, then you understand our dependence on the Black Press for our news,” said Dr. Glover, the international president of AKA and president of the historically-Black Tennessee State University.

“It is my honor to be a part of this. Alpha Kappa Alpha has been a partner to the Black Press even right here in Nashville with the Tennessee Tribune,” she said. While the first African American-owned newspaper was founded 192 years ago, the establishment of the NNPA took place in 1940 during a meeting in Chicago. For her part, Dr. Glover and the AKAs have steadfastly continued to promote support of HBCUs across the nation.

Dr. Glover has led that challenge for contributions as part of a four-year $10 million fundraising goal to benefit HBCUs.