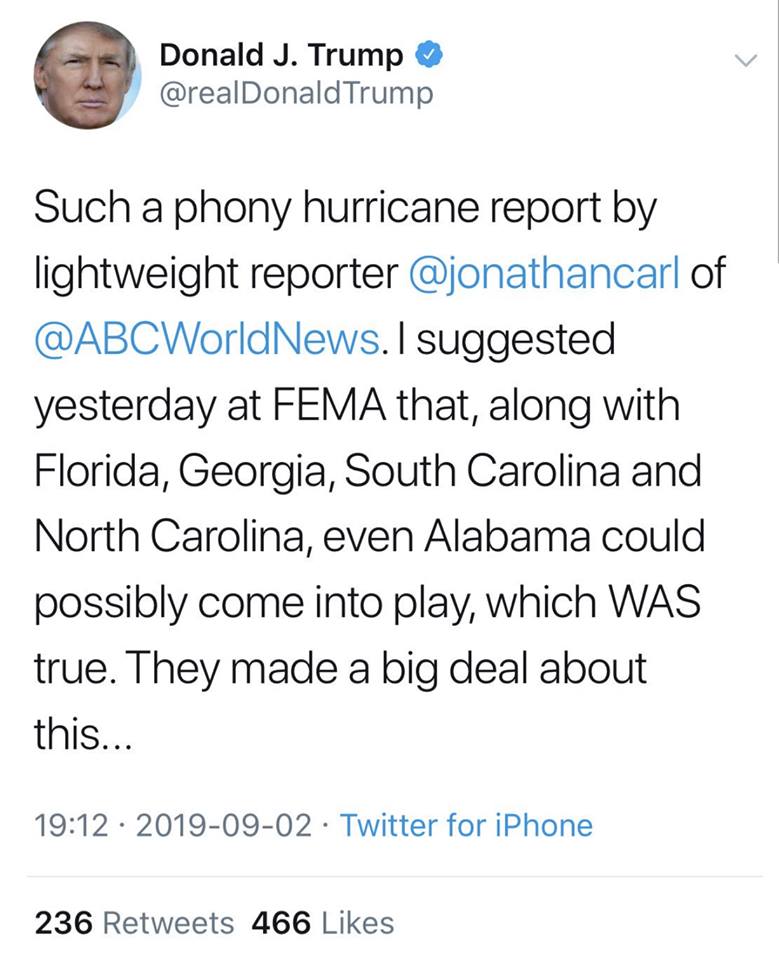 As I began to read Pastor Jonathan Carl’s recent letter to the POTUS, my face brimmed with glee and anticipation. The headline said it all: “Pastor Hits back after inadvertently coming under fire from Donald Trump!” That gave me some hope. A Christian fighting evil?

When I found out that Reverend Carl leads the South Fork Baptist Church in Hodgenville, Kentucky and is an Iraq War vet and a Ph.D. from Southern Baptist Theological Seminary, I reared back and shouted; “Amen!” I dove into the text and the advertised headline matched the tenor and the tone of the story. That is a rarity in this “far-toomany-breaking-news” cycles we live in.

This preacher admonished Trump subject-by-subject and annotated every salvo with a quote from Abraham Lincoln. “Hallelujah” was the only commensurate response. “Thank You Jesus” followed! Not that fake, phony, faux-religious Jesus that supporters of Trump hold up as an aegis of the Whiteness. My Hallelujah was to that real Jesus. The Matthew 25 Jesus who would never leave the poor and the powerless. That Matthew 21 Jesus who whipped the money changers for feeding on the poor.

The late Dr. Manuel L. Scott Sr., who pastored in Dallas, once said; “Jesus uses his advantage, to the advantage of the disadvantaged.” In other words, if Jesus were POTUS he would not require papers from Bahamians who lived through 150 mph winds for four days. Let that settle in your spirit.

Pastor Carl made several points that made me shout! Be humble. You called an experienced reporter a “lightweight.” Let’s be honest, you are a lightweight too. We all are. God is the only heavyweight who knows it all and gets it right all the time. That should keep things in perspective for all of us.

You are not the ultimate Commander-In-Chief. May we all be reminded of our national motto, “In God We Trust” and be more faithful to Him, avoiding the temptation to trust more in a politician, party, or post. “I rejoice with you in the success which has, so far, attended that cause. Yet in all our rejoicing let us neither express, nor cherish, any harsh feeling towards any citizen who, by his vote, has differed with us. Let us at all times remember that all American citizens are brothers of a common country, and should dwell together in the bonds of fraternal feeling.”

Abraham Lincoln, Remarks at Springfield, Illinois (November 20, 1860) Choose kindness. Goodness speaks much louder and more effectively than harsh words. Gentleness builds up instead of tearing down. The world is hateful enough. Meekness is not a weakness, but strength. The world needs more light and hope.

My prayer is that you grow into a bright beacon of joy and peace in a traumatized universe. “This struggle is too large for you to be diverted from it by any small matter.” Abraham Lincoln, Speech to the One Hundred Sixty-fourth Ohio Regiment, Delivered at Washington, D.C. (August 18, 1864) Let’s Keep Things in Perspective.

At the end of the day, being right or wrong on social media regarding the prediction of a catastrophic weather event like Hurricane Dorian isn’t the main issue. Thousands of souls are suffering and they need our prayers, encouragement, and support. We need good leaders. Please lead us well. “Sincerely, Jonathan Carl, a Lightweight Husband, Father, Pastor, and Latest Trump-Tweet Casualty.”

It was as if the Twitter sphere dropped its demand for brevity. This preacher found a way to “clap back” and get his whole point across. Tweets are short range missiles. This letter was a long-range bomb that left shrapnel everywhere.

Hallelujah! Dr. Zan Wesley Holmes says that anytime you shout “Hallelujah” when someone else gets his or her just due, there ought to be some self-reflection. Sometimes we can’t see the sin in our own lives until we see it in others. Example: You hear a sermon about David taking Bathsheba away from Uriah and you remember the whoremonger that you are or have been. Ouch!Therefore, in the midst of my Hallelujahs, I had to say “Hallelujah Ouch.” My social media responses are sometimes coarse and like Trump, I should think before pressing the “send” button. I’ve seen some of your SM responses and there are enough of us to create an “Ouch” chorus. Don’t judge me. Thanks, Pastor Carl, for showing us the way! #OUCH#QuitPlayin.